Netflix users are preparing their minds for the possibility that January will be an end-time for some of their favorite movies and episodic series. At the same time, January is a time of rejuvenation in the streaming content universe, where such monster hit movies as the original Superman: The Movie and The Shining begin to be available. This is also the time at which the Netflix Original series Lemony Snicket’s A series of Unfortunate Events begins. That’s Netflix’ own series, not the Jim Carrey movie – fortunately or unfortunately, depending on your taste.

The first few entries on our list of things coming to Netflix we’re posting trailers for. This is for users that’ve never seen these films or TV series before. Some films or series coming to Netflix have been available elsewhere in the past, while others have never before been shown anywhere. Netflix is part of the new age of streaming content, where it’s all intermingled into one collection.

Above you’ll see the trailer for the original 1978 classic oddity of a film, “Superman: The Movie.” This will be coming to Netflix in January, complete with Christopher Reeve, Margot Kidder and Gene Hackman. Below is a trailer for The Shining, the original Stanley Kubrick terror film masterpiece. This film will blow your mind into tiny pieces – even if you’ve seen it many times before.

The Series of Unfortunate Events that’ll be coming to Netflix wasn’t something I’d previously been interested in. Until I saw this trailer, that is to say, then found out that it was Neil Patrick Harris playing the main character Count Olaf. Now I’ve got to see it.

Also coming to Netflix in January (on the first of the year, no less) are the following films or series. Notice how some of these titles have been on Netflix before, while others are brand new (yet have never been to Netflix before). If they’re back, it’s likely they did well with Netflix in the past – and are therefore either very good or very re-watchable.

Netflix wants this bear to control your TV

And yes, it’s true, every Superman movie is here, starting with Superman The Movie from 1978 and running through Superman IV: The Quest for Peace in 1987. Then there’s Superman Returns from 2006 which we will never speak of again. Also we’re a bit disappointed that V for Vendetta didn’t arrive in time to remember, remember, the 5th of November.

On the 3rd of January comes a Netflix Original Jen Kirkman, Just Keep Livin, as well as It’s Always Sunny in Philadelphia: Season 11, the greatest comedy show ever made. Below you’ll see a full list of everything coming to Netflix after the 3rd of January (but before the end of the month). 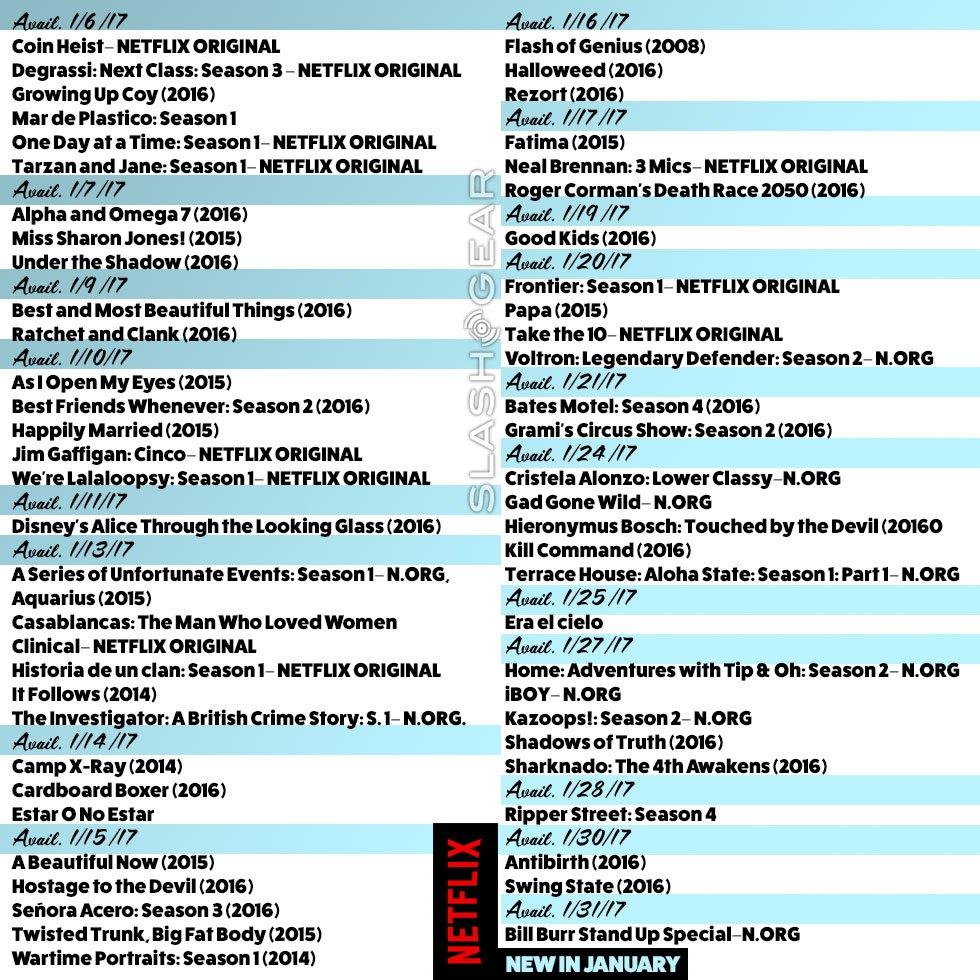 You saw it here first – Sharknado: the 4th Awakening is coming to Netflix. Finally, a fourth Sharknado can be viewed from the comfort of one’s own couch. At least we weren’t subject to the possibility of this movie blasting our eyes out in the year 2016 – what a crap year this has been. 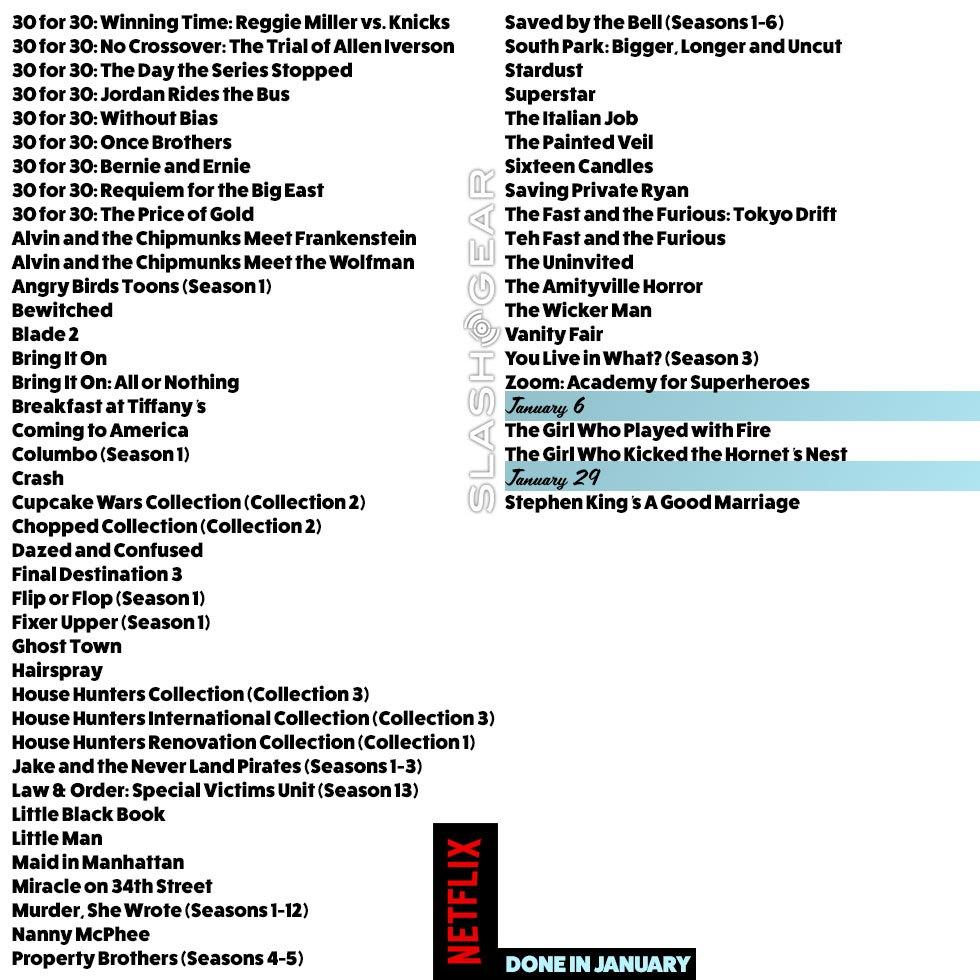 What’s done in January is mostly leaving the streaming service in the first week. The vast majority of the films or TV series on this list are set to be removed on the first of January, while the rest is either within the first week or right near the end of the month. Don’t cry too hard when you find that Bring It On is on its way out.