Netflix wants this DIY stuffed bear to control your TV

Connected Mr. Bear is a toy with a light-up heart that controls what’s played on your Netflix account. What’s even creepier than this bear being able to control what you watch is its choice of TV shows. You see, as Netflix sees it, Full House (or Fuller House) is the perfect jumping-off point for a new kind of connected toy. A toy with a light-up heart – one that demands you watch Full House when it commands.

This is not a joke, and it certainly is not the 1st of April. Regardless of how easy it is to turn this product into a horror movie, Connected Mr. Bear is a delightful project. A group of creative folks at Netflix have created this bear’s heart as an open source project, so it’s free to make (as far as Netflix cash is concerned.)

Netflix is making their cash from the video you’re seeing here – viral marketing at its finest. The end product is not nearly as important to Netflix as the chatter this oddity creates. It’s either this or announcing they’ve changed their prices again (which they haven’t, and we’re glad they haven’t). We’ll take a bear over that any day.

The bear or Mr Bear, if you prefer, was made semi-famous for the baby boomer and Generation-X crowd through Full House. If you’re forgetting how this played out, have a peek at the greatest recapper of Full House episode of all time, TheRealFullHouseReviewed dot com – that’s a link to a recap of the episode “Goodbye Mr. Bear” in which Stefanie has to give away Mr. Bear and Michelle is having none of it. 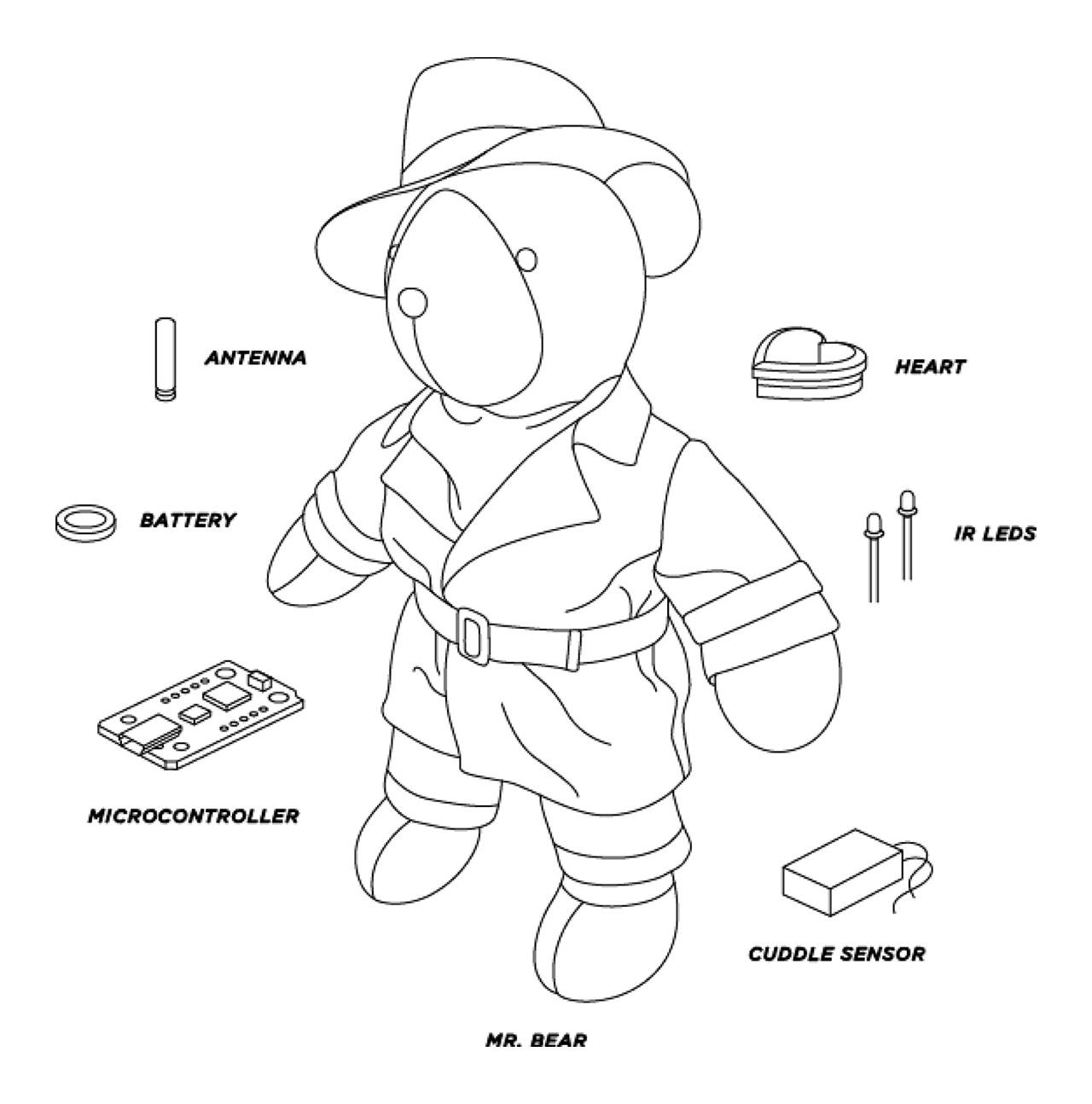 The Mr. Bear Netflix uses does not matter as much as the other specific components of the project. Including the bear, 7 pieces of hardware are needed. Also on the list are an antenna, battery, 3D-printed hear, IR LEDs, a “Cuddle Sensor”, and a microcontroller. If you’ve never put together your own before, this DIY project could be a good place to start.

Netflix list of items includes the following – specifics are important! On the list is hardware from Adafruit, a hardware company that’s participated in several such several such awesome projects. The Squeeze Sensor is a “custom built sensor using conductive foam, 4” x 1.5” piece of the foam is cut from a sheet of 1” thick low density conductive foam (All-Spec Part# 749-2436).” You can use the instructions provided by Instructables for the rest of the Squeeze Sensor.

For the final product – we wish you luck. It’s only a matter of time before homemade stuffed bears in trench coats command us to watch Fuller House at all times. What a world we live in – how exciting! Be sure to take a peek at additional weird play things in our odd toys tag portal.