Nestle is working on the Holy Grail of weight loss, a fat-burning additive that could be dropped into foods and replicate the effects of exercise but without the sweaty reality of doing it. The team, based at the Swiss Federal Institute of Technology in Lausanne, is exploring how a new compound dubbed C13 could be used in food to stimulate the enzymes which control how the body burns fats and sugars. If tweaked in just the right way, Nestle says, that could mean a new age of foods which would allow the body to get the same fitness benefits from a brisk walk as would normally take much more strenuous exertion.

At the root of the research is an enzyme called AMPK, which regulates how the body burns fat and sugar. AMPK, or 5′ adenosine monophosphate-activated protein kinase, isn’t new as a focus for weight loss, but the challenge has been stimulating it in a controllable way.

“The enzyme can help people who can’t tolerate or continue rigorous exercise,” Nestle’s Kei Sakamoto told Bloomberg. “Instead of 20 minutes of jogging or 40 minutes of cycling, it may help boost metabolism with moderate exercise like brisk walking.”

Nestle’s goal is to package C13 into a food additive that could turn its products – including those not traditionally associated with healthy eating, such as those high in sugar or fat – into clandestine exercise-boosters.

The research could also have a significant improvement on health products, such as slimming drinks and weight-loss bars. Nestle says it intends to continue the research on its own, rather than call in the help of a more traditional pharmaceutical firm. 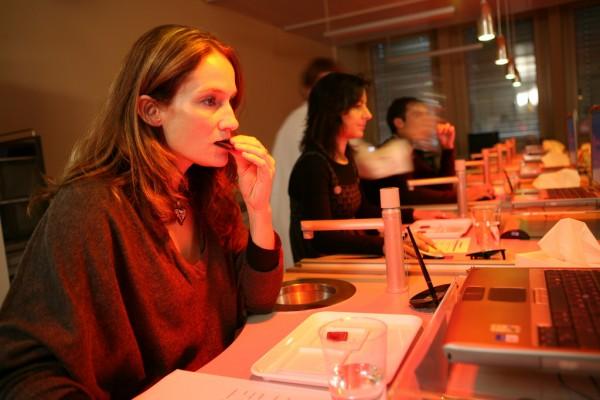 Those wanting to slim down but without working out shouldn’t necessarily get too excited, however; there’s a long way to go before the fruits of the research reach shelves, and it would have to pass regulatory approvals first.

“There’s no such thing as a free lunch,” Naveed Sattar, professor of metabolic medicine at the University of Glasgow told Bloomberg. “So far no such product has ever passed clinical trials.”

Still, the potential market for such a product is huge, even if Nestle can only figure out marginal improvements or affect a select audience which might struggle for other reasons to integrate the recommended degree of exercise in their daily lives.

Nonetheless, the company is aiming to merely augment physical activity, not replace it altogether.

“Exercise has so many different effects – a cognitive role and physiological function – we’ll never be able to mimic all those effects in a single product,” Sakamoto said.

The team is hoping to find natural substances which could stimulate and control the AMPK mechanism.