Smart thermostat company Nest has revealed its second intelligent home device, the Nest Protect, a WiFi-enabled smoke and carbon monoxide detector. Aiming to do the same for home safety as the original Nest does for HVAC control, the Nest Protect tracks potential perils, warns you with both an spoken audio alert and pings to your iOS or Android device, and even notifies other Nest equipment so that they can respond too.

So, if you have multiple Nest Protect units around the house and one picks up carbon monoxide, it will alert the others via WiFi and they’ll all warn you. The Nest thermostat can be informed, too, so that it can pre-emptively shut down the furnace in case that’s what’s at fault. 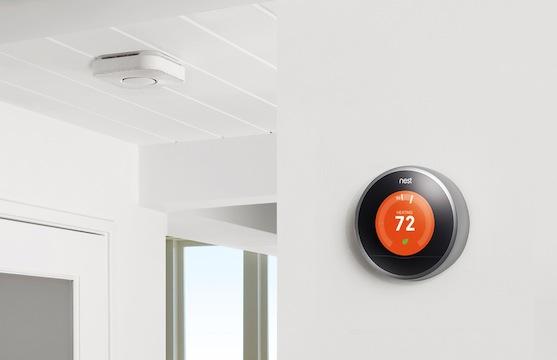 However, since most of the time it’s burning toast not burning walls that prompt smoke alarm soundings, Nest has handled accidental alerts cleverly, too. If the detector isn’t convinced it’s a full on fire, it’ll give a “heads-up” warning first, pointing out whereabouts the issue is and whether it’s suspected CO or smoke.

If it then does go off, you can simply wave your hand at the detector and silence it immediately, rather than having to spend five minutes opening windows and waving towels. That’s because there are more than the usual number of sensors inside: photoelectric smoke and CO, along with a heat sensor, three activity sensors, ambient light, and humidity.

There’s also a built in lamp, called “Pathlight”, which will turn on if it senses movement at night as well as to guide you out if the alarm sounds. It can be remotely controlled via the app, too. 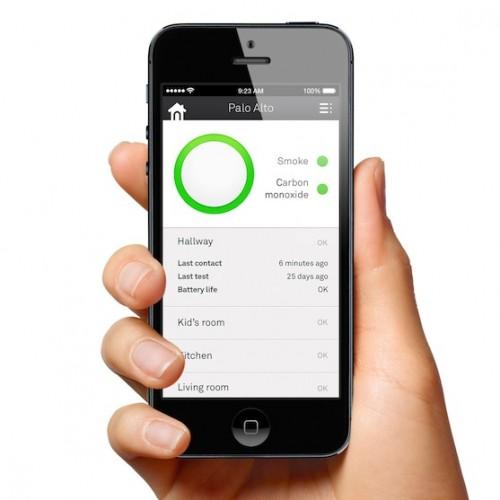 Nest will offer two version of Nest Protect, one battery-powered which can run for “multi-year” periods off six AA batteries, and a wired version intended to be installed into a 120V supply (with three AA batteries for backup purposes). Both are up for preorder today, priced at $129 each, in black or white.