NASA has shown off its first all-electric plane prototype, with the X-57 Maxwell previewing a commuter aircraft that could one day be quieter, more efficient, and greener to operate than existing planes. It’s the US space agency’s first crewed X-plane in two decades, and its first all-electric aircraft, and though it’s not intended to go into space the longer-term implications of the X-57 could be just as significant.

However what there isn’t right now is a single set of certification standards for such vehicles. NASA hopes to change that with the X-57 project; when complete, “NASA will share the aircraft’s electric-propulsion-focused design and airworthiness process with regulators and industry, which will advance certification approaches for aircraft utilizing distributed electric propulsion,” the agency says. 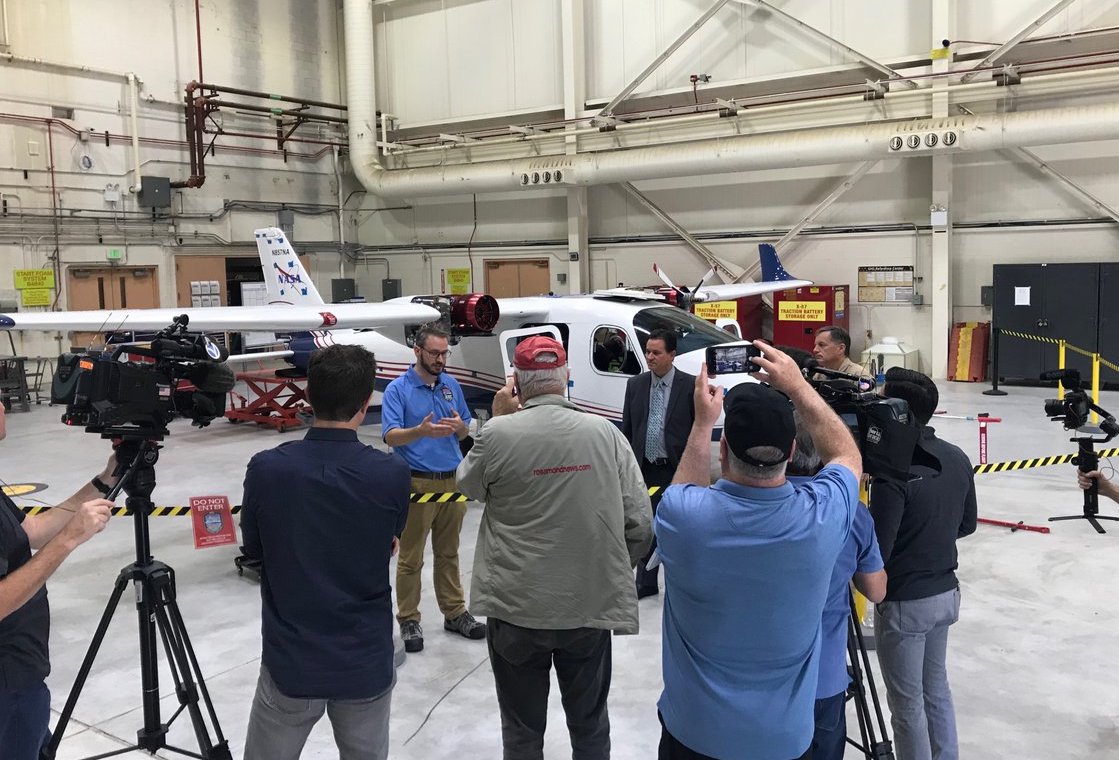 It’ll be important for things like “flying taxis” that Uber and others are working on, and which are intended to operate in potentially dense urban areas. This freshly-delivered X-57 Mod II vehicle epitomizes some of the advantages electric planes have over their ICE counterparts. Based on a modified Tecnam P2006T aircraft, it swaps the traditional engines for electric cruise motors.

The new “design driver” is 500-percent more efficient at high-speed cruising, while responsible for zero in-flight carbon emissions. It’s also much quieter for communities on the ground, a key potential advantage for electric planes operating in cities.

Initially, NASA’s dream at the Armstrong Flight Research Center in Edwards, California will be undertaking ground-based testing with the new Mod II plane. There’s also a simulator to try out different ideas. However the goal is to follow that with taxi tests and, eventually, test flights. That could happen as soon as late 2020, NASA staff say.

Though the current prototype closely resembles a traditional aircraft, NASA’s eventual design will be markedly different. In addition to the two large electric motors at either end of the wings, which will be used for cruising, there’ll also be six smaller electric motors each with a propellor on each wing. They’ll be used for take-off and landing, then retract for greater aerodynamic efficiency during flight. Overall range has not been decided yet, but is expected to be in line with shorter commuter flights and urban hops rather than longer-distance travel.