NASA’s Nuclear Spectroscopic Telescope Array, or NuSTAR for short, has taken its first photo of our solar system’s Sun. This image is the “most sensitive solar portrait ever taken in high-energy X-rays” according to NASA, and you’ll be able to view it in full glory right this minute. This first image – of many, hopefully – covers “the west limb of the sun” and it’s been caught by the Solar Dynamics Observatory (SDO) – and it’s primed and ready to be a wallpaper on your device, of course.

What you’re about to see is the JPEG version of the TIFF file NASA has shared. You can see the TIFF file (much more massive file size and slightly better quality) at NASA’s Jet Propulsion Laboratory at the California Institute of Technology. To tap into this image, simply tap or click the thumbnail image below, from there, click “full sized image” to see the bigger version. Download at will! 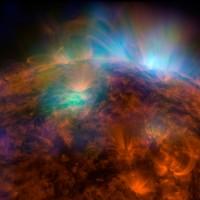 What you’re seeing here is high-energy X-rays, not seen along the same spectrum of light we’d normally see with human eyes.

These X-rays come from gas heated to above 3 million degrees. Meanwhile the presence of non-red bits throughout the image shows lower-temperature material in the solar atmosphere closer to 1 million degrees. 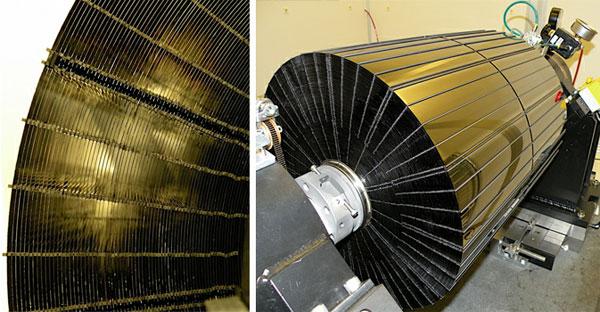 The mission operations center that hosts NuSTAR is at UC Berkeley. The ASI providing its equatorial ground station sits all the way down at Malindi, Kenya.