New Horizons, the NASA spacecraft that studied Pluto with a number of flybys last summer, continues to send its data back to Earth, often with new discoveries. Just last week the space agency shared photos of giant frozen canyons in the former planet’s North Pole region, and now NASA believes there are mountain peaks covered in methane snow on the surface as well. New high-resolution photos of the southern hemisphere’s Cthulhu region, known for its reddish hue, reveal mountains with brightly colored tops.

The region, described by NASA as being about the size of Alaska, features a mountain range measuring roughly 260 miles long. Scientists believe that the clearest explanation to the bright material is that it’s methane snow that has condensed from Pluto’s thin atmosphere. 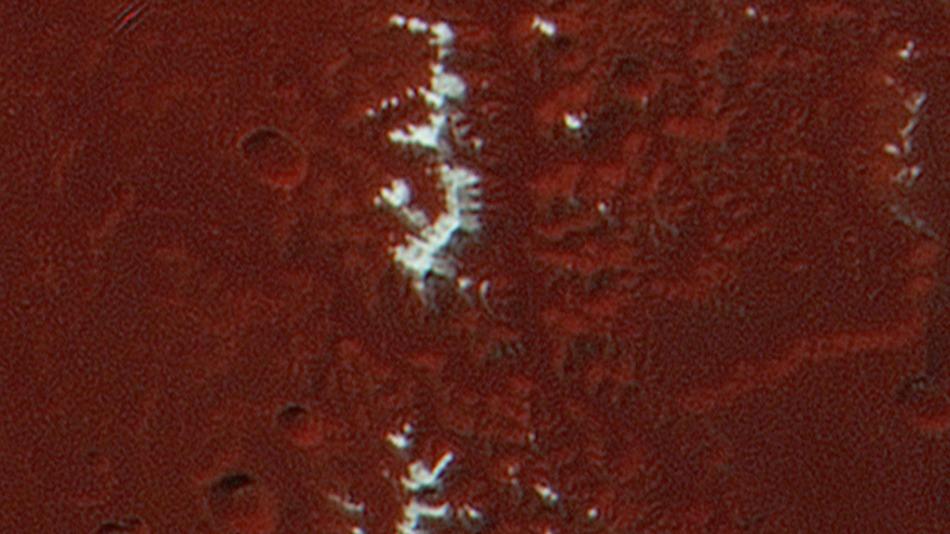 “That this material coats only the upper slopes of the peaks suggests methane ice may act like water in Earth’s atmosphere, condensing as frost at high altitude,” said New Horizons scientist John Stansberry. A spectral analysis image from the probe’s cameras confirmed that the location of the brightly colored material is corresponds with the expected distribution of methane ice.

NASA expects that it will take over a year for all the data from New Horizons to be sent to Earth, meaning we’re likely in for several more discoveries about the dwarf planet’s mountains and atmosphere.