NASA’s groundbreaking spacecraft aiming to sift out the secrets of Jupiter’s Trojan asteroids has been equipped with two very special cameras, as the countdown to launch ticks under the twelve month mark. Lucy, as the asteroid mission is known, will be the first exploration of the Trojan rocks which, though relatively small in comparison with their planetary neighbor, could pack out outsized punch in terms of scientific insight.

In fact, scientists have predicted that the rocks could in fact be leftover from materials that formed the outer planets of our solar system. That could make them repositories of materials from more than 4 billion year ago, swirling in the same orbit as Jupiter.

There are two primary groups of asteroids, one of which precedes Jupiter with the other following the planet. Those Lagrange points have been instrumental in stabilizing the asteroid fields all this time. Lucy – named after the fossil which helped scientists figure out the evolutionary path of mankind – is scheduled to launch in October 2021, then take 12 years to visit eight different asteroids. Along the way, it’ll be gathering data that scientists believe could unlock the secrets of how the solar system formed, and even the origins of organic material on Earth.

That takes some special instruments, and it’s those which NASA and the Lucy team are finalizing. The first and second, dubbed L’TES and L’LORRI, had already been installed on the spacecraft’s platform, along with two Terminal Tracking Cameras. Now, NASA has confirmed, the final instrument – L’Ralph – has been mounted. 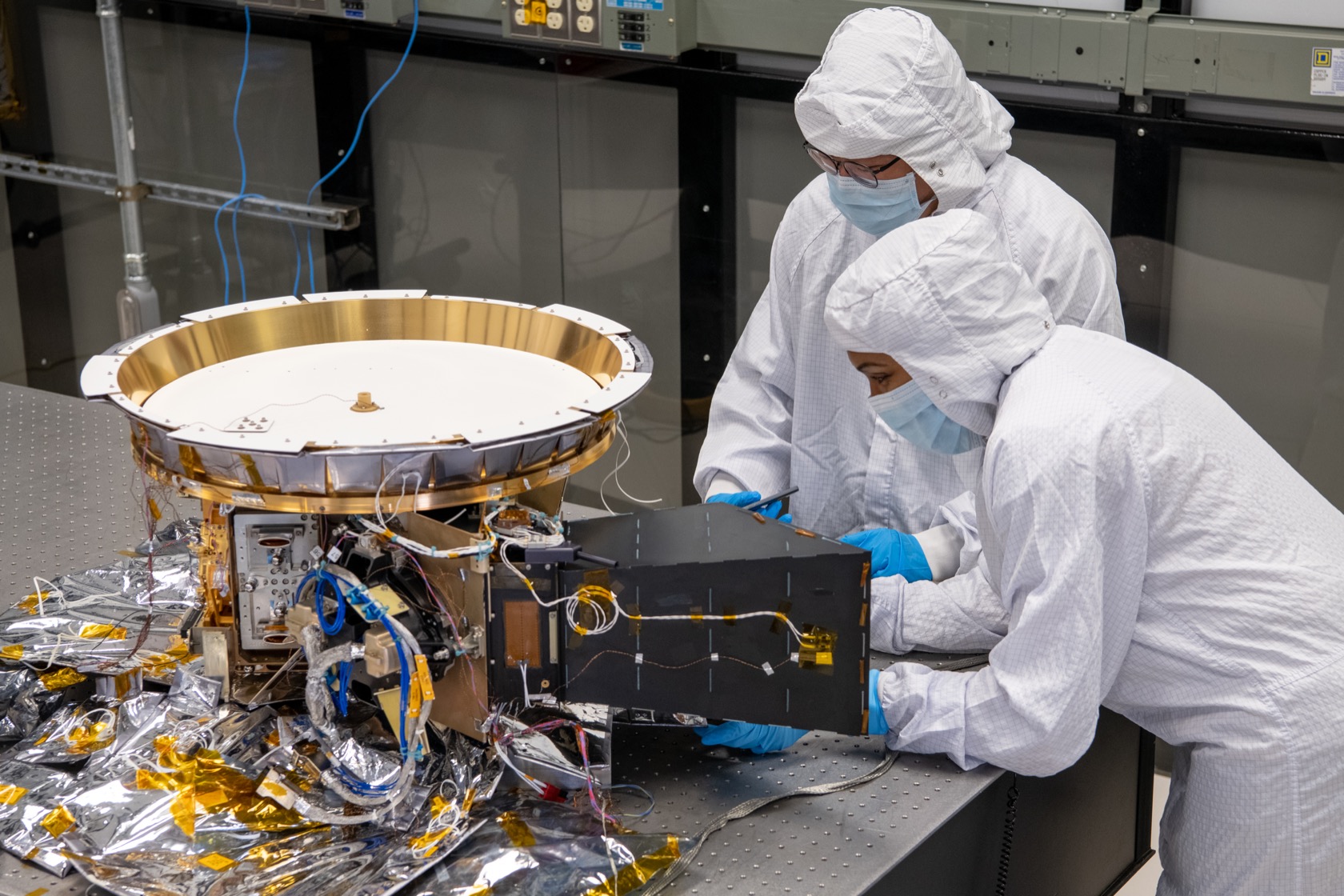 The MVIC is intended to work with visible light, snapping color images of the Trojan asteroids. At the same time, the LEISA is responsible for capturing infrared spectra of the asteroids. The result is an insight into the composition of the mystery rocks.

All that data will be beamed back to Earth, itself no small endeavor. Lucy is actually designed to be flexible: its survey tools are attached to the “Instrument Pointing Platform” that can be angled to face the asteroids while the spacecraft flies past them. A high gain antenna, used to file the data with receivers at Goddard, can then be separately pointed back to maximize data stability and throughput.

Next up for the team – led by Southwest Research Institute, with NASA providing overall mission management, systems engineering, and safety and mission assurance as part of the NASA Discovery Program, and with Lockheed Martin Space building Lucy itself – is bringing the Instrument Pointing Platform together with the spacecraft bus.