Today we’re having a peek at the recovery of recordings of heat data from NASA’s Apollo moon missions in 1971 and 1972. A study published just this week explored data from probes installed on our Earth’s Moon during those missions, revealing heat sensor data for the first time ever, publicly. The study is at once both engaging and boring, inspiring and entirely unspectacular. Let’s talk about why all of this is good.

What was the mystery?

What’s more, there appeared to be a significant rise in heat detected starting around the time the study began and on through the year 1974. 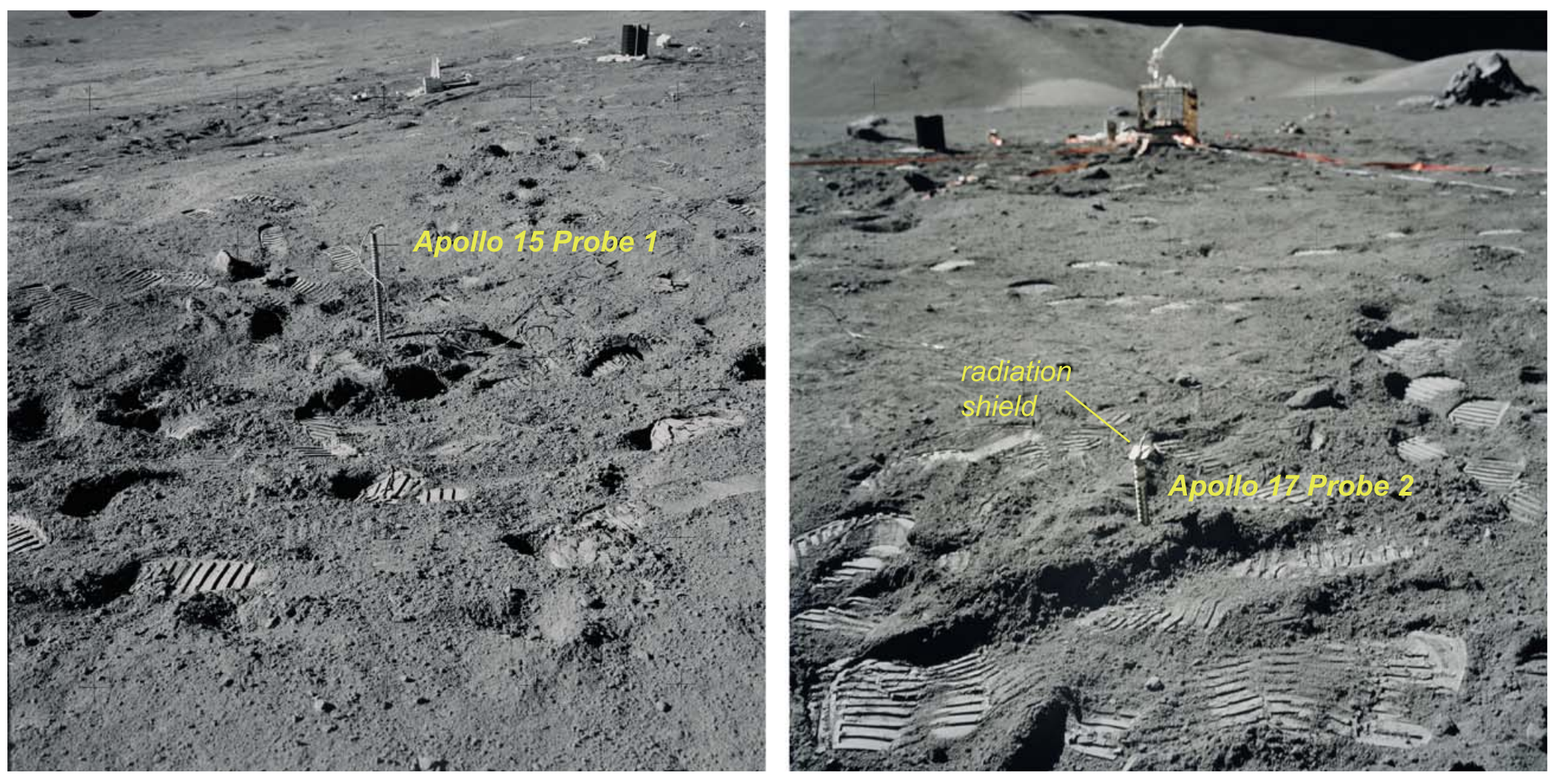 It’s only natural at this point that anyone looking at the situation outlined above would wonder what’s up. The temperature continued to rise through 1974 – why was no further data officially archived?

Clearly NASA’d discovered that our moon was melting and wanted to cover that fact up! Maybe there were space aliens up there and NASA didn’t want you and I to know! Or, more likely, the reality of the situation wasn’t all that mind-blowing. 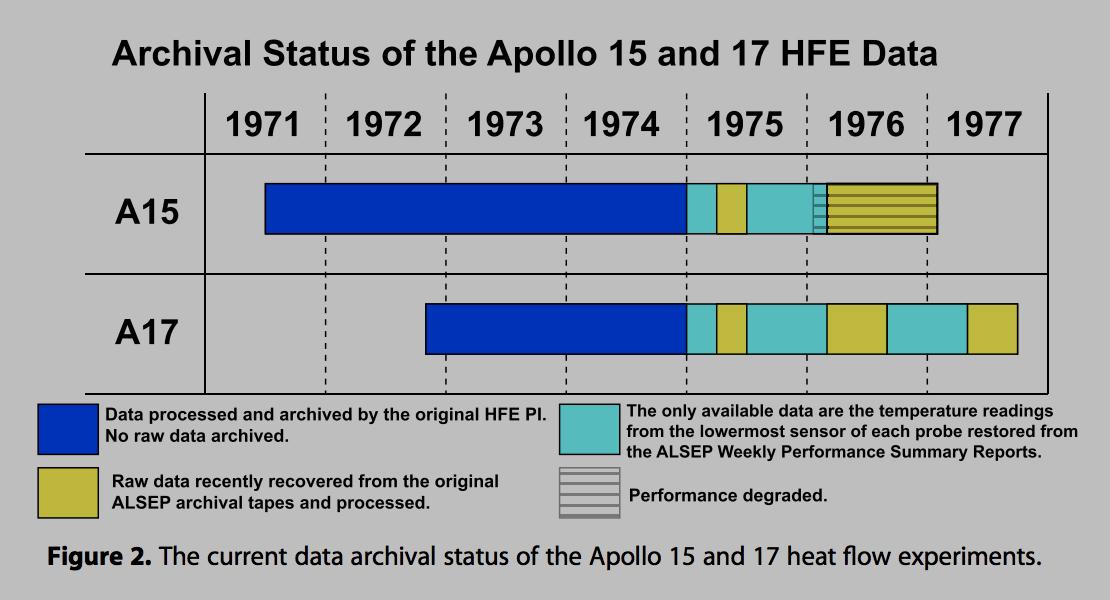 In reality, the data was still recorded – it just hadn’t been transferred from its original magnetic tape recording hardware to a proper report. The data hadn’t been archived properly because those people that’d worked on the project didn’t use the data in their final report. It’s not clear WHY they didn’t use the full dataset – but it does not appear to have been for any significant reason, malicious or otherwise.

Beginning in the year 2010, a new group of researchers began work on properly archiving all the data that was still relegated to magnetic tape. Tape is all well and good, but it’s better to have all the data in one place, just in case some sort of wild result showed itself after these past few decades under cover.

The new research showed that the temperature’s rise continued past 1974 on through the end of the study. The rise in temperature was consistent with that of the displacement of surface material (regolith) and placement of the probes that recorded data for the study. As the study says specifically:

“Simple analytical heat conduction models with constant regolith thermal properties can show that an abrupt increase in surface temperature of 1.6 to 3.5 K at the time of probe deployment best duplicates the magnitude and the timing of the observed subsurface warmings at both Apollo sites.”

A set of photos further confirmed the hypothesis of the researchers in this study. ” Recently acquired images of the Lunar Reconnaissance Orbiter Camera over the two landing sites show that the regolith on the paths of the astronauts turned darker, lowering the albedo. We suggest that, as a result of the astronauts’ activities, solar heat intake by the regolith increased slightly on average, and that resulted in the observed warming.”

This isn’t the sort of story that travels well in our modern internet share-friendly news environment. Without the mystery of the supposed missing data points, there’d be very little for the average hype-loving individual to latch onto and care about.

Lucky us, there are still scientists in this world that see situations like this and make the effort to do the noble work of unexciting data entry and analysis. Praise be to their thankless job-loving hearts.

You can learn more about this subject in the paper “Examination of the Long‐Term Subsurface Warming Observed at the Apollo 15 and 17 Sites Utilizing the Newly Restored Heat Flow Experiment Data From 1975 to 1977” at Wiley’s American Geophysical Union’s Journal of Geophysical Research. This paper can be found with code DOI: 10.1029/2018JE005579 and authors include S. Nagihara W.S. Kiefer, P.T. Taylor, D.R. Williams, and Y. Nakamura.