While there are a lot of interesting things happening in our own solar system – from Curiosity’s continuing adventure on Mars to New Horizons giving us an up-close look at Pluto – NASA’s Kepler space observatory has been looking into the depths of space. It’s been looking for other planets that may be out there, and today, NASA has published a new mission catalog that names more than 200 new planet candidates.

Specifically, this mission catalog identifies a total of 219 candidates, 10 of which are Earth-like. In order to be an Earth-like, the planet in question needs to be similar in size to our fair planet while also being within its star’s habitable zone. Being in the habitable zone allows water to potentially collect on the surface of rocky planets, which is an important cornerstone for life (at least here on Earth). 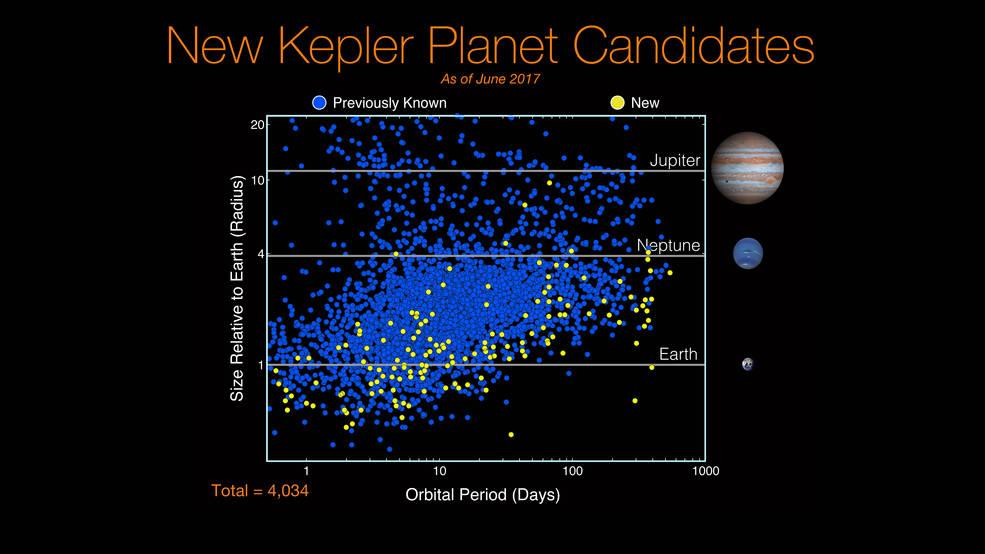 This latest catalog release brings the total number of planet candidates discovered by Kepler up to 4,034, with 2,335 verified as exoplanets. Of those, 50 planets are suspected to be Earth-like in size and orbit, while 30 of those have been verified. It’s an immensely impressive list, especially when you consider that Kepler is discovering these planets by looking for tiny fluctuations in light coming from stars as these planets orbit around them – you can see an example of those measurements in the video posted below.

While the new mission catalog is exciting enough, NASA scientists have also announced that they can now use data collected by Kepler to determine whether these planets have a rocky surface or if they’re gaseous like the largest planets in our own solar system. With these planets, however, NASA can identify gaseous worlds that are smaller than Neptune. NASA can potentially use this new method of classification to rule out planets that are unlikely to support life.

So, it’s a pretty exciting day all around for the NASA teams using Kepler to discover how many stellar neighbors we may have. We’ll see what else Kepler can uncover as its mission continues, but for now, check out the timeline below for more on the space observatory’s discoveries.