It’s been a little while since we’ve heard from the Mars Curiosity rover, but over the past few weeks, it’s been very busy examining what could be evidence of mud cracks in a slab of Martian rock. That slab of rock – dubbed Old Soaker by NASA scientists – features many raised ridges that could have been created by drying mud billions of years ago. If that’s the case, then we’ll have even more evidence for a wetter environment in the planet’s past.

Furthermore, this would be the first evidence of mud cracks discovered by Curiosity. Scientists noted that these ridges were unlike other rock fractures they’d seen thus far, which leads Curiosity science team member Nathan Stein to conclude that “Mud cracks are the most likely scenario here.” 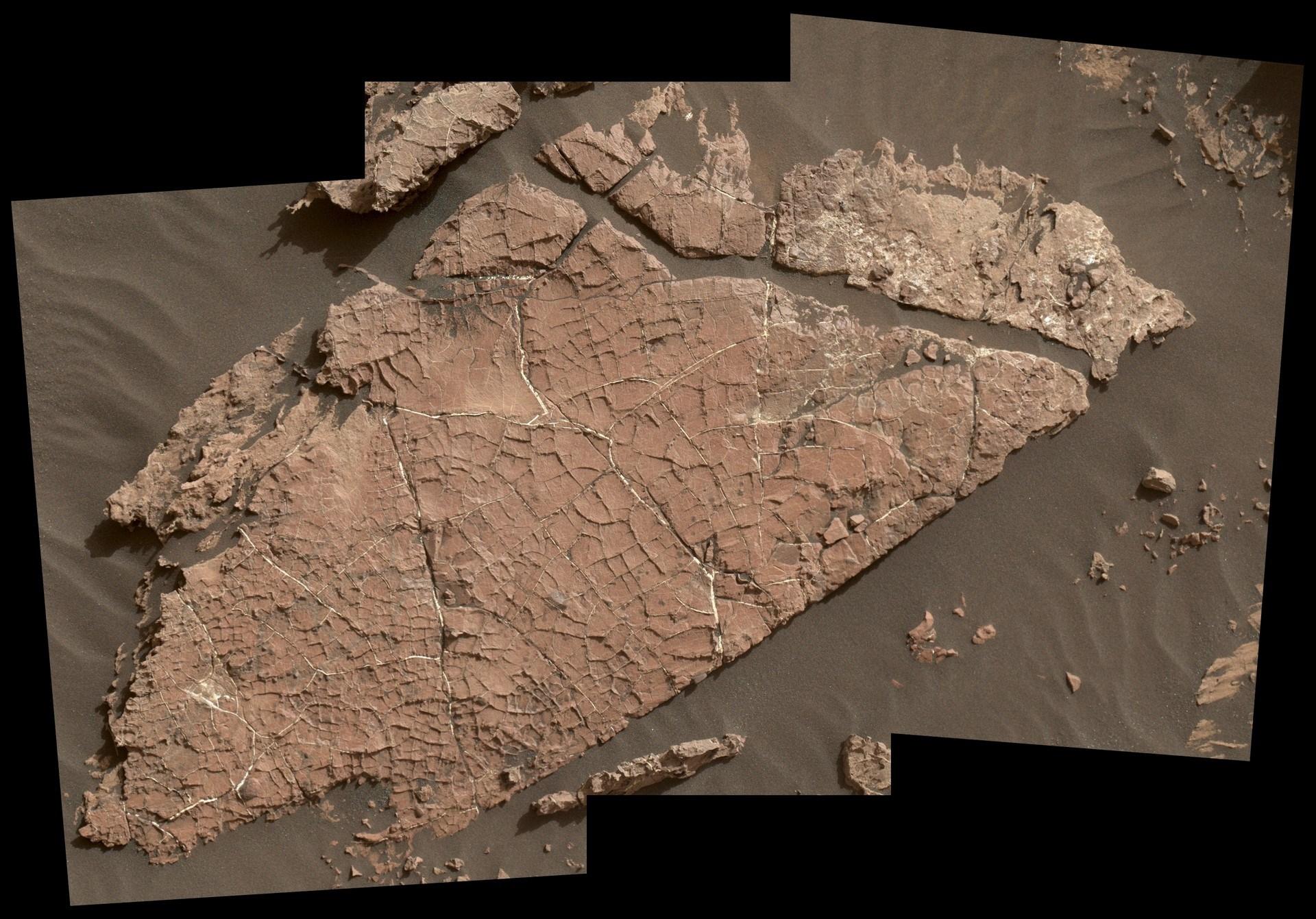 With mud cracks being the working theory, that would make the ridges on the face of Old Soaker ancient deposits of sediment. The ridges you see were formed by material that filled the cracks in the dried mud, which was then buried by other layers of sediment. All of the layers then became stratified rock, and then the ridges outlasted the other layers of rock as it was all eroded away.

The idea that the ridges of sediment deposits would be more resistant to erosion could give us a window in the past. If these ridges were left by dried, cracked mud billions of years ago, then it could point to a Martian past that was far more wet than it is today. Old Soaker is found on lower Mount Sharp, which is where Curiosity has discovered additional evidence of water.

Obviously, NASA scientists are going to study this more as time goes on, but for now, it sounds like another solid indication that Mars had a much wetter surface once upon a time. Mount Sharp has offered a significant look into the past of Mars so far, and it will hopefully provide more in the future. We’ll see what comes from further inspection of Old Soaker, so stay tuned for more.