Over the last year, NASA has discovered numerous evidence that liquid water exists on Mars. With signs the red planet once had lakes, and frozen water found on mountains, NASA now wants to try collecting a sample, and plans to use the Curiosity rover to do it. The robot is already located near Mars’s Gale Crater, and it will travel to inspect a pair of gullies on the side of Mount Sharp.

Specifically, NASA is sending Curiosity to investigate recurring slope lineae, or RSL. These are vertical lines that appear on hillsides (seen below), created seasonally when the surface temperature rises enough for water to melt and flow downwards, displacing sand along the way. 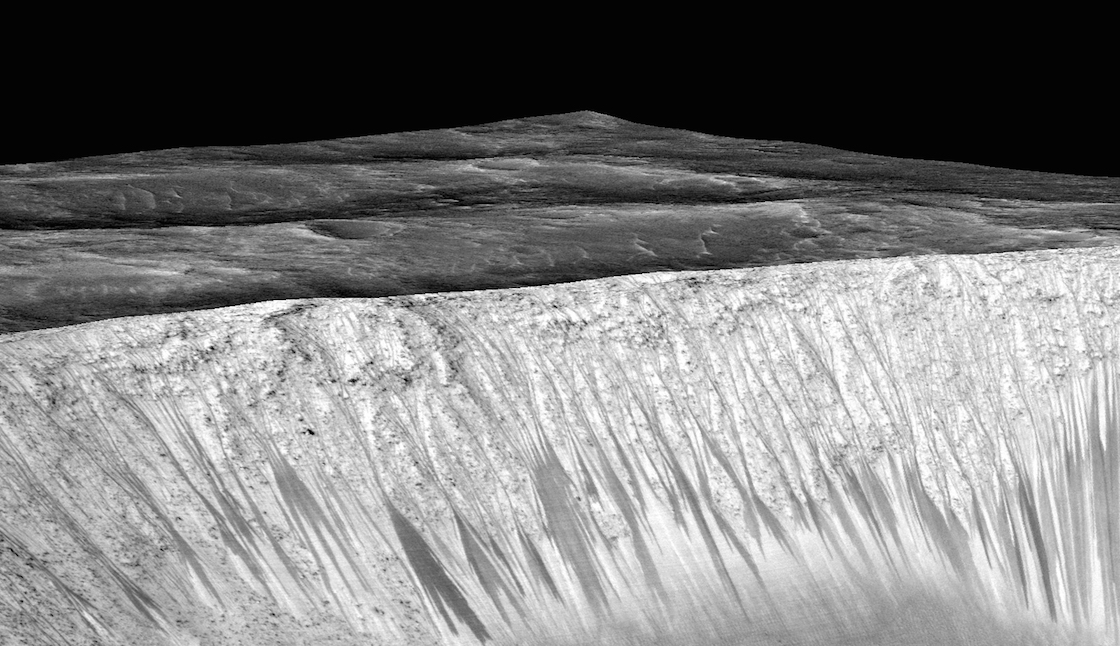 NASA believes the two gullies are a location for RSL, and want Curiosity to get into a position that can take better images than what’s been seen before. The agency says it hopes to get these photos within a year, and then study them to confirm that it’s RSL and not something like dust and sand movement.

If RSL is confirmed, they will try to send the rover to collect a sample and perform an analysis with its Curiosity. This ordeal won’t do anything like confirm the existence of life on Mars, but NASA believes any findings will be useful in planning a future mission to the planet.