NASA has big hopes for Jupiter’s moon Europa, and the American space agency has just dotted the i’s and crossed the t’s on the spacecraft that will fly out there to see if it can actually support life. Europa Clipper faces a long journey, with Jupiter orbiting the Sun at a far more distant elliptical path than Earth, but what it could find there may make that all worthwhile.

That’s because, unlike what we’ve seen of other planets and moons in the solar system, Europa shows signs of being highly conducive to supporting life. There’s twice as much liquid water there than on Earth, for example, for the most part as a huge, salty ocean. It’s warmed by tidal heating, and expected to be stocked with minerals from the moon’s rocky build.

In short, as potential places where life might develop or even thrive go, Europa could be a relative haven on our doorstep, astronomically speaking anyway. The Europa Clipper project is the way NASA plans to find out for sure, with the agency confirming that the spacecraft has now completed its Critical Design Review. That’s the process by which the full design – including everything from propulsion, to scientific instruments, to the complex radiation shielding that will be required – is assessed before the final spacecraft gets signed off for construction to begin.

That design isn’t a simple one. Europa may have plenty of water, but it also occupies a particularly treacherous part of space. Radiation levels are high, and the surface temperatures are low; it means Europa Clipper needs to be both tough enough to survive those conditions, but also carry instruments sensitive enough to get the data NASA and its scientists need.

The plan is, on the face of it, straightforward. Once it reaches Jupiter, Europa Clipper will orbit the planet on an elliptical path, each time grazing close to the moon to take readings. “The science includes gathering measurements of the internal ocean, mapping the surface composition and its geology, and hunting for plumes of water vapor that may be venting from the icy crust,” NASA explains. 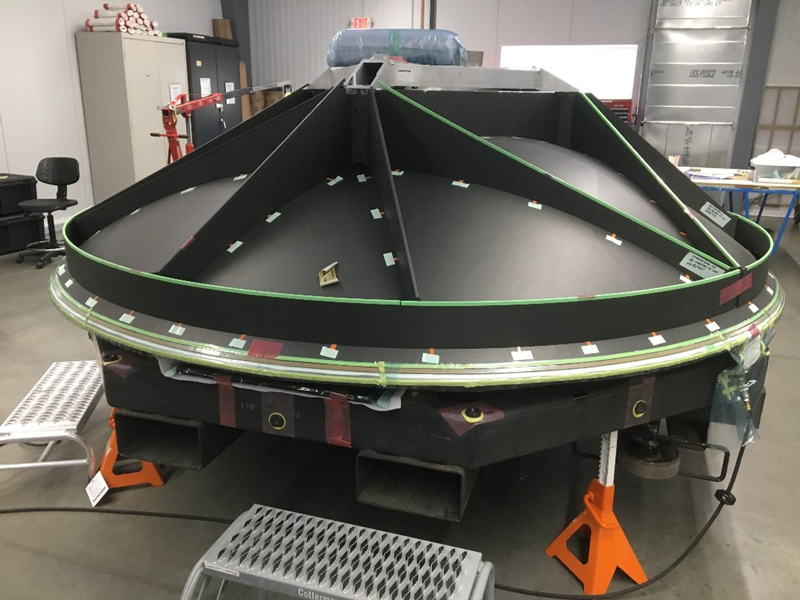 Although the final design may only have been approved now, building many of the individual components that go into the spacecraft has already been underway for some time now. That’s because NASA already gave the green light to some of the subsystems and instruments, like the near-10-foot wide high-gain antenna. That’s the huge dish which will be used to communicate with Earth, and beam back the data which Europa Clipper gathers.

Similarly, the solar wings – 100 foot long, and covering 960 square feet of solar panel surface – are already being constructed too. The Johns Hopkins Applied Physics Lab (APL) in Laurel, Maryland is working on the propulsion module, with its 16 rocket engines, and the whole thing will be assembled at the NASA Jet Propulsion Lab. There, the computer hardware, as well as the shielded vault that scientists hope will keep that hardware and other components safe from radiation, are being built.

There’ll be a number of different tools onboard. Thermal imaging sensors will measure surface temperatures, signs of warm ice, and surface roughness; NASA hopes to use that to develop a future lander for Europa. A magnetometer will look at the direction, strength, and time-varying nature of magnetic fields around the moon, in addition to measuring the depth and composition of Europa’s ocean. 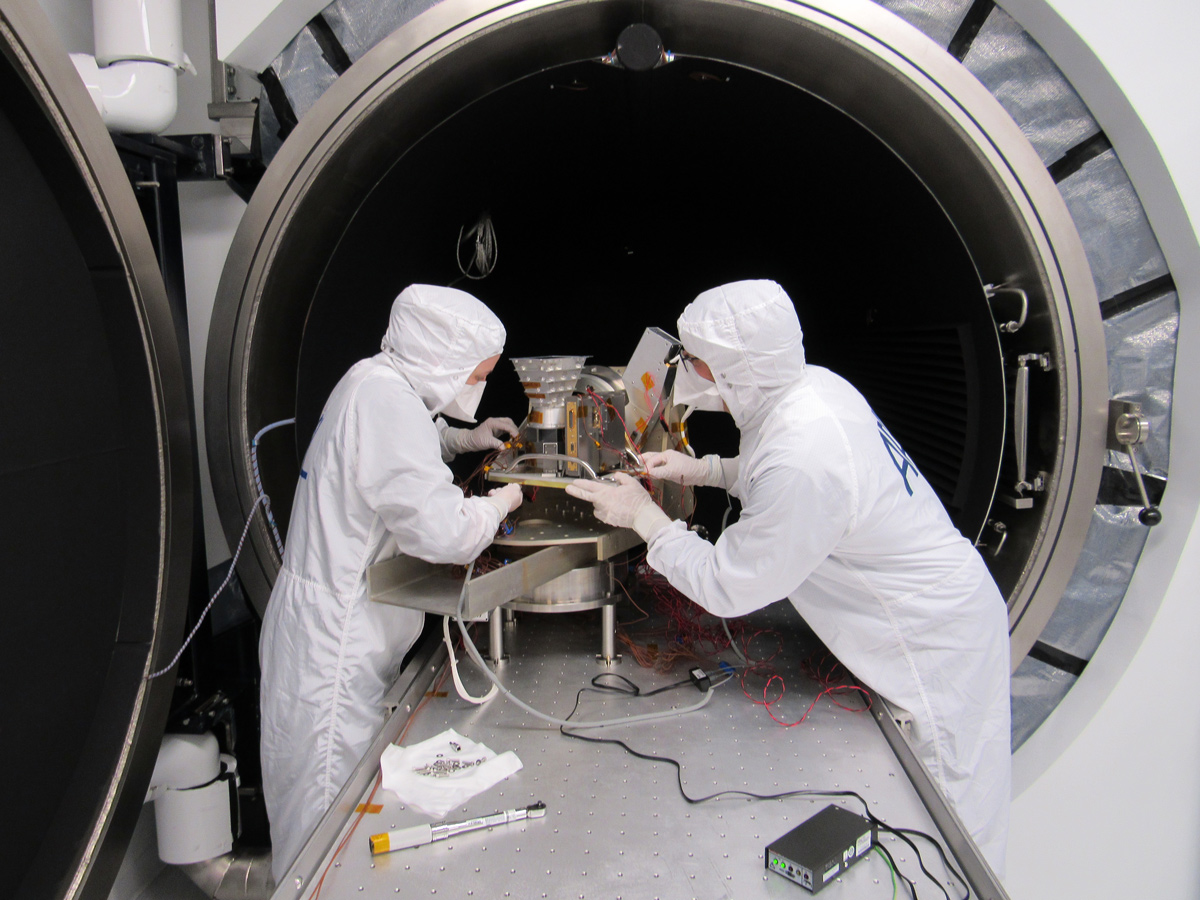 The Europa Imaging System is made up of two visible light cameras – one wide-angle, one narrow-angle – to get high-resolution shots of the surface. With a roughly 20-inch resolution, they’ll be able to spot evidence of recent or even current geologic activity. An ultraviolet spectrograph will do similar for UV light, while the Mapping Imaging Spectrometer will collect infrared light and be used to spot the distribution of ices, salts, and organics.

A mass spectrometer will collect gases from around the moon, and figure out their composition, while a plasm instrument will track things like ice shell thickness, ocean depth, and ocean salinity. Instruments to measure surface dust scattered into nearby space – and potentially water and other particles – will also be onboard. Finally, there’ll be a radar system that can penetrate up to 18 miles into the ice, to try to figure out what might be beneath the surface.

By the end of 2021, all of the components – from instruments to solar panels and rockets – need to have arrived at JPL. From 2022, the challenge will be to piece them together like a huge, very expensive jigsaw. The launch is expected to take place sometime in 2024.