NASA’s Mars mission rover Curiosity sends back images captured near a drilled rock called “Buckskin”. Not to be outdone by today’s “The Martian” trailer release, NASA’s Curiosity Mars Rover has sent the image you’re about to see as a composite of several photos captured in short sequence. The image you’re seeing here is part of a larger panorama also available in the gallery below. This image was captured with Curiosity’s Mars Hand Lens Imager (MAHLI) earlier this month and attained by NASA this week.

The image you’re seeing here was not taken with a “Selfie Stick”, but it may as well have been. Instead of a stick reserved only for taking photos of one’s self, this robotic arm houses the camera Curiosity uses to take all photos, forwards and backwards alike.

This portrait is important to the Curiosity crew as it reveals for the first time in months the “belly” of the rover. As you can see, it’s doing just fine. 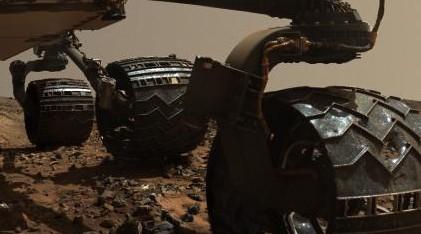 According to NASA, the bump you’re seeing in the image above is a small rock stuck on Curiosity’s left middle wheel (middle right in this image). This rock has been stuck to the wheel of the rover for at least three weeks, but poses no large threat to the mobility of the rover.

Above you’ll see the Buckskin rock into which Curiosity has just drilled for sampling.

Below you’ll see a small version of the full panorama captured by Curiosity. Tap the image to see the full-sized version, fully pumped up and ready to be your next desktop or smart mobile device wallpaper. 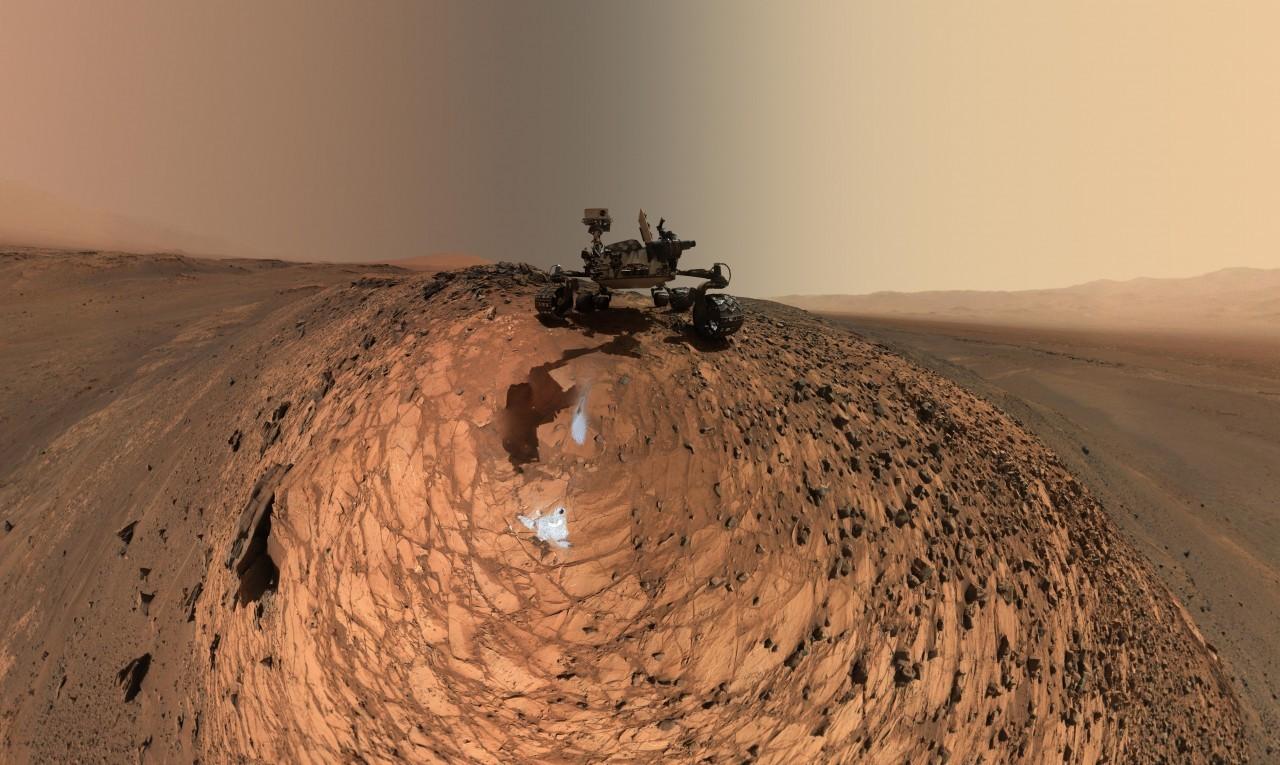