NASA’s automated air traffic control for drones project is headed into its final – and most challenging – year, and the future of UAV deliveries, automated flying taxis, and more could hinge on just how well the trials pan out. The Unmanned Aircraft Systems Traffic Management project (UTM) has been running since 2015, NASA’s experiment in collaboration with the FAA and other agencies to explore how piloted and self-flying drones and other unmanned aircraft can cohabit in the skies.

Currently, the FAA operates an air traffic control system for traditional aircraft like planes and helicopters. Drones and other smaller aircraft – typically covered under the “unmanned aircraft systems,” or “UAS,” heading – have been less regulated. That has forced limits on altitude and flying area on personal drone pilots, as well as grounding fledgling drone delivery schemes from a number of companies.

NASA’s goal with its partners has been an ambitious one. The UTM aims to lay down the groundwork for a nationwide drone traffic control system, by which smaller aircraft could be managed in exponentially larger numbers than what’s currently in the air. Estimates suggest that, by 2020, as many as 400,000 small UAS could be doing commercial duty, along with five times that number of recreational drones.

The final stage of UTM is, unsurprisingly, the most ambitious. Dubbed Technical Capability Level 4, or TCL4, it covers drones used in urban landscapes.

That presents new challenges compared to regular aircraft or drones flown out in open environments. For a start, there are localized weather conditions and dealing with crowded cityscapes; getting consistent positioning from GPS can be troublesome in urban canyons, too. Wireless networks can be overloaded, or depend on line-of-sight to work most efficiently. 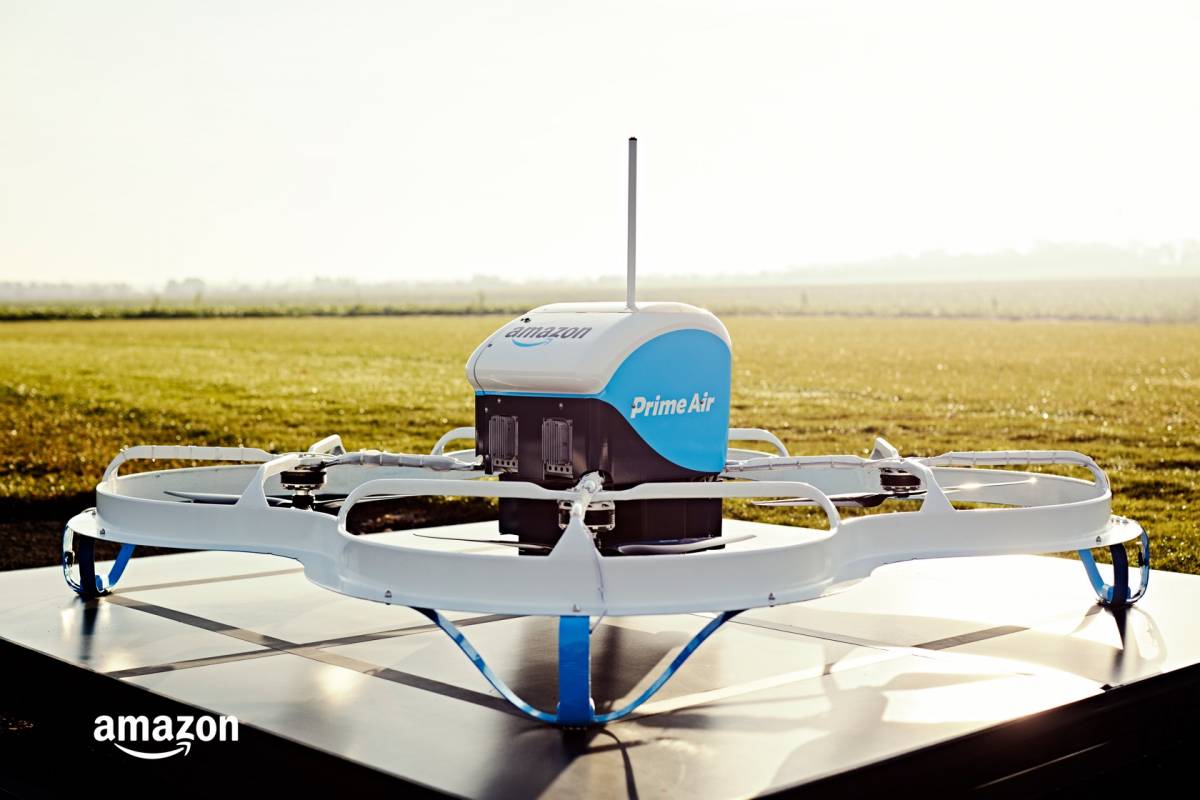 All the time, too, the drones need to be able to land in defined places, and negotiate with other aircraft in flight. Just as importantly, any system developed to manage that needs to be as automated as it can be. “In the end,” NASA says, “the goal is to understand what’s needed for a drone traffic management system that automates as much information exchange as possible.”

Later in the year, different tests will put each of those challenges under the microscope. In Reno, NV, and Corpus Christi, TX, the UTM team plans to look at how hyper-localized weather data could be communicated with drones and, if applicable, drone pilots. Given that they’re smaller, UAS can be more affected by high winds or rain. In an urban setting, the way weather conditions shift and are changed by tall buildings, for example, can make it even more precarious.

How those warnings – up to and including notifications that a drone isn’t capable of flying in the current conditions – will need to be transmitted in a secure and reliable way. Currently, NASA is using two-way radio from a ground-based computer system. Problem is, that relies on line-of-sight.

The UTM, therefore, is working with cellular networks to run trials this year of whether drones could use that technology to communicate with air traffic control. “Results from last year’s UTM test flights showed this wouldn’t interfere with people’s phones,” NASA says, “but more research will be needed.” 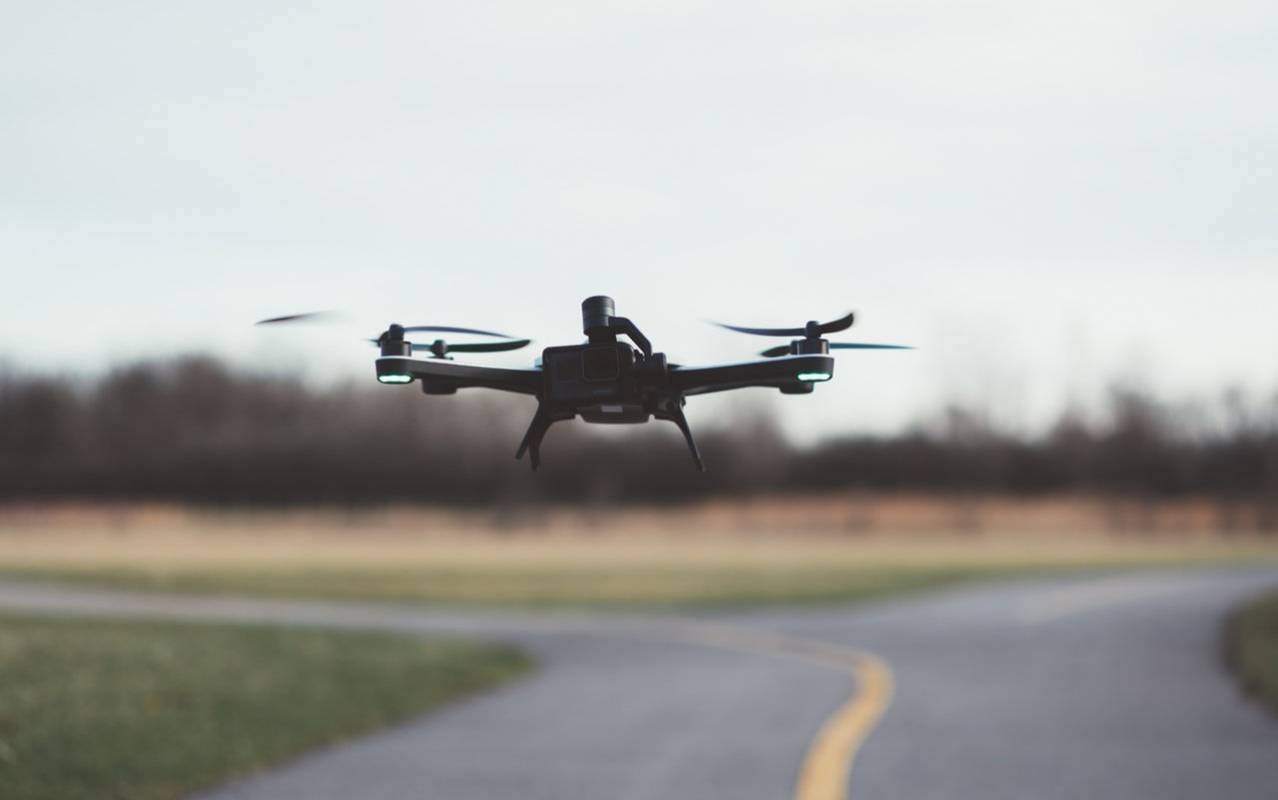 Latency and reliability will be a key focus there, because that connectivity could end up being used to help drones navigate. Cities can be a nightmare for getting a reliable GPS fix, after all, and so TCL4 will explore how ground-based sources could augment that positioning data for drones in flight.

Takeoff, landing, and everything in-between

With the potential for thousands of drones in action at once, safe piloting and collision avoidance is unsurprisingly a key focus of TCL4. In Reno, for example, the UTM will use a five-story parking garage for takeoff and landing. Drones will use cameras and LIDAR to navigate around nearby buildings in order to safely touch down.

“Data will then be collected about how well they perform, especially in concert with other tools on board the aircraft,” NASA explains. “UTM is a collection of components, including both onboard capabilities like these and software on the ground that communicates flight plans and positions to other software systems. How all these pieces interact is key to the UTM research.”

Although programmed landing positions will be best-practice, drones will also need to be able to adjust on the fly. A system using cameras to identify potential hazards blocking a preset landing spot has already been developed by the UTM team and will be tested as part of TCL4. Emergency landings or flight plan changes, perhaps responding to allow a fire department drone through, will also be part of the trials. 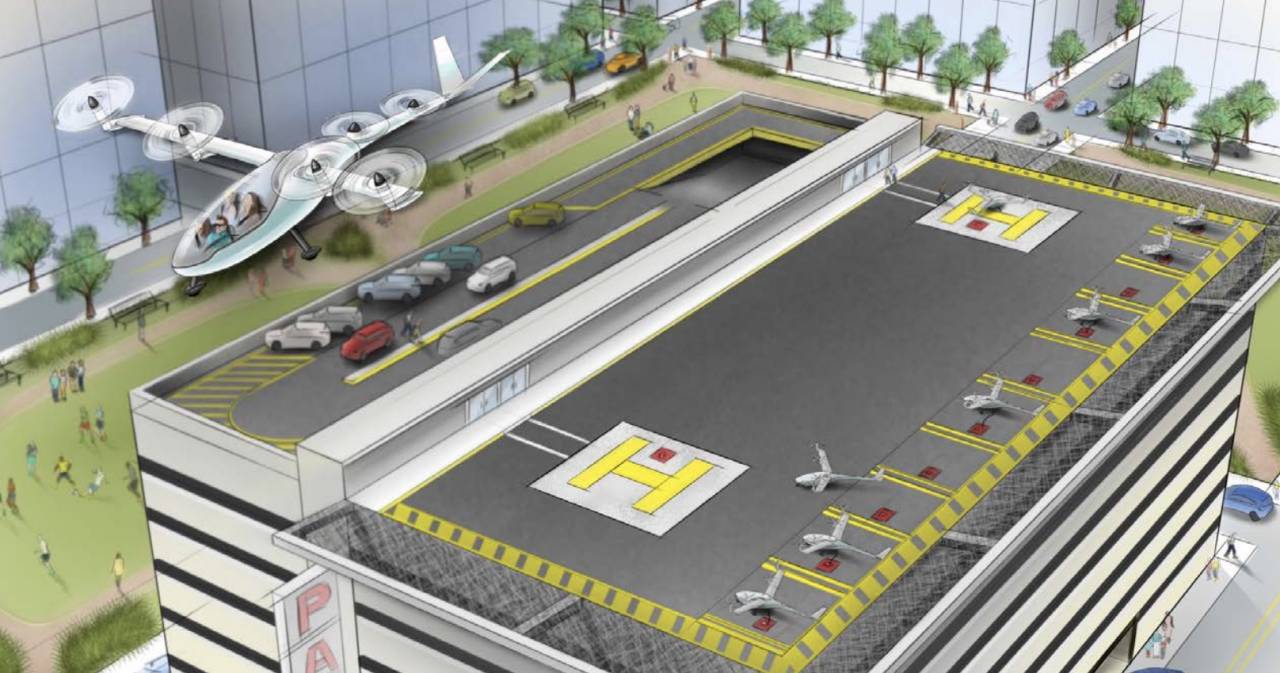 After all, while drones will need to be able to avoid stationary obstacles, the skies aren’t empty – and they’re only going to get busier. The UTM is looking at a multi-stage process there, much akin to how current airplanes operate. Drones would file a pre-launch plan, which would be used to calculate the best, safest time to launch. While in the air, each UAS would broadcast its speed and heading, allowing for mid-flight adjustments. Although NASA agrees that obstacle avoidance systems are vital, the hope is that clever planning and management could minimize its use.

A lot hinges on UTM

Efforts to manage commercial drone deployment have been harder than some expected, it’s fair to say. Companies like Amazon, Google, Uber, and others have wanted to launch trials of everything from using UAS for deliveries, through to VTOL taxi services which could either be fully-autonomous or remotely piloted. Getting those ambitious proposals to work with the current air traffic situation has been challenging, and many of the schemes have been grounded as regulators try to figure it all out.

The UTM’s conclusions will go a long way to deciding some of those safety, logistical, and business questions. “The results NASA soon will deliver to the FAA will incorporate principles discovered through NASA’s research over the last four years,” the space agency writes. “With that, the UTM team believes their prototype system could be scaled up to cover the entire United States and beyond, reaching farms, small towns and big cities around the world.”