NASA will reveal video of the Perseverance rover’s incredible landing on Mars today, a glimpse of the complex multi-stage process that successfully culminated in the car-sized robot touching down on the red planet late last week. It proved to be a nail-biting seven minutes or so, involving not only some serious heat-shielding but a parachute, sixteen rockets, and a Sky Crane.

Getting a six-wheeled roaming science platform the size of an SUV safely to another planet proved to be no easy feat. For a start, Mars is currently around 147 million miles from Earth: that meant not only a long journey, with Perseverance taking off in mid-2020, but that the rover itself had to be its own pilot for the landing.

With delays of more than 11 minutes for a signal to reach Mars from NASA’s Jet Propulsion Lab, the rover needed to be programmed to land itself. That involved first shedding speed as it entered the Martian atmosphere, then deploying a vast parachute to further reduce the pace of its descent. The housing was released, along with the attached parachute, and then two sets of rockets – each eight-strong – were used to guide the jetpack with Perseverance attached even closer to the surface.

From that jetpack unspooled the Sky Crane, gently lowering the rover to the ground. NASA shared a photo of just how that process unfurled, showing Perseverance dangling beneath the jetpack right before its six wheels hit Martian dirt. Now, though, we’ll get to see a video of it. 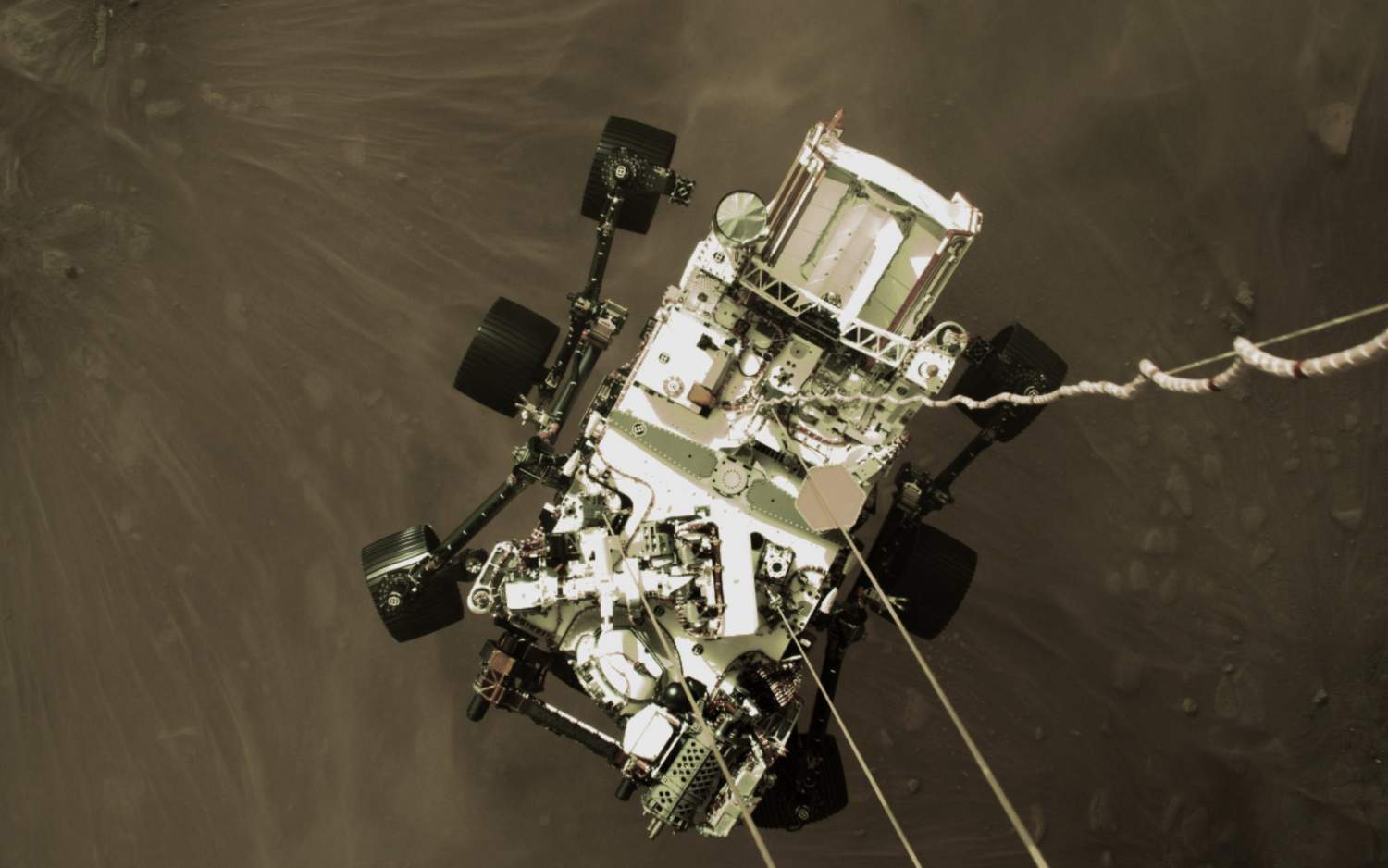 NASA plans to release that at 2pm EST (11am PST) today, Monday, February 22nd. There’ll also be new images from Mars, as the space agency continues to receive data from Perseverance’s sensors as they progressively come online.

Curiosity, the Mars rover which has already spent several years on the planet, has been responsible for some of the most breathtaking imagery of our solar neighbor. Perseverance, however, promises to deliver even more impressive content. It has higher resolution cameras, along with twin microphones so that we’ll eventually be able to hear what it sounds like on Mars too. 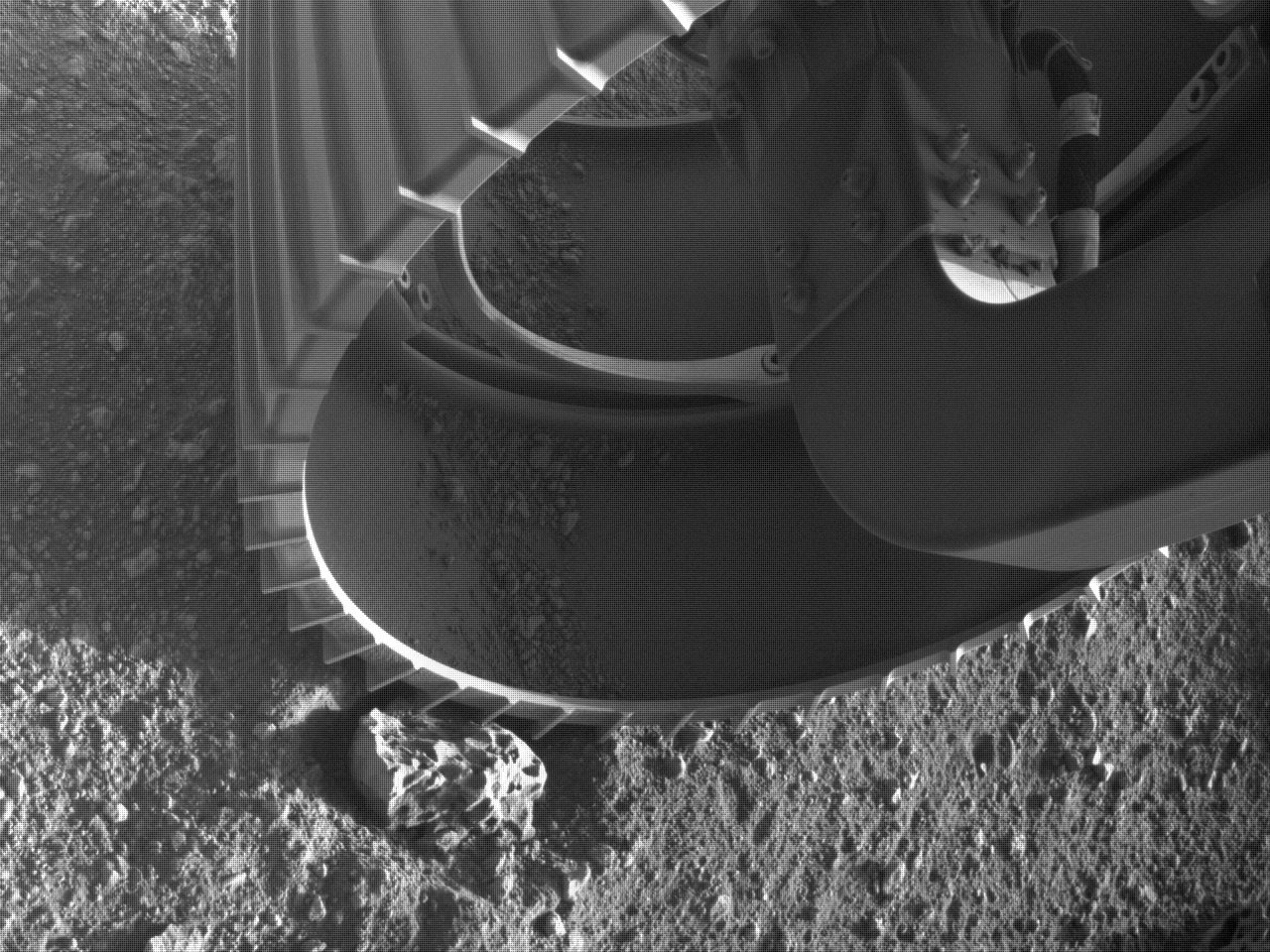 We’ll also – if all goes to plan – get a view from the skies. Perseverance carried down Ingenuity, a helicopter designed to achieve the first powered flight on another planet. That will capture photos and videos, though isn’t designed to do any specific science while in the air. Instead, NASA intends to use it as a proof of concept for future missions that could involve aerial surveys, act as a data relay, and more.