NASA may delay the departure of SpaceX Crew Dragon from the International Space Station, with the fate of the mission as currently planned hinging on a potential tropical storm where the spaceship is due to splash down. Currently, Crew Dragon is intended to leave the ISS on Saturday with astronauts Bob Behnken and Doug Hurley onboard, with the return to Earth scheduled for 2:24pm ET on Sunday, August 2nd.

It’ll mark the end of Crew Dragon’s historic first crewed mission to the ISS and back again, a significant milestone for both SpaceX and NASA, and a demonstration of the efficacy of the Commercial Crew program. Behnken and Hurley have spent the past two months on the ISS, after docking there at the end of May.

In future, Crew Dragon will bring new astronauts up to the space station, and then return with the outgoing crew. For this first demonstration, however, Behnken and Hurley are making the trip both times. Crew Dragon is designed for at least five reuses, and potentially more. It’ll take roughly six months to refurbish the spacecraft between flights, SpaceX says.

The schedule, however, may have to change. NASA is monitoring a number of criteria for the return journey, with one of the biggest questions being a storm forming in the Caribbean Islands. Tropical Storm Isaias is forecast to hit Florida and possibly impact some of the seven landing sites that NASA and SpaceX have pre-selected.

Wind speed for a successful splash down can’t be greater than around 10 mph, NASA says. Meanwhile there’s a maximum wave height and wave period, so as to protect the heat shielding. Rain, too, can be an issue, and lightning, both of which can impact the parachutes that slow the spacecraft’s descent. Even assuming Crew Dragon makes it down safely, NASA needs to successfully fly a helicopter out to retrieve the astronauts.

If there’s bad weather forecast for multiple sites across multiple days, Crew Dragon simply won’t undock from the International Space Station at all. Instead, it’ll wait out the storms until a safer splash down is possible.

Should SpaceX’s spacecraft undock and then conditions worsen back on Earth, that too isn’t a significant problem. There’s around three days of consumables on the Crew Dragon, so that the astronauts will be well-provisioned while they wait for the green light to descend through the atmosphere. That includes oxygen, food, water, and lithium hydroxide to scrub carbon dioxide, though even then supplies there could be prolonged past three days. 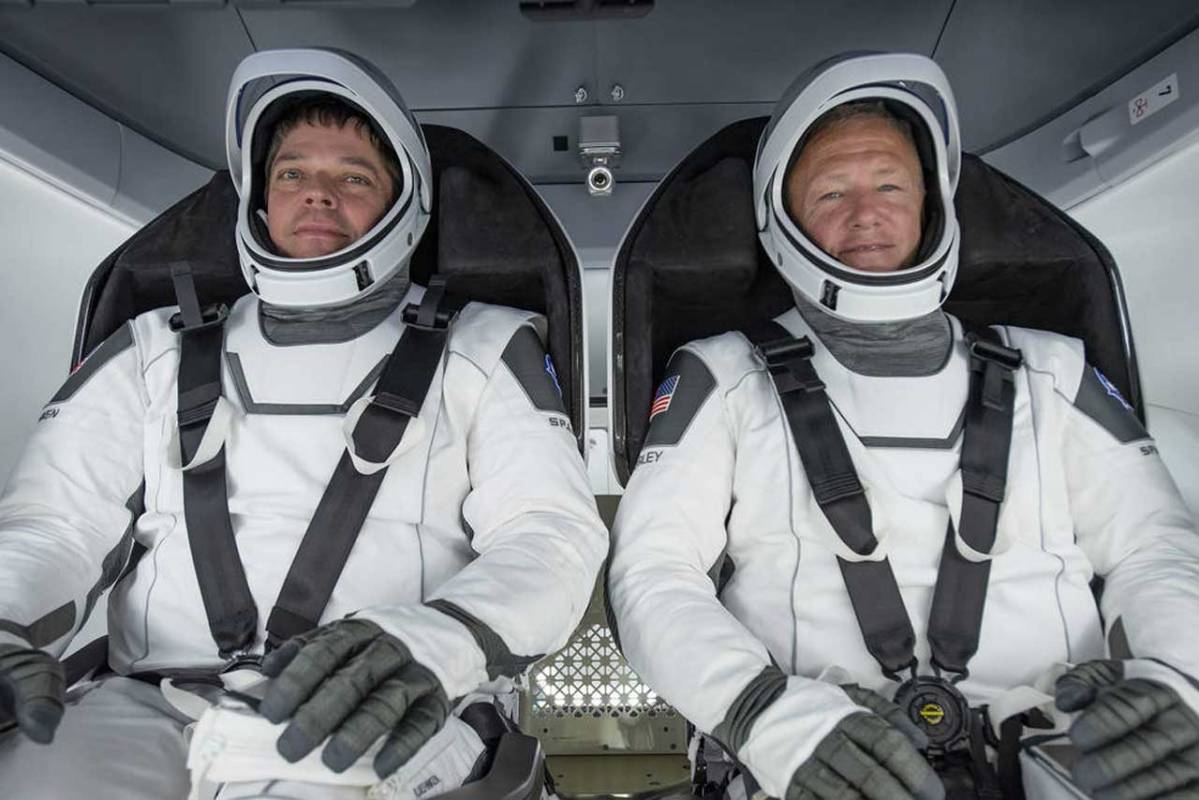 The reality, NASA points out, is that this is a test mission, and all the parties involved are aware that things could evolve as a safe outcome is sought. The goal is to bring Crew Dragon down in a way that allows its reuse potential to be demonstrated in full, since that is a key part of proving it’s a cost-effective way to service not only the ISS but take astronauts to the Moon and, beyond that, planets such as Mars.