NASA is testing their latest experiment; the new idea is the LEAPTech electric wing. LEAPTech stands for Leading Edge Asynchronous Propeller Technology, and this set of wings looks very different from a traditional airplane wing. The LEAPTech wing looks a bit strange with its narrow surface area and its lengthy 31-foot wingspan. Not to mention that the wings are decked out with 18 small engines, while most commerical jets normally have two or four engines. It’s electric and aims to be safe, efficient, and environmentally friendly.

The wing uses lithum iron phosphate batteries to powers the small motors running each of the 18 engines. Each engine can be individually controlled, allowing flight engineers to customize motor speeds for peak performance.

Right now, NASA is testing the wing by mounting it to the back of a truck and running it at speeds which are slower than its full engine capacity, but NASA plans to attach the wings to a four-seater Italian Tecnam P2006T aircraft and fly at about 70 mph. These electric engine wings aren’t designed for speed, but they will be three times faster than the solar-powered Solar Impulse 2 which is traveling around the globe at a speed of only 23 mph.

LEAPTech was created by a partnership between two private aviation firms, ESAero and Joby Aviation. The airplane image is only a rendering of the wing mounted to a small X-plane. NASA plans to fly the oddly shaped wing in a few years, but right now the wing is still undergoing testing. This could revolutionize aircraft, but NASA could also be grasping at straws with this model as NASA pushes for electric engines to be used in a significant part of the aircraft industry. 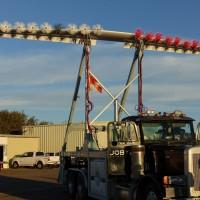 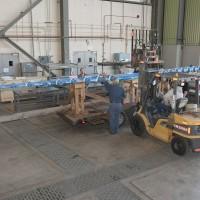 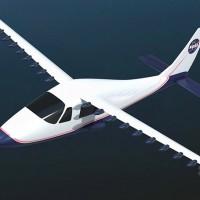