André Borschberg and Bertrand Piccard are going around the globe again. They first flew across America in their solar-powered plane two years ago. This time, they are flying an improved design, the Solar Impulse 2, around the world. They are taking off from Abu Dhabi today and fly around the world. It was initially supposed to launch in February, but was delayed due to strong winds and bad weather. The flights will total at over 500 hours and is to be divided up into multiple legs.

The Solar Impulse was the Swiss adventurers’ first solar plane. They flew across the southwestern US from Phoenix, AZ to Dallas, TX in about 18 hours. This newer incarnation has advanced batteries that allow the plane to hold a solar change and fly under cloud cover or at night. The designers theorize that due to its ultra-light carbon frame and efficient engineering, the plane could possibly fly forever. Non-stop flying this little plane still just a theory. This trip is making many stops along the way.

The plane is small and elegant, resembling a dragonfly. Its compact size makes creature comforts, like a co-pilot or a bathroom, impossible. Instead of a co-pilot, Piccard and Borschberg will alternate piloting at each leg of the flight. When they land, they will give speeches about renewable energy and entrepreneurship. The longest legs of the flight are up to five days long. At that time, the pilot will be flying solo. As for the bathroom, the toilet is built into the pilot’s seat which could make an uncomfortable five-day stretch.

The Solar Impulse 2’s engine will keep a steady speed of about 20 knots which is extraordinarily slow for air travel. A car could drive much faster between these destinations. In fact, Piccard traveled around the globe much faster by hot air balloon in 1999. Speed isn’t the point of this adventure. This journey tests the limits of solar-powered engineering, and is designed to get people talking about renewable energy. Piccard comes from a long line of explorers. His father, Jacques Piccard, was the first person to descend to the depths of the Mariana Trench. 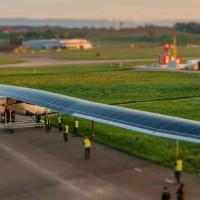 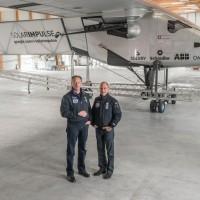 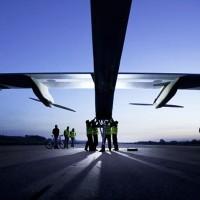 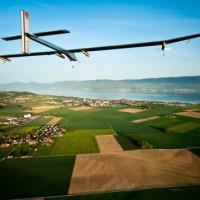 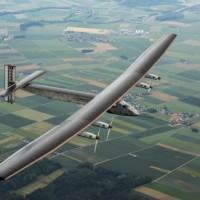