NASA space sensor tech could light a rocket under smartphones

Technologist Mahmooda Sultana created the design for a nanomaterial-based detector platform. Because of her work, combined with a next-gen 3D printing program, a new generation in computing may be about to emerge. It all centers on the 2-inch by 3-inch device able to detect minute concentrations of gases, vapor, atmospheric pressure, and temperature.

The device Sultana holds is the first product of a collaboration between disciplines that could change the way technology is manufactured. Sultana and her team are taking part in a $2 million technology development award at NASA’s Goddard Space Flight Center in Greenbelt, Maryland. There, she’ll develop the technology that’s first in this major project and future platform. 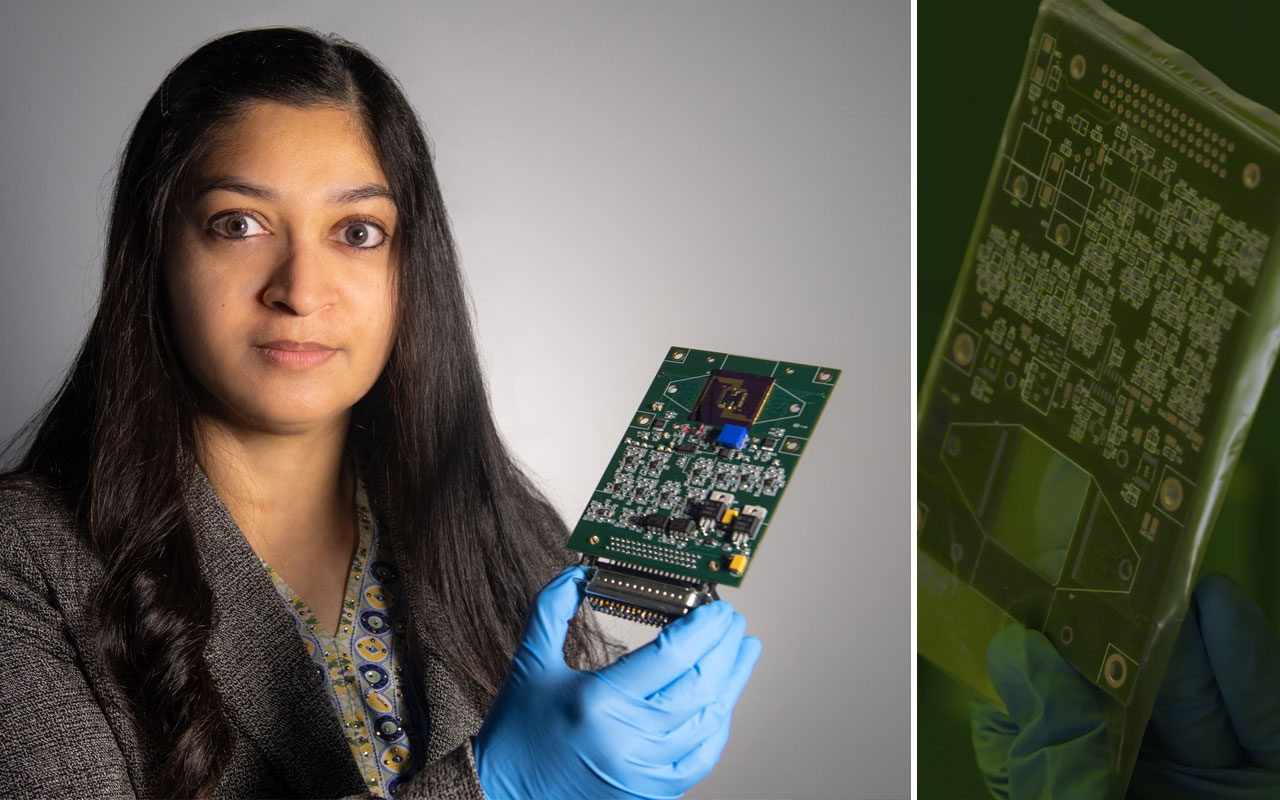 Part of the news here is the platform you see Sultana holding above. The other part is the 3D printing tech they’re using to make the platform a reality, and what it’ll mean for future products once they get this project off the ground.

The platform is amazing in and of itself. It is a set of sensors and a wireless antenna printed on a single circuit board that also holds its own power source. “The beauty of our concept is that we’re able to print all sensors and partial circuity on the same substrate, which could be rigid or flexible,” said Sultana. “We eliminate a lot of the packaging and integration challenges.”

“This is truly a multifunctional sensor platform,” said Sultana. “All my sensors are on same chip, printed one after another in layers.”

The first version of this platform works with sensors that are very sensitive, “down to low parts per million.” Through the next years of development, their aim is to detect with sensitivity “to parts per billion.”

“The innovative aspect of this work is we can bring the size down to about the size of a cellphone,” said Sultana. These are so low-resource, we can fly them on small satellites and get really good science out of it.”

Instead of laying down material line-by-line like most modern 3D printers, this 3D printer works with a layer-by-layer approach, with each layer printed in an instant. The “ink” in this method of 3D printing is made of extremely tiny, sensitive nanoparticles. Using electrophoresis, these particles are pulled toward a template and arranged in a layer, all at once. 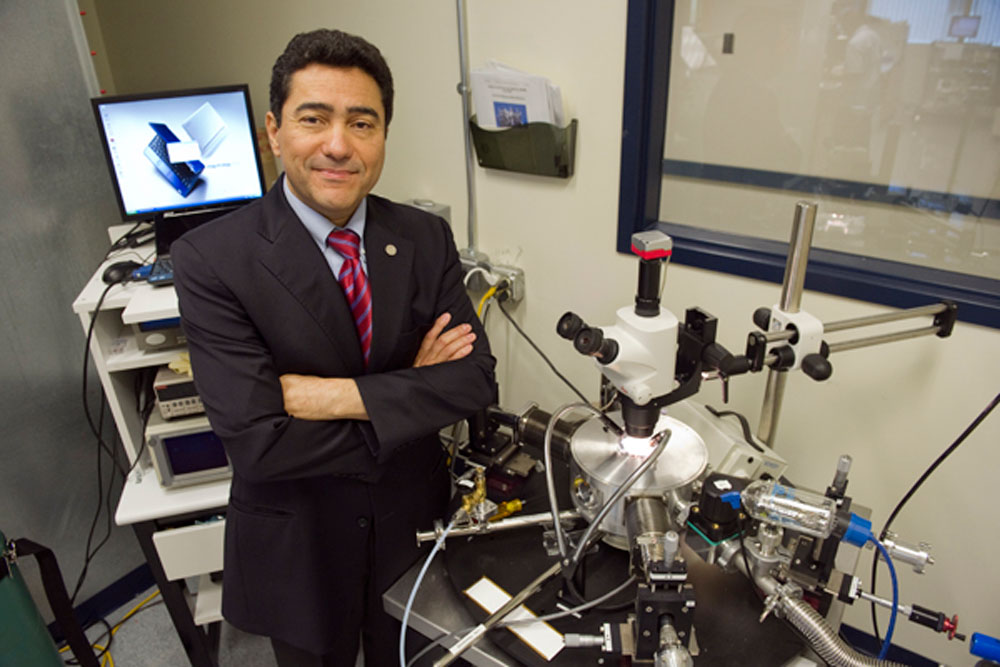 This is sure to attract the attention of major names in consumer technology as Sultana’s project includes multiple sensors all applied at once, and the product can be used in a wide range of ways for NASA’s future space exploration missions. Best of all, the device can be printed quickly – and would’t require individual assembly-line manufacturing like all other modern gadgets do.

Given the build-their-own multi-company piece-by-piece construction work smartphone manufacturers use right now, this sort of switchover would require a major revolution in the industry. Each individual company would design the plans, and a single company would print a single motherboard with all its parts, all at once.