NASA hopes to mark Father’s Day with a colorful show of luminescent clouds, all the way above the mid-Atlantic coast. The NASA Terrier Improved Malemute mission will see a sounding rocket launch from the Wallops Flight Facility in Virginia, and then release several canisters of colored vapor. Dubbed “vapor tracers”, they’ll allow the scientists behind the project to observe how particle motions in space behave.

It’s part of NASA’s ongoing efforts to understand science the ionosphere and aurora. High on the agenda is figuring out how neutral and ionized gases move, since they in turn reveal how mass and energy are transported from one region to another. That’s dependent on a number of factors, not least the current activity of the sun.

Though the flight time is only expected to be around eight minutes, ten capsules will be deployed, beginning from around 4 minutes in. Each capsule is around the size of a Coke can, and filled with either blue-green or red vapor. According to NASA, each has a fraction of the chemicals you’d find in, say, a firework for a traditional display.

Harmless to anybody who might be living underneath, the chemicals will nonetheless prove invaluable to those watching the mission unfold. Ground cameras will be positioned both at Wallops and in Duck, North Carolina, observing the patterns produced and how the various clouds shift over time. For that, of course, NASA needs clear skies at at least one of the two locations. 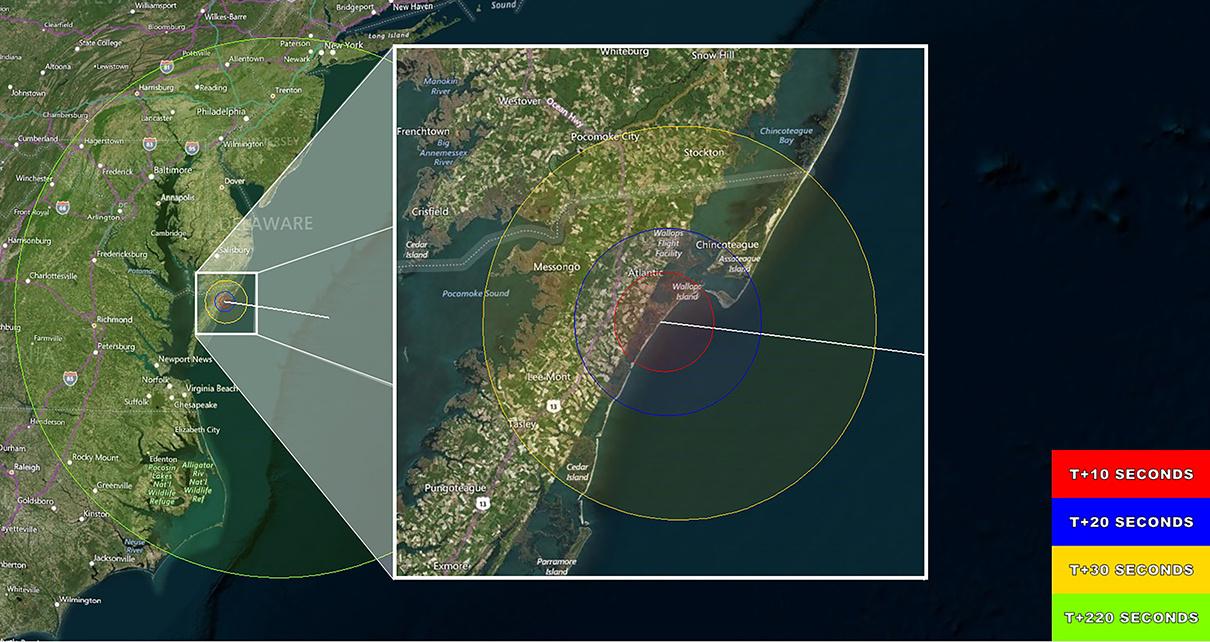 That’s proved something of a headache in previous attempts. Indeed, this is the eight launch attempt for the rocket, with NASA having scrubbed previous plans for reasons including everything from clouds in the sky, to higher winds, and even boats being present in the so-called hazard area underneath where the mission will take place. For those without a NASA center to observe from, the team says that the clouds could be visible along the mid-Atlantic coastline, from New York to North Carolina.

If you’re not there, there’ll be a livestream too. The mission depends on a new, multi-canister ampoule ejection system, designed to enable far broader deployment of test vapors than previous versions. Those used only the main payload for dispersal, with the interaction of barium, strontium, and cupric-oxide forming colorful clouds between 96 and 124 miles high.