NASA is currently working on one of the missions that will launch on Artemis I. The mission is the Near-Earth Asteroid Scout or NEA Scout. Engineers at NASA have tucked NEA Scout inside the Space Launch System rocket at the Kennedy Space Center in Florida. The spacecraft is one of several secondary payloads that is hitching a ride into orbit aboard Artemis I.

Artemis I is the first integrated flight of the SLS and Orion spacecraft. NEA Scout is a small spacecraft about the size of the large shoebox packaged into a dispenser attached to the adapter ring connecting the SLS rocket and Orion spacecraft. The Artemis I mission is uncrewed and provides deep space transportation for multiple CubeSats, offering spacecraft like NEA Scout and others an opportunity to reach the moon and beyond.

NEA Scout is a notable spacecraft because it’s the first interplanetary mission using solar sail propulsion. NASA has performed multiple sail tests in Earth orbit and is ready to show that the new type of propulsion can be used to go to new places and perform science. The spacecraft will use stainless steel alloy booms to deploy an aluminum-coated plastic film sail that’s thinner than a human hair and approximately the size of a racquetball court.

That significant sail area generates thrust by reflecting sunlight. Photons bounce off the solar sail giving it a gentle but constant push. Over time, the constant thrust can accelerate the spacecraft to very high speeds allowing it to navigate space and catch up to its target asteroid. Propulsion of this type is particularly useful for small and lightweight spacecraft unable to carry large amounts of conventional rocket fuel. 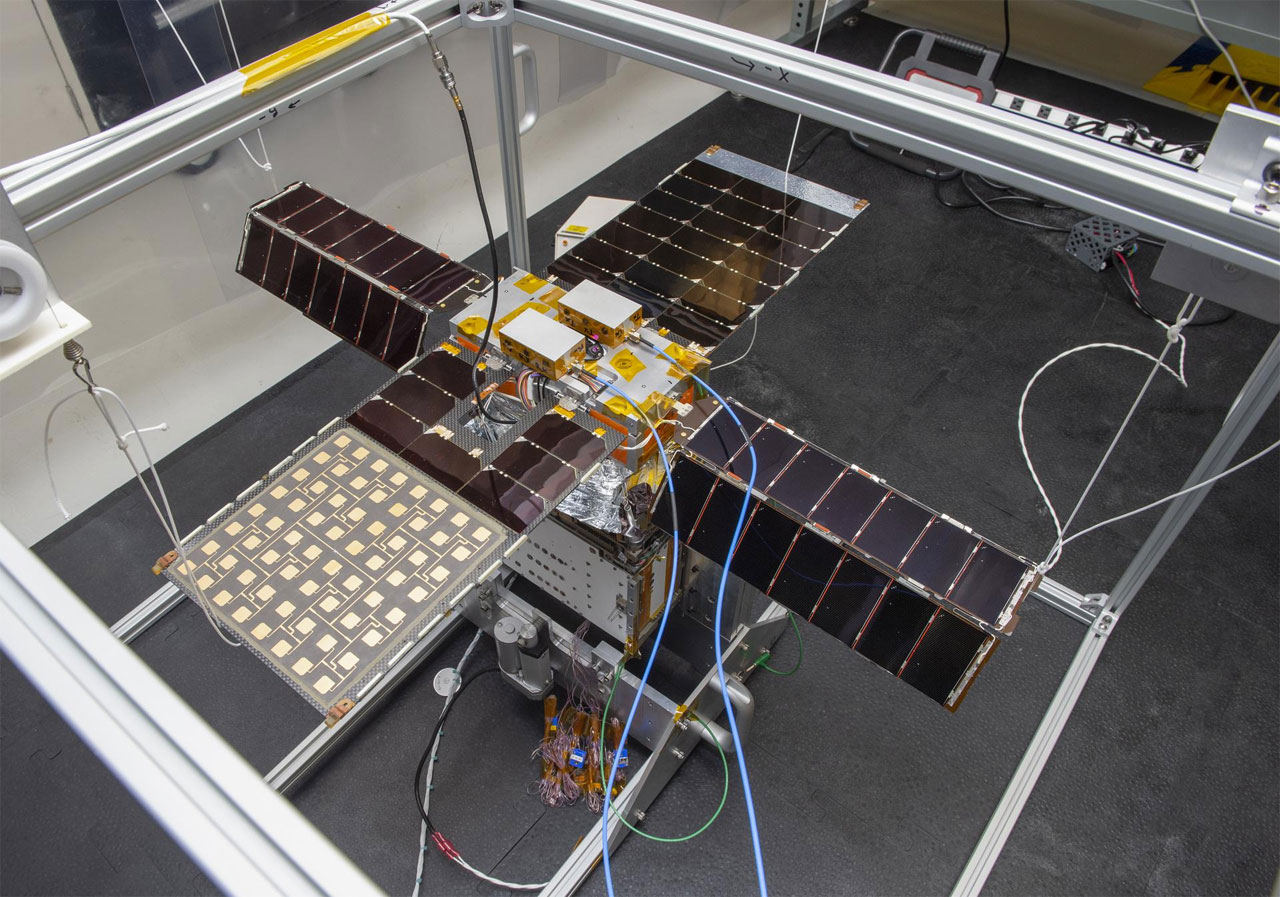 NEA Scout is a precursor to another NASA mission that will use solar sail propulsion called Solar Cruiser. That spacecraft will use a sail 16 times larger and is expected to fly in 2025. NEA Scout will embark on a two-year journey to a near-Earth asteroid and is fitted with a science-grade camera to capture images of the asteroid with resolution down to four inches per pixel. The data will help scientists better understand a smaller class of asteroids measuring less than 100 meters across that haven’t been previously explored.