NASA is readying the first flight of its new Orion spacecraft set to take place this week, as it refines the technology that is expected to one day take astronauts to Mars. Due to blast off on Thursday, December 4, Orion – and the mighty United Launch Alliance Delta IV Heavy rocket it will sit atop – won’t be manned this time around, but instead used as a test-bed to see how well it will cosset future human passengers from dangers like radioactivity, heat, and more.

It’s no small undertaking. In fact, deep space exploration hasn’t been undertaken by NASA since the Apollo missions, which ended in the early 70s.

If a mission to Mars is to go ahead – something NASA is hoping to put into motion in the mid-2030s – then Orion needs to prove its capabilities as a home for extended human occupation. Capable of accommodating up to six astronauts, the circular pod is 10.8 feet tall and 16.5 feet across at its widest point. 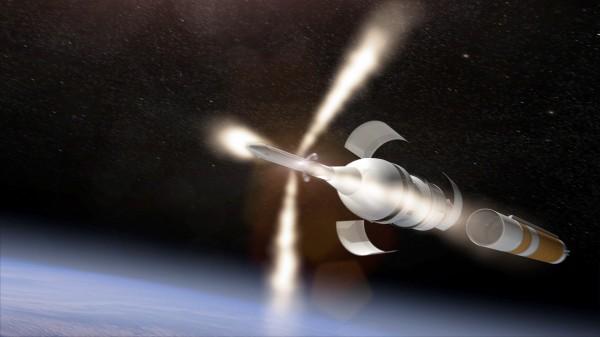 A fair amount of that space will be taken up with the safety systems and their redundancy back-ups. For instance, one of NASA’s requirements has been to support a full crew even if the spacecraft itself depressurizes, for a period of six days.

Still, that’s a fraction of the maximum 21 days Orion is designed to transport people. Anything longer, Space points out, and there’ll be a secondary deep-space habitat which will be attached to the spacecraft.

Such an arrangement is expected to be used on the eventual Mars mission.

NASA has pushed the boat out with materials and construction techniques for Orion, turning to things like 3D printing to help outfit the craft. The test flight will also be an opportunity to see how the new heat-shield coating performs, a point of considerable stress given the speeds Orion is expected to eventually travel at.

For the first test flight, however, Orion’s trip will be a little more contained. NASA plans for the spacecraft to travel to 3,600 miles, or 15x higher than the International Space Station orbits, and then run twice around the Earth.

Four and a half hours later, it will splash down in the Pacific Ocean – entering the atmosphere at 20,000 mph – under the watchful eye of a US Navy NP-3D aircraft outfitted with a special long-range infrared optical system dubbed “Cast Glance”. It’s able to spot and record high-temperature blips in the skyline, and will allow NASA’s engineers to figure out just how toasty the eventual occupants will get.

Remotely-controlled drones will also track the capsule and record its re-entry.