NASA has announced SpaceX will build the Artemis Lunar Lander, the craft which will return American astronauts to the surface of the Moon. The Artemis mission is scheduled to launch in 2024, and the Human Landing System will be instrumental in NASA’s plan to not only build a sustainable presence on the Moon but pave the way to crewed missions to Mars and other deep space exploration.

In the years since Artemis was announced, NASA has been gradually awarding contracts to private companies for the many pieces of hardware required for the mission. Roughly a year ago, the agency announced its final three picks for the Human Landing System, with SpaceX, Blue Origin, and Dynetics given 12 months to finalize their designs ahead of NASA’s big decision.

Each came up with a fairly different approach. SpaceX’s idea is based around its Starship, using Raptor engines and building on the Crew Dragon design. Different variations on the Starship design would be configured for different tasks, such as acting as a low-Earth orbit refueling station, or descending to the lunar surface.

Finally, Dynetics designed a single landing system which would use modular propellant vehicles. Rather than the stacked, upright appearance of the other two landers, the DHLS had a more spread-out layout, with the crew cabin flanked by the engines.

The Human Landing System won’t just be required to do one trip down to the Moon, mind. While it’ll be vital to the initial crewed mission, NASA also plans to use it for future sustainable surface exploration. That will require refueling and reuse of all, or parts, of the lander. It’ll also be used to do Mars mission simulations. 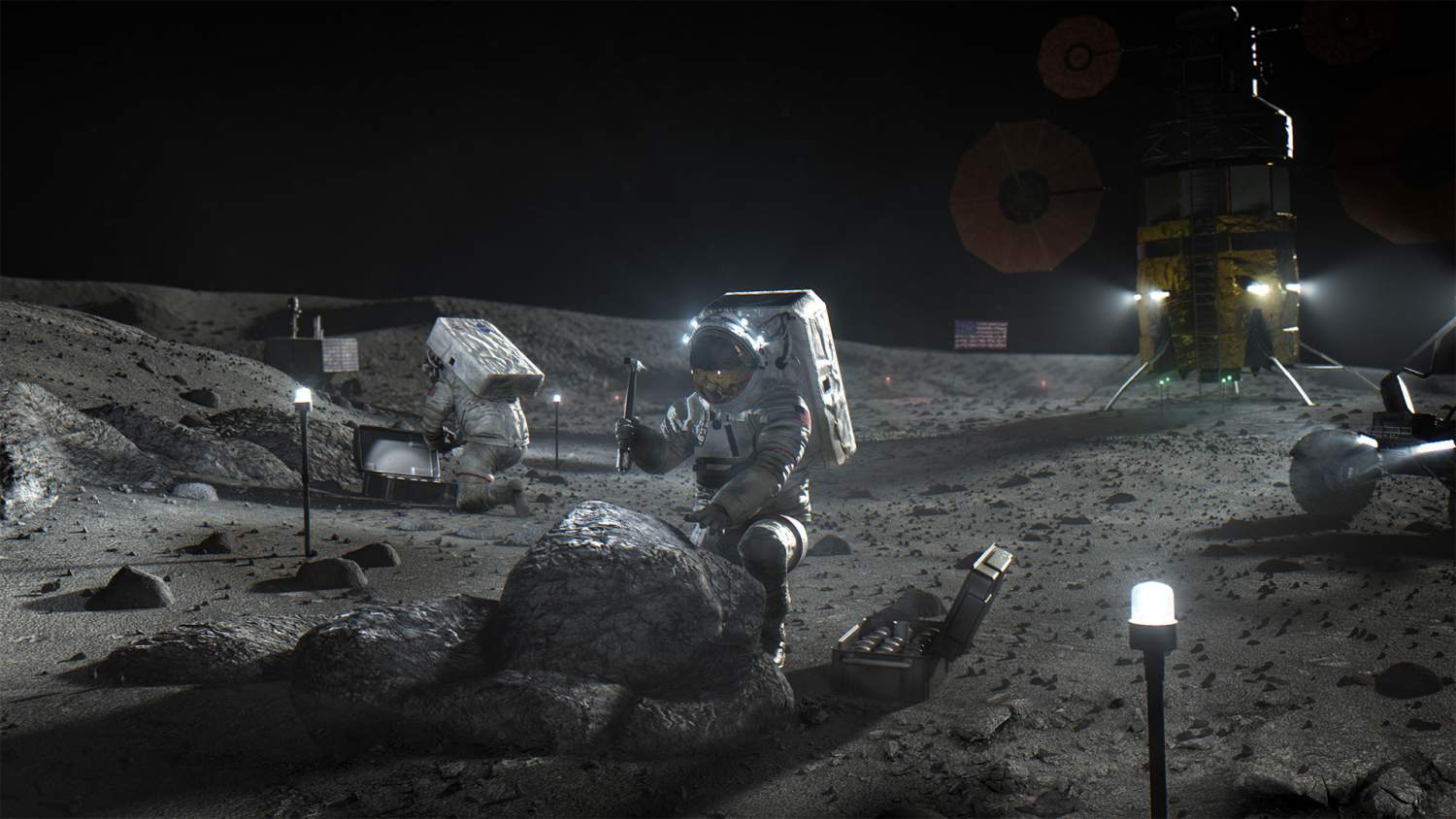 The Human Lander is just one part of the overall Artemis Moon Mission which NASA has on its roadmap. It’ll combine with the Space Launch System Rocket together with the Orion spacecraft as the way the space agency returns to the lunar surface. As part of that, NASA also has aggressive plans for what’s known as the Gateway.

That’s an outpost for space exploration that will be placed into orbit around the Moon. Not only will it provide support for the lunar exploration and eventual potential colony that NASA has in mind, it will also act as a staging point for deep space exploration. 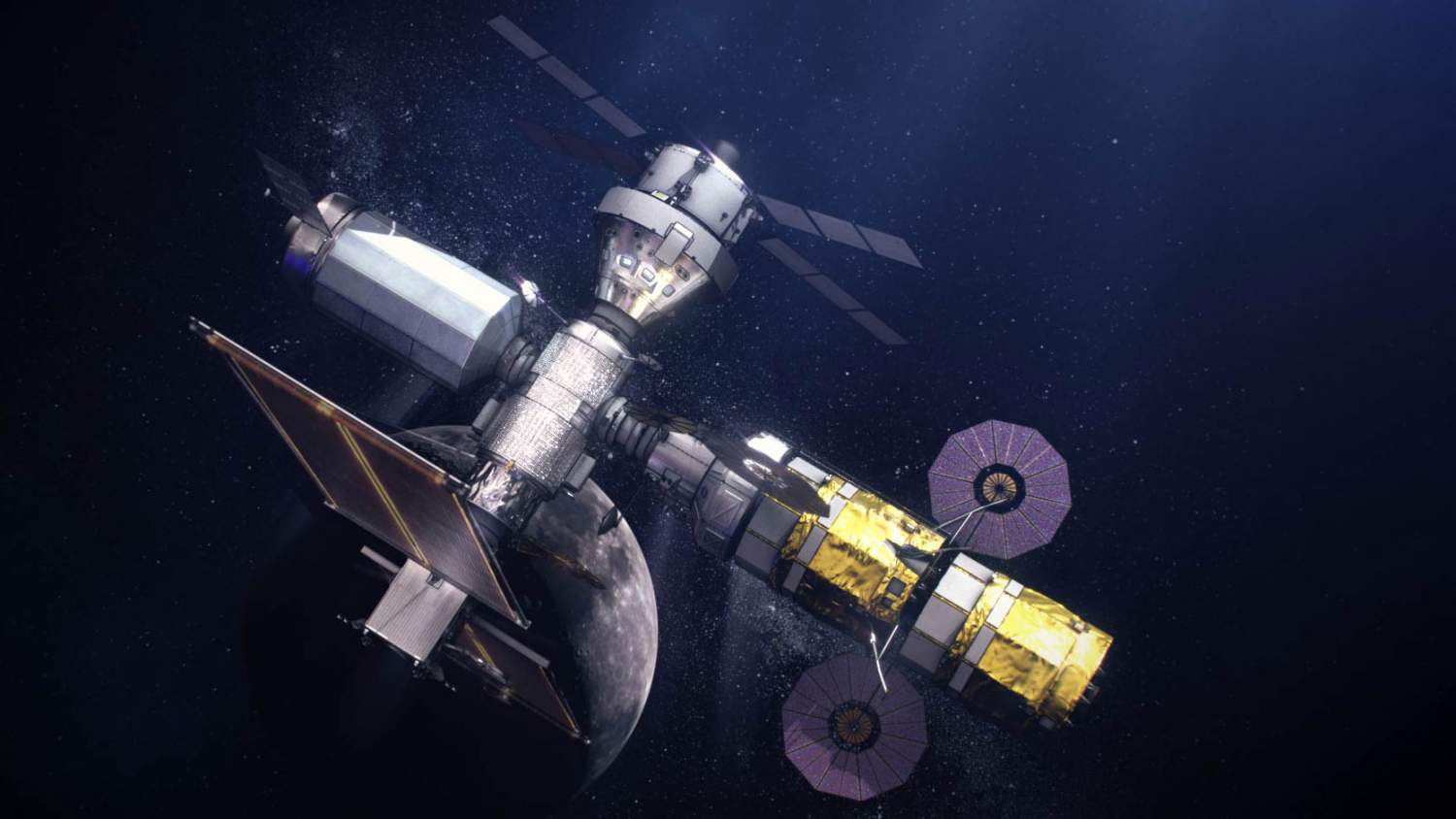 Initially there’ll be two main components which NASA says it will have ready to support the 2024 landing. The Power and Propulsion Element, or PPE, will be a solar electric propulsion spacecraft that will effectively be the power station for the Gateway, as well as deliver its attitude control and orbital transfer capabilities. Maxar Technologies, based out of Westminster, CO, is building the 60 kilowatt facility.

The other part will be the Habitation and Logistics Outpost, or HALO. Being developed by Northrop Grumman, it will be the home for astronauts stopping over at the Gateway, in addition to the hub for controlling energy storage and power distribution, communications, and environmental control and life support system, augmenting Orion and support crew members. It’s been designed with multiple docking ports, that will support not only several visiting spacecraft at a time, but also leave scope for future modules to be attached.

SpaceX has already been selected to launch the PPE and HALO components. That’s scheduled to take place no sooner than May 2024, with a Falcon Heavy rocket earmarked for the launch.