This is how NASA’s Sun probe will survive 2,500F temperatures

An eight-foot wide slice of foam with a few special layers will be all that’s protecting NASA’s Parker Solar Probe as it braves almost 2,500 degree Fahrenheit temperatures in the Sun’s corona. The spacecraft isn’t set to launch until August of this year, but it has already gained one of its most important features.

With the Parker Solar Probe, NASA plans to get closer to the Sun than any other mission. Expected to reach a distance of just 4 million miles from the surface of the star, it will frolic in the corona to gather new data about the magnetic field there. That’s expected to help scientists better understand how solar winds are created and accelerated, among other factors.

To do that, though, the robotic probe needs to survive conditions which aren’t exactly conducive to functioning electronics. Although it’ll face electromagnetic radiation and more, it’s the heat that presents one of the biggest obstacles. That, NASA plans to handle with a sandwich of high-tech, but low-weight materials. 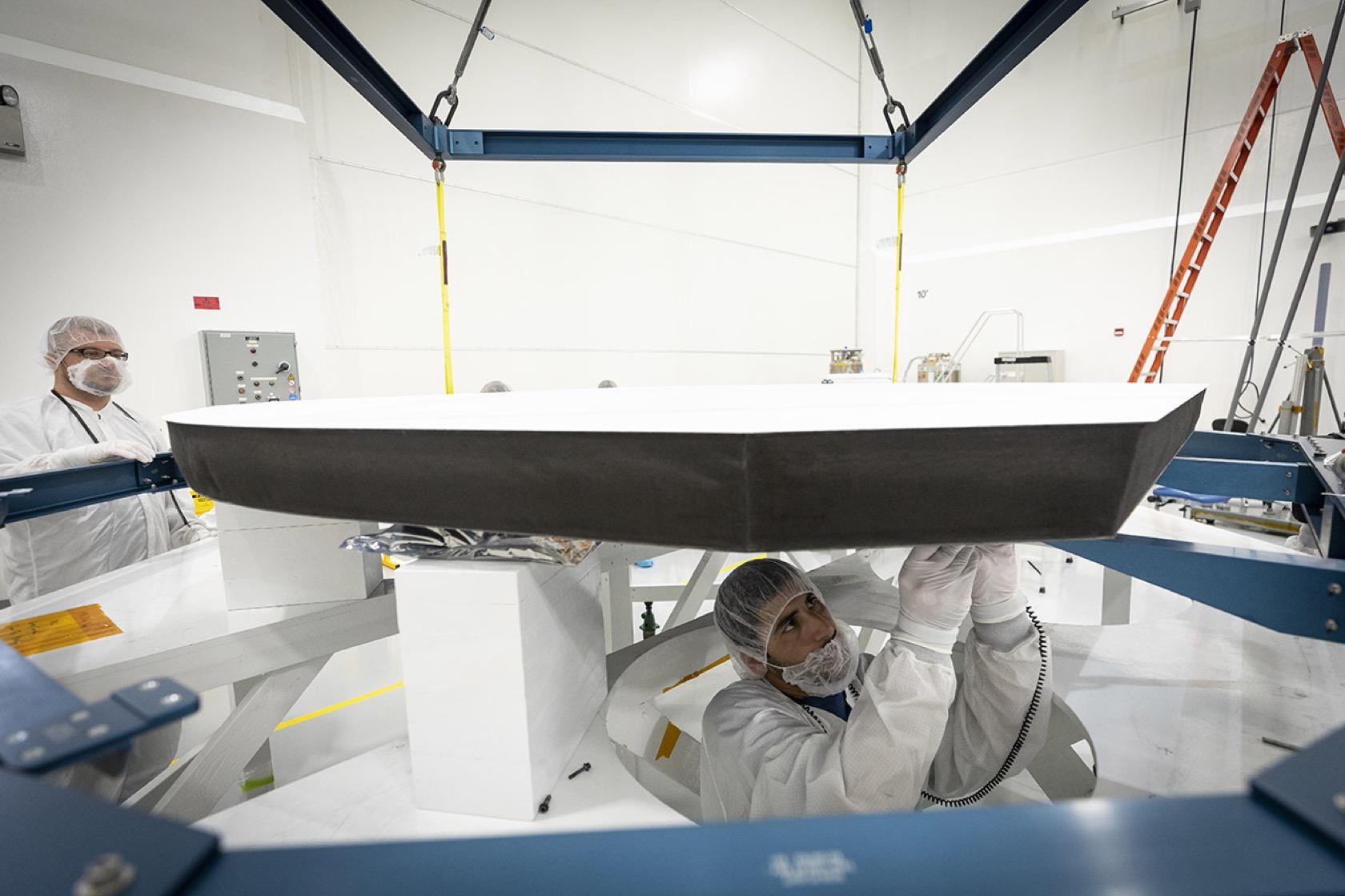 It’s called the Thermal Protection System, or TPS, and it’s an eight foot wide slab of carbon foam core with some special treatments. Two panels of superheated carbon-carbon composite are affixed to each side of the 4.5-inch thick foam, and then a special, super-reflective white coating is added to the Sun-facing part. The whole thing is hexagonal, and weighs around 160 pounds under Earth gravity.

Despite that, however, NASA says the TPS can survive the near 2,500 Fahrenheit heat and create a far more moderate 85 degree shadow for the rest of the probe. Power for the mission will come from a twin solar panel system. A larger set of panels will be used for the majority of the journey, and then retracted in favor of a much smaller, liquid-cooled system that will take over when the probe is nearer the Sun.

With the TPS in place, attached to a custom truss on the spacecraft, it’s the first time – since a brief test in 2017 – that the Parker Solar Probe has been fully integrated. The end result is a little less visually dramatic than the “Icarus II” spaceship created for 2007 Danny Boyle movie Sunshine – though Boyle did actually consult NASA on some of the cooling technologies it relies upon for its spacecraft, as he and his designers created the sun-spearing ship – but a whole lot more feasible.

If all goes to plan, the Parker Solar Probe will take off next month. It’s expected to make its first close approach to the Sun in December 2024.