NASA’s Parker Solar Probe has been setting records for several years. On November 21, Parker set another record by completing its 10th close approach to the sun. On this close approach, the spacecraft came within 5.3 million miles of the sun’s surface.

While that is a vast distance, the heat produced by the sun is extremely intense. The perihelion occurred at 4:25 AM EST on November 21, and at the time, the probe was traveling at 364,660 miles per hour. At such an incredible speed, NASA says the probe would travel from the Earth to the moon in less than an hour.

The close approach also marked the midway point in Parker’s 10th solar encounter, which began on November 16 and ended on November 26. Despite the hostile environment close to the sun, the spacecraft is in good health, and all systems continue to operate normally. While Parker is close to the sun, it’s unable to send data collected home. It will send back all data collected on its close encounter with the sun from December 23 through January 9. 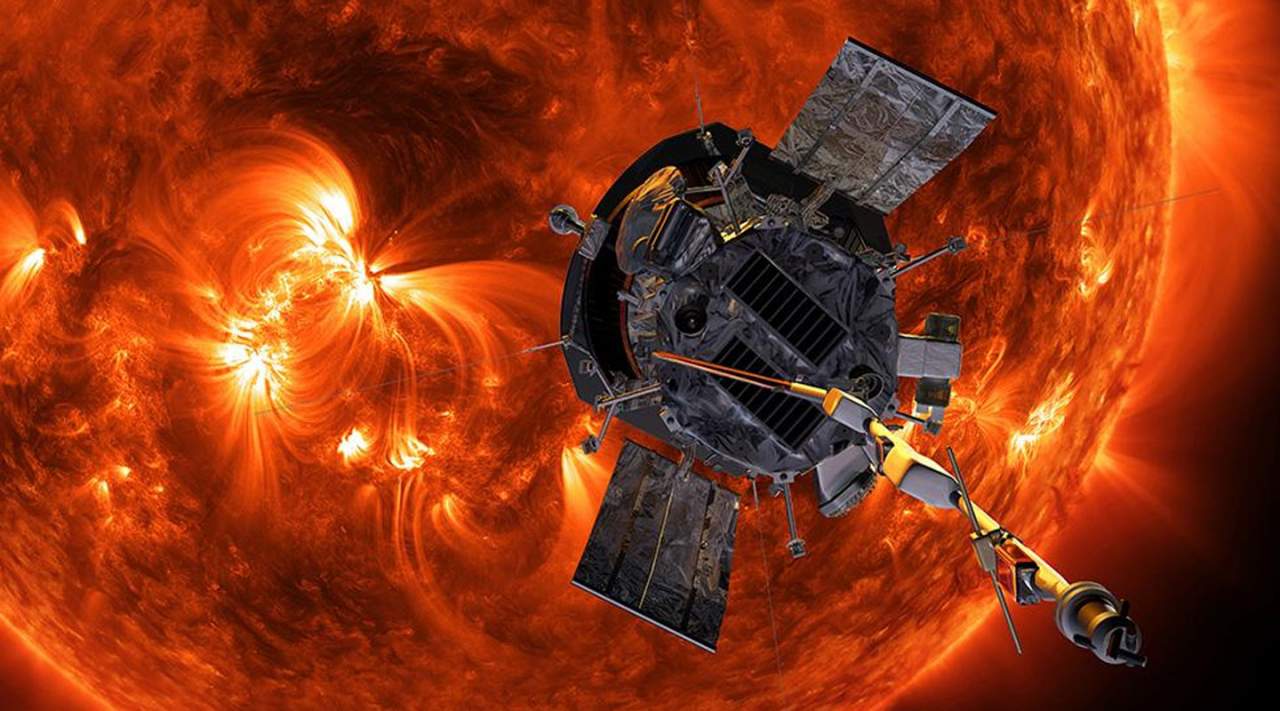 The data it returns will provide information on the solar wind and the dust environment near the sun. Earlier this month, NASA shared some information on data Parker had collected concerning hypervelocity dust impacts. As minuscule as a speck of dust is, it travels at such incredible velocities it can still cause significant damage to the probe. When NASA gathered the data on dust impacts, Parker was traveling through an area known as the zodiacal cloud. That cloud is made of tiny grains of dust shed from comets and asteroids as they pass through the solar system.

Those tiny dust grains measure between two microns and 20 microns in diameter, less than half the width of a human hair. While the dust grains are extremely tiny, impacts can do significant damage with the probe moving at over 360,000 mph in the dust grains traveling at over 6700 mph. When the dust impacts the surface of the spacecraft, it heats the spacecraft’s surface enough to vaporize material, which is then ionized. Rapid ionization and vaporization creates plasma, and impacts with larger grains of dust generate a cloud of debris. NASA can’t prevent the impacts with the spacecraft, but the impacts provided the opportunity for scientists to study plasma explosions and how they interact with the solar wind.

While the probe is designed to study the sun, it has also captured images of other planets and gathered data on them during its mission. In April of this year, the probe captured images of the dust rings surrounding Venus. The images provided scientists with a complete picture of the dust rings, which had only been hinted at by a probe launched in the 70s called Helios. Parker also took a very cool black-and-white image of Venus in February of this year.

In February 2020, NASA celebrated Parker’s fourth successful close encounter with the sun. At the time, mission planners said the heatshield was 300 degrees hotter than on previous passes by the sun. However, behind the heatshield, the spacecraft and instruments were only about 85 degrees Fahrenheit. At the time, mission planners said that a pass by the sun in 2024 or 2025 would see even higher temperatures.

With each near approach, the spacecraft moves closer and closer to the sun’s surface, allowing it to gather new data. The spacecraft also increases its speed with each pass and remains in excellent condition, with all instruments working perfectly. Parker launched on August 12, 2018. The probe will get closer to the surface of the sun in the future. NASA says that it will be within 3.8 million miles of the surface on its final three orbits of our star.

During its closest approach to the star, the probe will be moving at 430,000 mph. At that speed, it would travel from Philadelphia to Washington D.C. in one second. Data gathered by the probe is critical to helping scientists understand the solar wind, which can impact the magnetic field of our planet and feeds energy into the radiation belts around the Earth. Solar wind contributes to space weather that can be detrimental to satellites and astronauts in orbit. NASA also uses the data it learns about the sun to learn more about distant stars that are impossible to study directly. The mission was named after astrophysicist Eugene Parker.