Incredible picture of Venus taken by the Parker Solar Probe

As its name implies, NASA’s Parker Solar Probe is meant to study the Sun. However, on its way to the Sun, Parker flew past Venus. It took the opportunity to capture some impressive views of the planet during its close flyby in July 2020. While the probe was meant to study the sun, Venus was critical to the mission as the spacecraft will whip around the planet to get gravity assists allowing it to fly closer and closer to the sun to complete its primary mission.

Its near passes by Venus have yielded some unique and unexpected views of our inner solar system. The image below was taken during the mission’s third Venusian gravity assist that occurred on July 11, 2020. The image was taken using the onboard Wide-field Imager for Parker Solar Probe known as WISPR.

The nightside of Venus is seen in the image from a distance of 7693 miles away. WISPR was designed to take images of the sun’s Corona and the inner heliosphere in visible light. It’s also meant to capture images of the solar wind and its structures as they approach and flyby spacecraft.

The image of Venus captured by the camera shows a bright room around the planet’s edge that may be nightglow. Nightglow is light emitted by oxygen atoms high in the atmosphere recombined into molecules on the planet’s nightside. It appears dark in the images because it’s about 85 degrees Fahrenheit cooler than the surroundings. 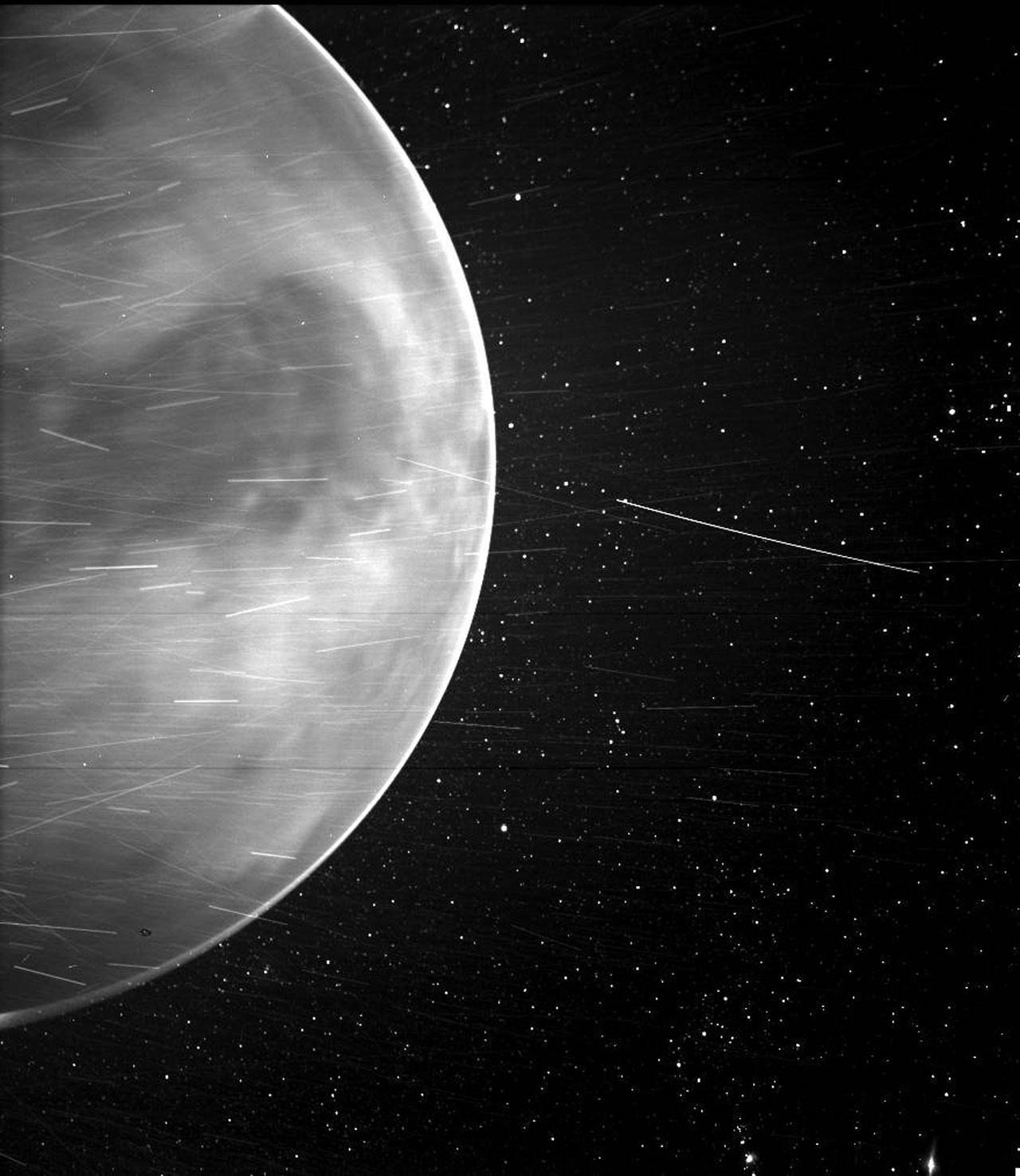 Scientists on the mission team were surprised that WISPR could peer through the clouds surrounding Venus and see the planet’s surface. The imaging system effectively captured the thermal emission of the Venusian surface, according to the mission team.

As a result of the image, the WISPR team went to the lab to measure their instrument’s sensitivity to infrared light. If the imaging system can see near-infrared wavelengths, the unexpected capability could give new opportunities to study dust around the Sun and inside the Inner Solar System. The probe took more images of Venus during a flyby that occurred on February 20, 2021. Scientists expect data to be received and processed from that observation by the end of April.