NASA’s latest announcement in their ongoing mission back toward the moon had to do with power. It was the group known as Maxar Technologies, formerly SSL, in Westminster, Colorado that was at the center of this announcement. It was Maxar that was announced to have won the contract to develop and demonstrate power, propulsion, and communications capabilities for NASA’s lunar Gateway over the next several years.

The folks at Maxar Technologies will be rolling with a contract that begins with a 12-month base period of performance. Once complete, this contract outlines four options. There’s a possibility of one of two 12-month options, a 14-month option, or a 26-month option. During this time, Maxar will create a power and propulsion element for NASA’s future Lunar Gateway.

The power and propulsion element Maxar’s making on contract will use solar electric propulsion. It’s a high-power, 50-kilowatt spacecraft – it’s beefy! It’d better be, too, given its relatively massive mission. Current projections place NASA on the surface of the moon in five years (from now). 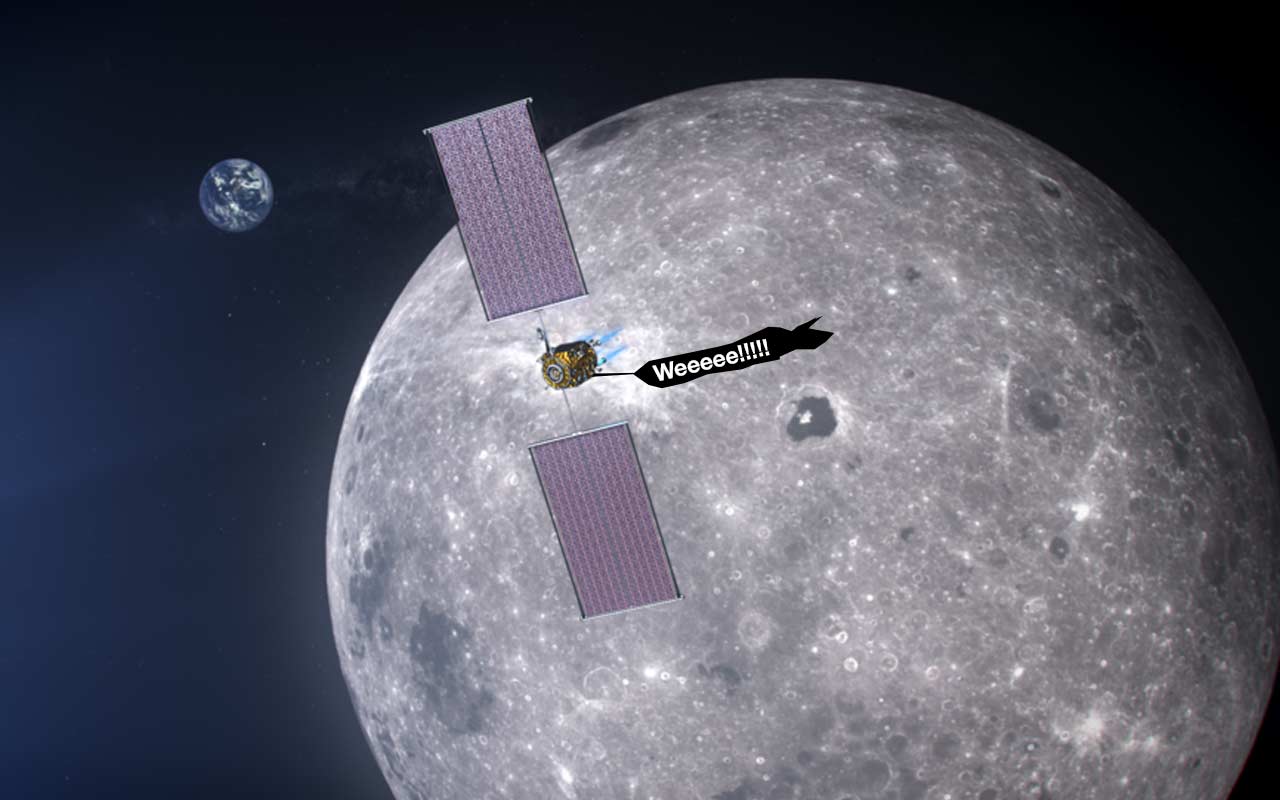 Artemis is an Orion crew capsule that goes around the moon without humans onboard (first in the 21st century). With Artemis 2, we sent humans to the moon. Artemis 3 is the first crewed mission to Gateway and down to the moon’s surface.

Last week Bridenstine spoke about the origin of the name Artemis on a call with media. “It turns out that Apollo had a twin sister, Artemis,” said Bridenstine. “She happens to be the goddess of the moon.”

“Our astronaut office is very diverse and highly qualified,” said Bridenstine. “I think it is very beautiful that 50 years after Apollo, the Artemis program will carry the next man — and the first woman — to the moon.”