A briefcase-sized gadget hiding a powerful laser sounds like a James Bond gadget, but in fact it’s what NASA aims to use to go hunting for water ice on the Moon’s surface. Dubbed Lunar Flashlight, the proposed CubeSat will be instrumental in searching out potential sources of water that future NASA missions could use for deeper space exploration of Mars and more.

While it may be our closest astronomical neighbor, our knowledge of just what’s on the surface of the Moon is actually relatively slight. In darker craters in particular, the exact makeup of the lunar surface is pretty much a mystery.

That’s increasingly a problem as work on the Artemis mission – which will first see American astronauts return to the Moon, before traveling to Mars – continues. One of the key foundations of Artemis is that NASA will be able to tap into lunar resources in order to supply the later missions. That, though, relies on there actually being things like water ice out there.

“Although we have a pretty good idea there’s ice inside the coldest and darkest craters on the Moon, previous measurements have been a little bit ambiguous,” Barbara Cohen, principal investigator of the Lunar Flashlight mission, explains. “Scientifically, that’s fine, but if we’re planning on sending astronauts there to dig up the ice and drink it, we have to be sure it exists.” 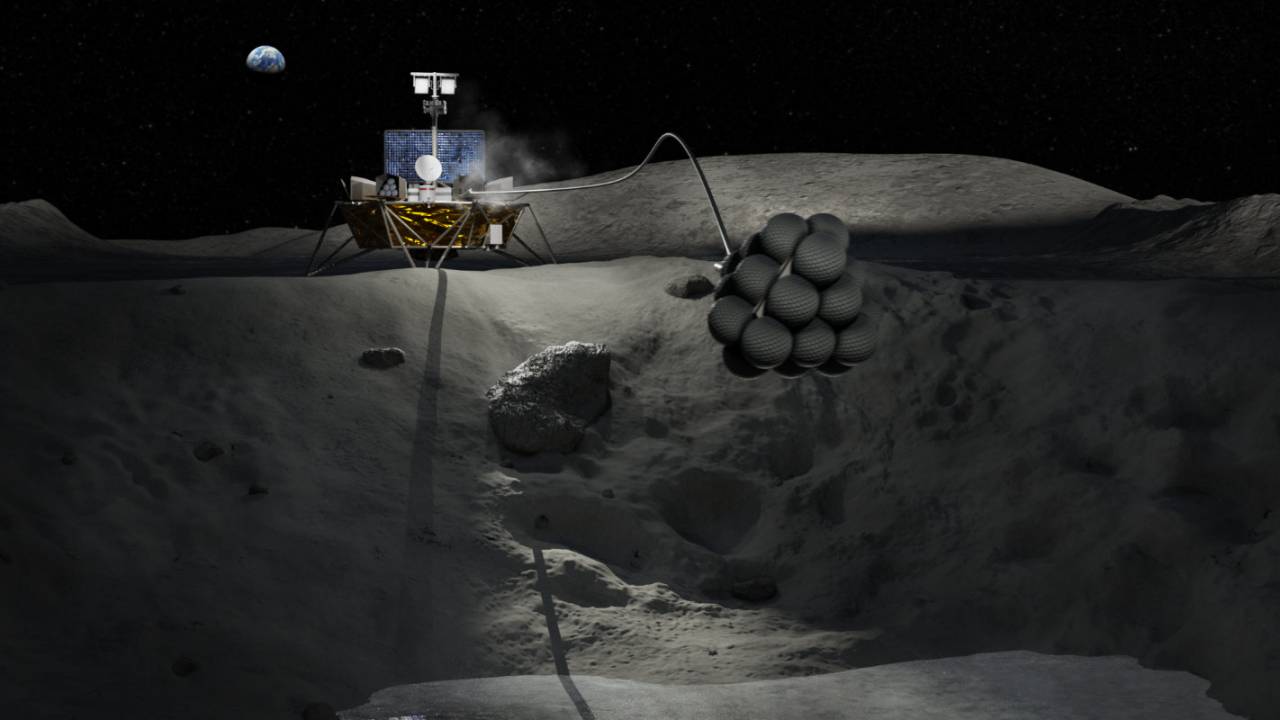 The answer is a tiny satellite with big ambitions. The CubeSat will go into orbit around the Moon, swooping around its South Pole over the course of two months and shining a laser array into the permanently shadowed regions there. In total there are four lasers, using near-infrared wavelengths that behave differently depending on whether they hit bare rock or frozen water.

Regular rock will send the laser light reflecting back to the CubeSat. If less light is reflected, however, that will indicate it has been absorbed by frozen water in those dark craters. The less that gets bounced back, the more water is probably to be found there.

Exactly where the water comes from will vary, scientists believe. Some is likely to have been deposited on the Moon’s surface when it was struck by comets and asteroids, which can be rich in frozen chemicals. Other sources could include interactions between the lunar soil and solar winds. Shielded from the excesses of the Sun, the water and other chemicals in the craters would instead gradually accumulate over billions of years.

How much is there in total remains to be seen, but Lunar Flashlight should be able to fill in the gaps in knowledge about just how much surface-accessible water there could be for the taking. Melted and purified, NASA’s astronauts could use it both for drinking and as part of their fuel source for missions further afield.

Lunar Flashlight is expected to be one of the 13 secondary payloads aboard Artemis I, which will be the first integrated flight test of the Orion spacecraft and Space Launch System (SLS) rocket.