NASA’s Lucy spacecraft may have launched successfully earlier this month, but the mission to scope out eight distant asteroids continues to be impacted by the probe’s malfunctioning solar array. Lucy blasted off from Cape Canaveral Air Force Station in Florida on Saturday, October 16, but it was when the spacecraft separated from the rocket that the issue arose.

Lucy has two huge solar arrays, intended to power the spacecraft’s instruments as it swoops through the solar system. Designed to unfurl from the stowed position and lock into place, one of the arrays completed the operation correctly; the other, though, failed to fully deploy.

Instead, it only partially opened, and did not latch as it was meant to. NASA kept the spacecraft in safe mode, as it examined returning data, though there’s been a mixture of good and bad news in the intervening days.

The bad news is that the solar array still hasn’t unfurled properly, and NASA’s operations team has put the instrument pointing platform’s deployment on hold as it tries to figure out what comes next. The good news, though, is that even without being properly stretched out, that hasn’t presented a major problem. 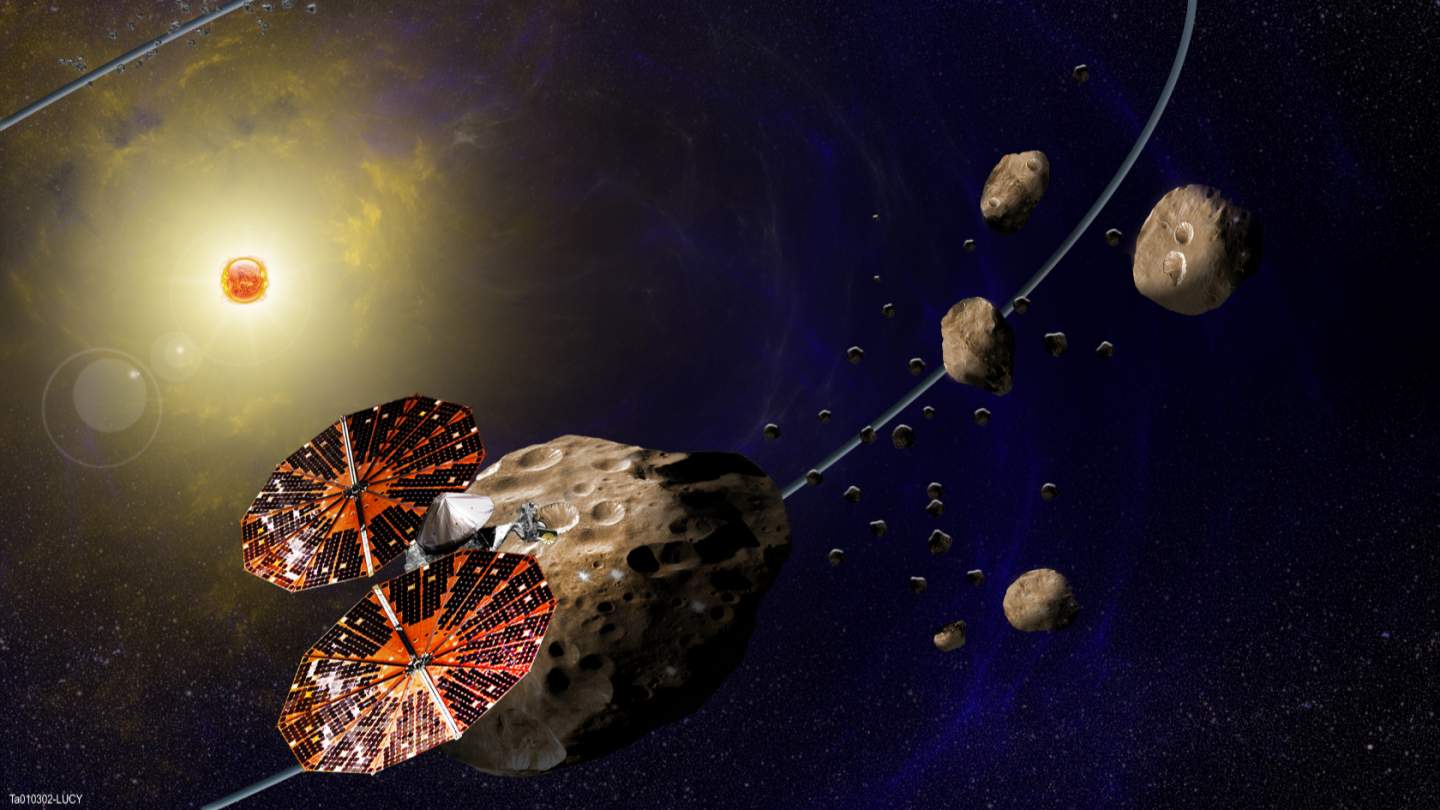 “That solar array is generating nearly the expected power when compared to the fully deployed wing,” NASA said in an update. “This power level is enough to keep the spacecraft healthy and functioning.”

Now, NASA has transitioned Lucy to cruise mode, as the spacecraft moves further away from Earth. It’ll also unlock more autonomy and configuration changes, NASA points out. Other areas are working as planned: Lucy has fired thrusters to complete slew maneuvers, for example, and more small thruster firings are planned to control the spacecraft’s momentum.

There’s a fair amount of time before anything more serious needs to be done in terms of course correction. NASA did have an operation planned – known as the Trajectory Correction Maneuver, or TCM-1 – had separation from the ULA Atlas V rocket not happened at exactly the correct target point. Since that did happen, though, it’s not until December 2021 that TCM-2 is scheduled.

NASA isn’t rushing into anything, as a result. “The team continues its assessment and an attempt to fully deploy the solar array is planned no earlier than the end of next week,” the space agency said.

It’s an early hiccup in what’s scheduled to be a lengthy mission. By the time Lucy’s 12 year journey is through, the spacecraft should have flown through Jupiter’s Trojan asteroid field, eight of which have been preselected as being of particular interest. The hope is that they’ll help explain how the solar system formed early on, in addition to unlocking some of the secrets about why it’s structured as it is.