NASA DART: What comes next for the collision-course asteroid mission

NASA’s DART mission is underway, launching atop a SpaceX Falcon 9 and aiming to answer one of the biggest questions in science – and sci-fi movies: can we avoid a potentially life-ending asteroid strike on Earth? Much to Bruce Willis’ disappointment, we’re guessing, the Double Asteroid Redirection Test won’t try to nuke a rogue space rock altogether. Instead, its ambitions are altogether more focused.

How risky are asteroid strikes on Earth?

We may not realize it, but our home planet comes into contact with asteroids and comets pretty much every day. Tiny space rocks regularly impact with the Earth’s atmosphere, but burn up harmlessly.

Larger rocks, with the potential for more significant impact, are far rarer. There are more than 100 ring-like structures already identified on Earth, which are believed to be impact craters. They’ve accumulated over the course of millennia, and can be 15+ miles in diameter.

In the process, NASA says, they spray a vast eruption of rock and more around the surrounding area. The Rise Crater in Bavaria, for example, was formed roughly fifteen million years ago, a 15 mile depression where what’s calculated to be a 5,000 foot wide comet or asteroid hit. More than a trillion tons of material was scattered from that event, spread all across Europe.

Depending on where the collision takes place, the size of the rock involved could have serious implications for humanity. According to scientists, a asteroid roughly a mile across could upend the global climate and potentially take place several times per million years on average. A 3 mile wide asteroid, meanwhile, would be sufficient for an extinction-scale event.

If you believe the movies, the best way to handle an incoming extinction-scale asteroid is to fly up there – preferably with a team of tough, no-nonsense miners – and plant a nuclear bomb under the surface. NASA’s DART mission, however, envisages a somewhat more nuanced approach. Rather than destroy an asteroid outright, it’s designed to explore the potential to nudge it away from an impact. 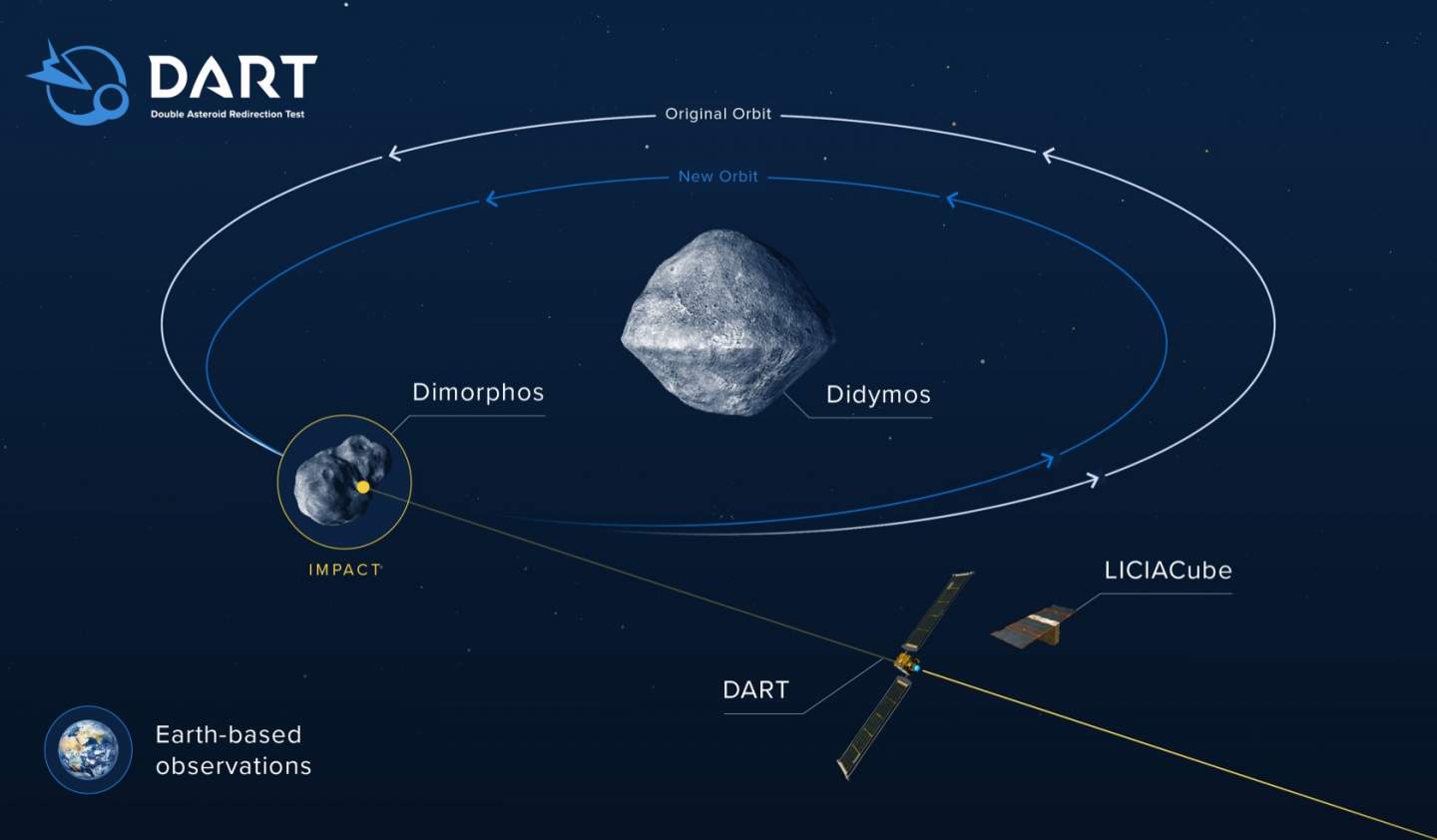 Known as “kinetic impact,” that process eschews blunt trauma for something more targeted. DART is designed to collide with an asteroid – in this case Dimorphos, a half-mile wide asteroid that’s part of the Didymos binary system – and change its trajectory in the process.

DART is only the size of a small car, but it’ll be traveling at 4 miles per second, or 14,400 mph, when it hits Dimorphos. The goal is to produce enough of a shift in the asteroid’s orbit that telescopes back on Earth can observe the change. A CubeSat developed by the Italian Space Agency, known as LICIACube, has hitched a ride on DART too, and will deploy before the impact so as to get a closer perspective of the results. 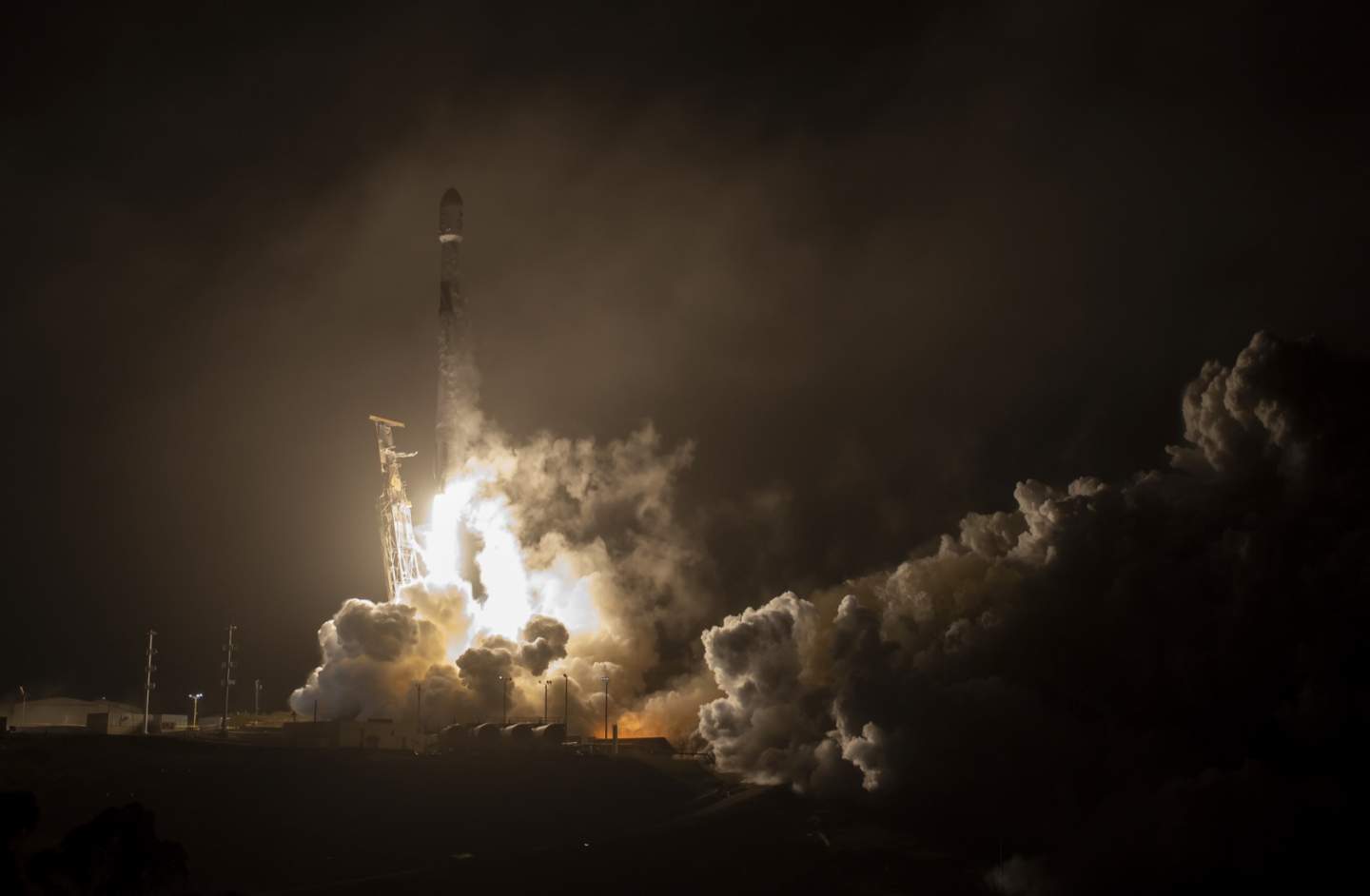 Pointing a spacecraft at the sky and sending it on a collision course isn’t practical when you need to precisely hit a particular asteroid. DART’s impact may be kinetic, but onboard is a fiendishly clever autonomous navigation system developed by the John Hopkins Applied Physics Laboratory (APL). It borrows from technology used for missile targeting, and liberates DART from being remotely guided by the team back home.

Known as Small-body Maneuvering Autonomous Real-Time Navigation (SMART Nav), it relies on the same camera which DART will use to beam back photos of the asteroids to Earth. That – the Didymos Reconnaissance and Asteroid Camera for Optical navigation, or DRACO – will progressively distinguish between Dimorphos and Didymos, guiding the spacecraft in on its final target. 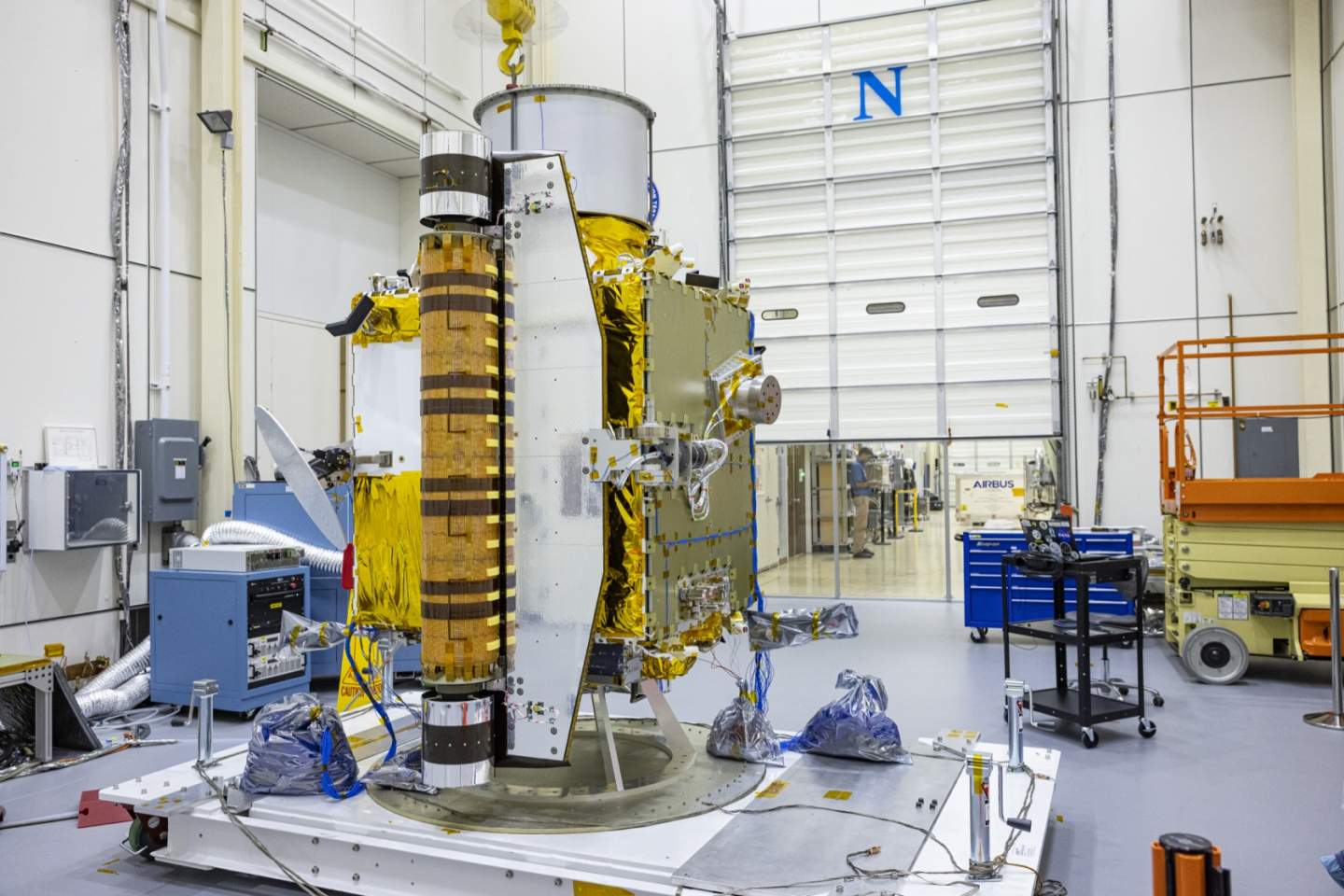 It’s not the only high-tech debut that DART is relying on. The twin 28 foot long solar panels are in fact Deployable Space Systems Roll-Out Solar Arrays (ROSA), being used for the first time in deep space. They power NASA’s Evolutionary Xenon Thruster – Commercial (NEXT–C) ion engine, which the US space agency has high hopes for unlocking future deep space missions with.

DART’s fate is still months away

NASA and SpaceX may have launched DART this week, but the experimental spacecraft has a long trip ahead of it. It’ll be another 10 months until the Didymos asteroid system is around 6.8 million miles from Earth, close enough that the aftermath of the impact should be clear enough.

If all goes to plan, DART will travel just outside of Earth’s orbit around the Sun until the end of September. There’ll be a roughly week-long window for the collision to take place. In-between now and then, the DRACO will activate and begin sending back images.

“DART is turning science fiction into science fact and is a testament to NASA’s proactivity and innovation for the benefit of all,” Bill Nelson, NASA Administrator, said of the mission. “In addition to all the ways NASA studies our universe and our home planet, we’re also working to protect that home, and this test will help prove out one viable way to protect our planet from a hazardous asteroid should one ever be discovered that is headed toward Earth.”

Assuming everything works out as NASA, John Hopkins APL, and their various partners intend, the hope is to use DART’s data to shape an upcoming asteroid collision avoidance system. That will work in tandem with the new Near-Earth Object Surveyor Mission (NEOSM), an infrared telescope designed to help spot possibly dangerous asteroids and comets as they get within 30 million miles of Earth’s orbit. NEOSM is scheduled to launch later this decade.