This week NASA loaded their first Artemis mission Space Launch System (SLS) Rocket Core Stage onboard the Pegasus barge in New Orleans. This stage of the hardware needed for Artemis was loaded onboard the barge on January 8th with plans to deliver to NASA’s Stennis Space Center near Bay St. Louis, Mississippi. This ferry journey mimics that of the NASA Apollo missions in the 1960s and 1970s.

Pegasus is the latest in a line of NASA barges that moved space shuttle tanks from Michoud to NASA’s Kennedy Space Center in Florida. Per NASA, the SLS rocket stage “will take the same water route that the first stages of the Saturn V rocket did when it was transported from Michoud to Stennis for testing during the Apollo Program.” 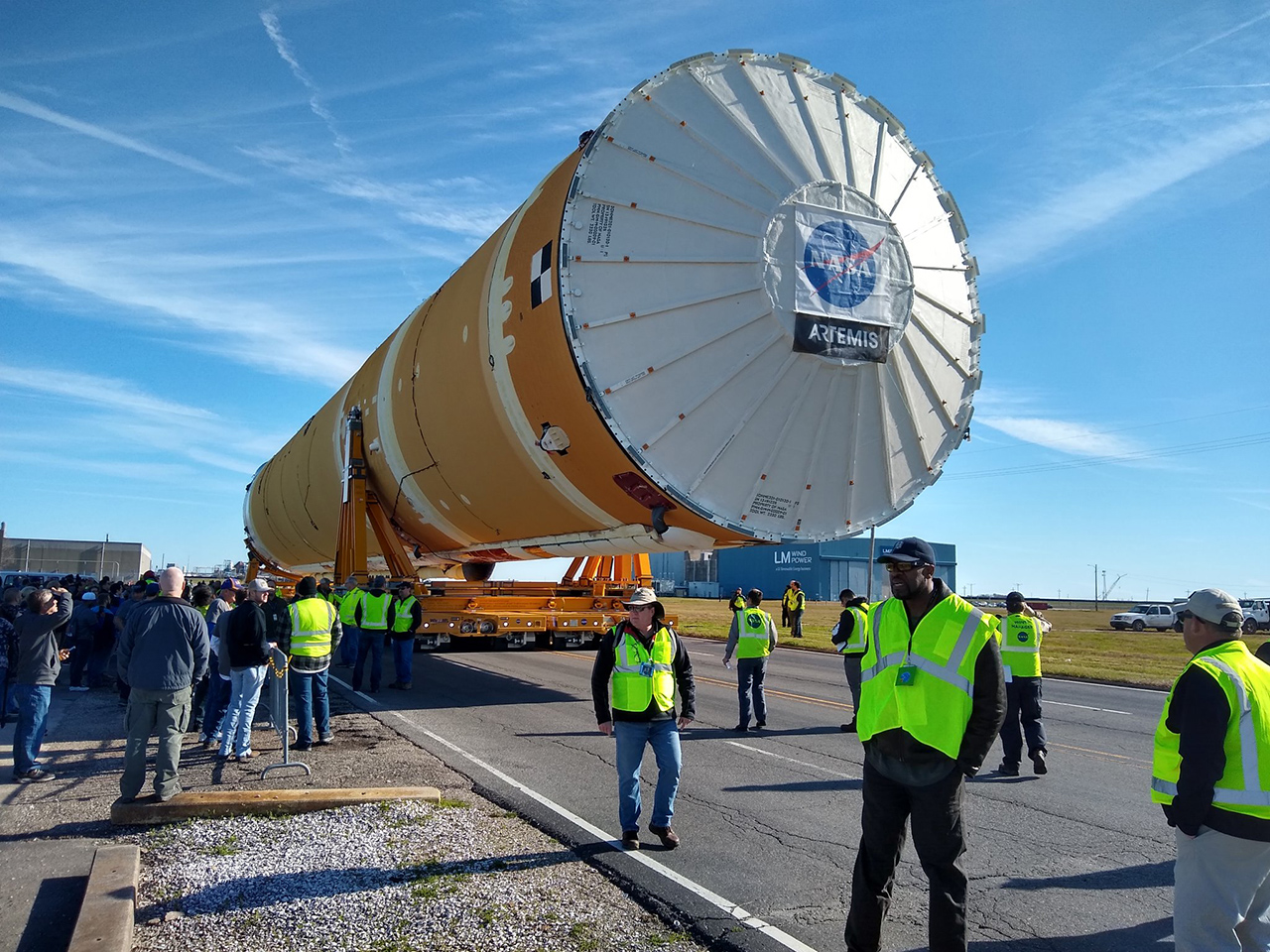 Pegasus was constructed in the year 1999 to transport external shuttle tanks for space shuttles from Louisiana to NASA’s Kennedy Space Center in Florida. Before Pegasus, the Apollo missions and Saturn rocket stages were carried by the NASA barges called Poseidon and Orion. 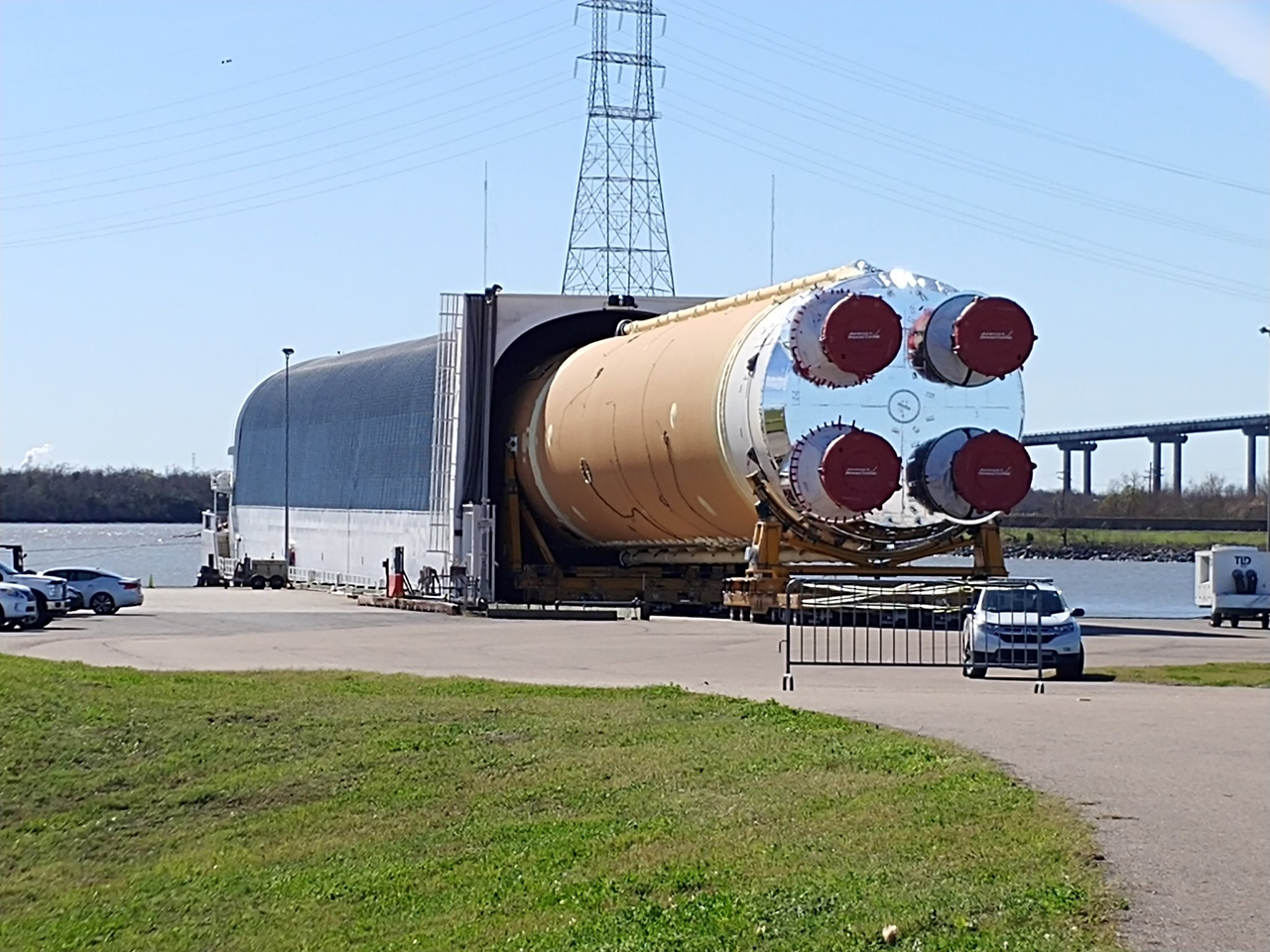 “This is a historic moment for NASA’s Artemis program and a proud time for the Space Launch System Core Stage team as the first flight article leaves the factory floor,” said NASA SLS Stages manager Julie Bassler. The SLS rocket core taking this journey this week is currently the largest rocket core stage NASA has ever built.

Big News! The massive @NASA_SLS rocket core stage rolled out to the Pegasus barge at the Michoud Assembly Facility in Louisiana today! It will now head to @NASAStennis to prepare for Green Run testing. Watch: pic.twitter.com/4XBZ4ibCY3

“The exciting part is this is not going to be done like Apollo … where we put a flag on the moon and left,” said Lionel Dutreix, deputy chief operations manager at Michoud back in June of 2019, with CBS Austin. “We’re going to keep returning to the moon and use it as a technical base and knowledge to go on to Mars. We’ve got to make sure this rocket will meet those needs.” 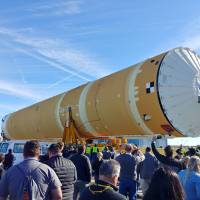 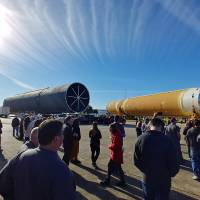 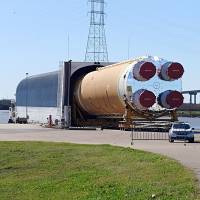 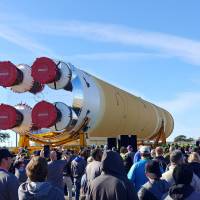 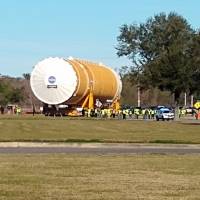 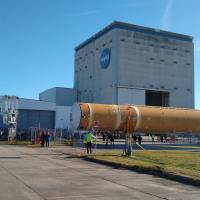 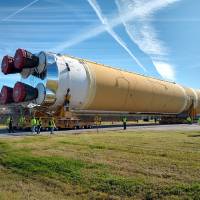 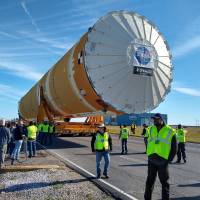 The first flight test for SLS will feature a Block I configuration for a 77-ton (70-metric-ton) lift capacity. This test was originally code-named “Exploration Mission 1” and is now called Artemis 1, and the mission will carry an un-crewed Orion capsule “beyond the moon.”