There’s a new BlackBerry in town, and it’s not just a KEY2. The device is code-named BBE100-2, and up until the launch of the BlackBerry KEY2, we’d just assumed it’d be launched with a lesser cousin. BlackBerry launched the KEY2 on its own, and the BBE100-2 hasn’t appeared in the real world just yet. Except it did, again, in the FCC just this morning.

In the official listing of the BlackBerry KEY2, you’ll find the model numbers BBF100-1, BBF100-2, and BBF100-6. The first two versions are made for different network bands, with one SIM card each, while the “6” version is a dual-SIM iteration of the device. But they’re all KEY2 devices, and they’re all live right now.

The device that appeared in an FCC listing today is a similarly sized and detailed smartphone. Have a peek at our BlackBerry KEY2 review to see the primary device. Then have a peek at the image below, which comes from the FCC listing. Most of the device is blocked out with gray because BlackBerry didn’t want anyone to see what they’ve got up their sleeve. 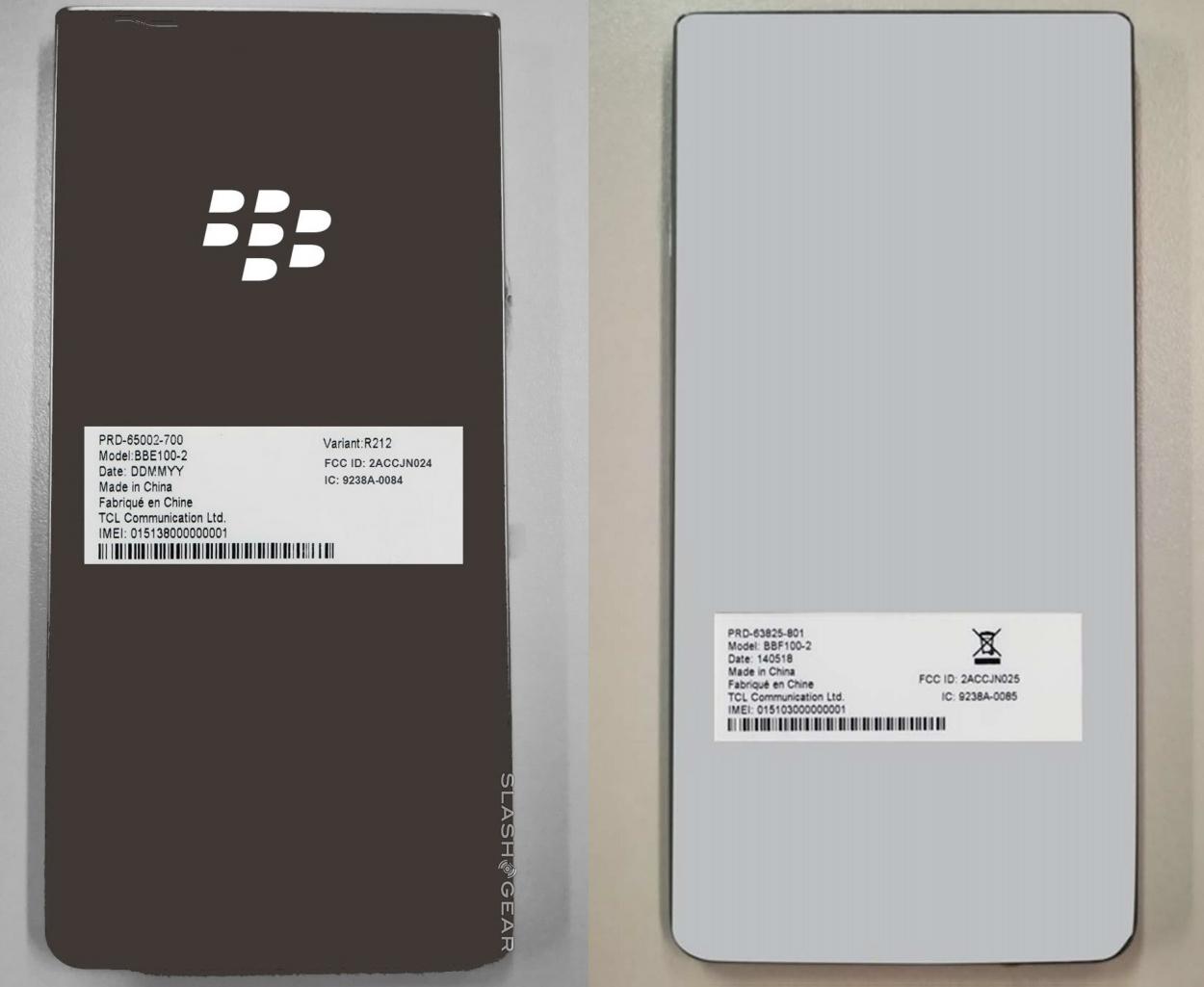 While easily fooled, model name-wise, Geekbench sometimes has some interesting details to lend to an investigation like this. In this case, Geekbench suggests that the BlackBerry BBE100-2 has 4GB RAM, and a Qualcomm processor with motherboard sdm660. It would appear that both the KEY2 and this mystery device have many of the same specs (according to Geenbench) except for the RAM, which is 6GB on the KEY2.

Could it be that this is the “lite” version of the KEY2, a machine that’s very similar to its already-released brethren, but for its processing power. It would not be surprising to see BlackBerry reveal this device in the near future – perhaps at IFA Berlin, 2018? That’d be on or around August 31st, if that’s what’s up – we’ll see!