With the wearable device known as MYO, there’s no need for the computer to see you to understand your commands. Instead, this armband connects to your device – Mac and Windows for now, Android and iOS soon – with Bluetooth and reads gestures you make with your hand and arm through muscle fluctuations. This armband is already out in the wild – the full “second wave” for the public comes in early 2014.

While devices like Leap Motion require that you stay within a pre-determined space that its sensors can “see”, MYO stays within the Bluetooth range of reading. This means you’ll be kicking it at either 100 meters (330 ft) or 50 meters, depending on if you’re working with Bluetooth LE (Low Energy) or not – LE works with the shorter range. 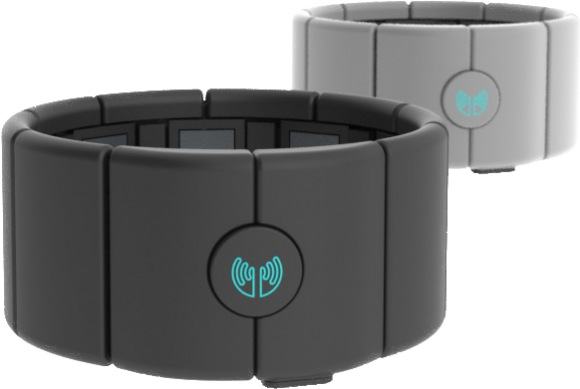 The armband is a “one size fits all” sort of situation, and the final form hasn’t exactly taken shape as yet. The mock-ups you see here are about as close as the team has gotten to a real final form, while demo videos still show a slightly less finessed iteration.

The consumer edition of this device will have a pre-set selection of gestures easily recognized by the sensors in the device. As the developers at Thalmic Labs suggest, this is only done to make things simple right out of the box:

“We want you to have the best experience with your MYO! In order to do this, at the general consumer level we are going to be providing you with set gestures that are easily recognized. This is not due to a technical limitation but instead will allow you to have a more seamless user experience out of the box. You will then be able to decide what each gesture represents.”

Thalmic Labs is a North American based company that was only fully founded in 2012, made up of 21 creative minds and headed by Canadian entrepreneur Stephen Lake. MYO is currently up for pre-order for $149 and again, ships in “early 2014.”