The folks at myCharge have extended their product line again with a whole new series of battery packs for your iPhone, iPad, Android, and micro USB-capable products galore. We got the chance to take a peek at a few of them this week, with the myCharge Peak 6000 extended battery being the king of the pack right here next to the Quest 1000, Journey 1000, Trek 2000, and Summit 3000, each of them with their own set of plugs and abilities. Have a peek at not only the myCharge family here, but listen in as Greg from myCharge explains what makes this mobile battery solution unique.

This new set of battery packs all have the cords you need right onboard. This is different from the majority of the battery packs from other companies out there in the wild and even improves on the previous generation of myCharge batteries as well. The king of this new range of devices, the Peak 6000, has the ability to charge three devices at one time, here with an Apple connector, a microUSB connector, a USB charger, and a USB port onboard.

The Peak 6000 has a monstrous 6000 mAh of power storage onboard, while the Summit has 3000 mAh and the Trek has 2000 mAh, and yes, you guessed it, the Journey and the Quest both have 1000 mAh onboard. Both the Summit and the Peak have wall chargers that charge up the battery at twice the rate that a USB would, while the Trek 2000 has the added bonus of a fold-out Apple dock – that’s the unit you see at the head of this post. 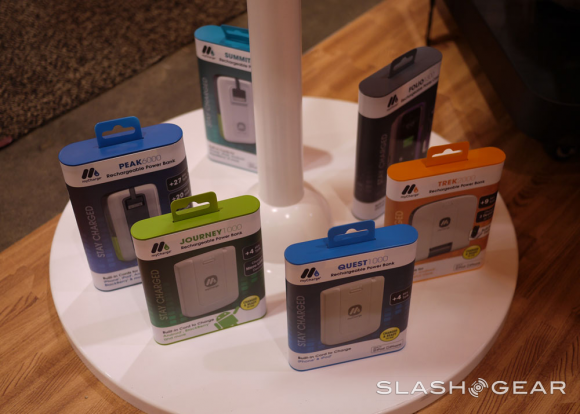 This lineup is about to be available this summer from a variety of outlets as well as straight through mychargepower.com – the company’s online store where you can order direct. Have a peek at our review of a Powerbag as well while you’re at it, this bag being the same one we’re still carrying around to CTIA 2012 today! 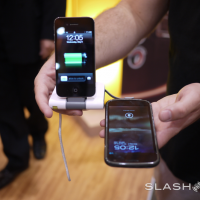 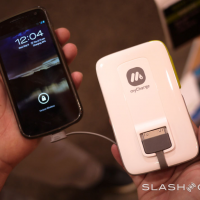 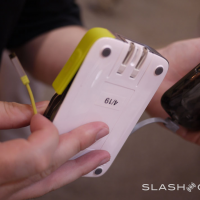 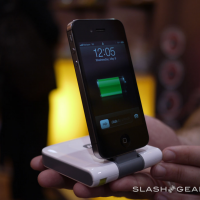 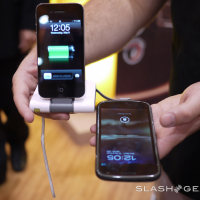 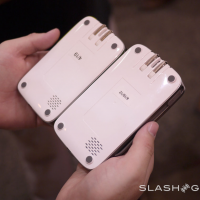 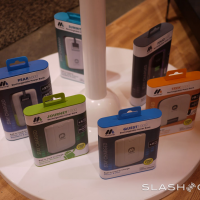