Mt. Gox. That’s a name you probably never imagined, or wished, hearing again after all this time. Good thing that this is more about its CEO Mark Karpelès. Sadly, it might actually still be linked with the scandal that rocked the Bitcoin world early last year. In Japan, Karpelès was arrested on the grounds that he allegedly manipulated the company’s computer systems to add $1 million to his balance, at a time when Mt. Gox has filed for bankruptcy because of its inability to pay back its customers.

Karpelès’ name came into the spotlight when his company Mt. Gox, then the most popular bitcoin exchange, was discovered to have inexplicably lost around 750,000 bitcoins, which amounted to almost $400 million, depending on the exchange rate. If that weren’t bad enough, a leaked document outlined how the company planned to “save face”, practically by misleading the public about the facts. To cut the story short, Mt. Gox later filed for bankruptcy and it seemed that the entire drama has been forgotten.

Fast-forward a year later, the same issue might once again crop up. In Japan, the media showed Karpelès being led in handcuffs from his apartment Saturday morning. The arrest revolved mostly around his manipulation of company computers to inflate his balance. However, an official claims a connection to the bitcoin controversy, saying that some of the lost bitcoins may have never been lost at all. 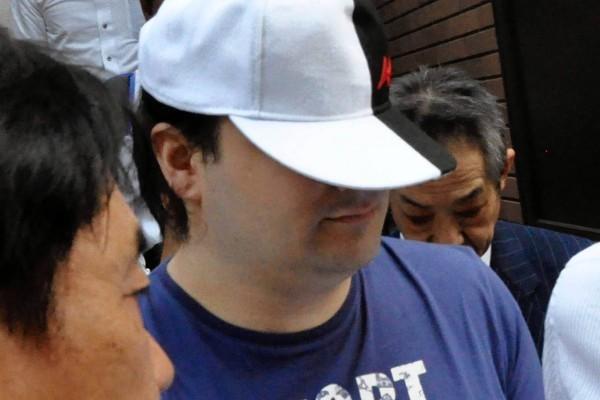 At the moment, no formal chargers against Karpelès have been filed. In Japan, he can be detained for 23 days without being formally charged or without possibility of bail.