The ultraportable appears to be a reasonably straightforward update of the MSI Wind U210, boosting the graphics performance and switching out Vista for a Windows 7 Home Premium install.  Connectivity includes HDMI, VGA, three USB 2.0, ethernet and audio in/out, along with a multiformat card reader, while wireless includes standard WiFi b/g/n and optional Bluetooth.

Battery choices include a three cell pack or six cell pack, the former rated for up to four hours runtime which seems reasonably healthy (we’re used to seeing Intel-based machines get three hours for a three cell pack).  No word on pricing, but the predictions are hovering in the early $400 region. 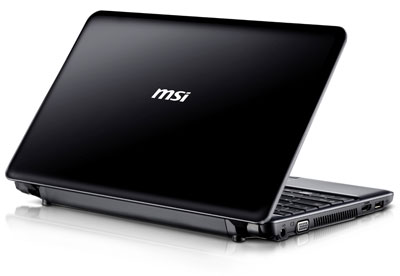