MSI Wind U120 on display at trade show; cavorts with U100

The MSI Wind U120 has been roving the tradeshows, showing off its slick new “Thinkpad-inspired” design and spending some quality time with its parents.  In this case it’s the Wind U100, which looks pretty playtime in comparison to the U120’s sharper edges and two-tone color-scheme.

Hardware differences between the two models are pretty sparse.  The ports have been moved slightly, and the microphone has dropped from the top bezel and down to the right-hand side of the screen.  Both have the same keyboard together with the same internal specifications which we’ve come to know and tire of: Intel Atom processor, 1GB of RAM, the usual netbook fare.

It’s undoubtedly a sharper design, and the inclusion of HSDPA (though it’s not clear if it’s going to be standard across the range or an option) is always good.  The nine-cell battery pack also made an appearance, though doesn’t MSI know that we’ve moved on from “more cells good” to “bigger cells better“? 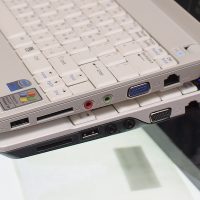 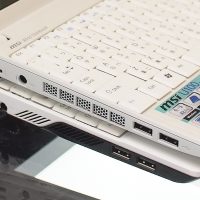 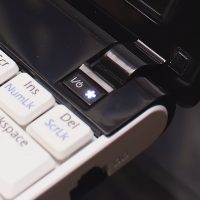 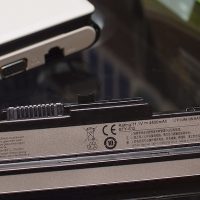 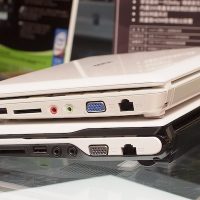 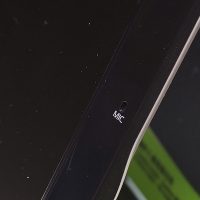 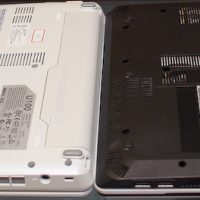 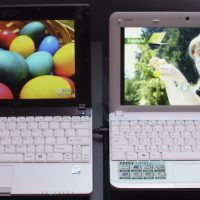