The ASUS Eee Top won’t have the all-in-one nettop field to itself for much longer: MSI are planning some rival integrated nettops of their own, in the shape of the new MSI Wind Neton range just unveiled in China.  The Neton M22, M19 and M16 have a 22-inch, 18.5-inch and 15.6-inch displays respectively, and are all based on either the single or dual-core Intel Atom CPU.  All have a touchscreen option and the M22 – which has a 1920 x 1080 resolution display – can be specified with a Blu-ray drive.

The M16 and M19 both run at 1366 x 768 resolution; where the former has its brains in a hinged box underneath the screen that can pivot as a stand or to hang underneath for wall-mounting, the latter integrates all the components and ports into the body of the screen itself.  A TV tuner is an option on all three models, and the M22 can be specified with a remote control.

All the single-core Atom models run Windows XP, while the dual-core Atom 330 versions get Vista.  Ports include the usual 2-3 USB 2.0 (model depending), audio in/out, ethernet, VGA, memory card readers and PS/2 ports for keyboard and mouse.  The M16 also has a DVD burner. 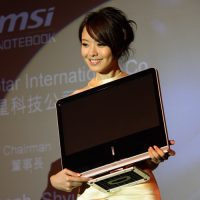 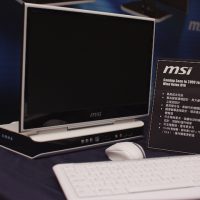 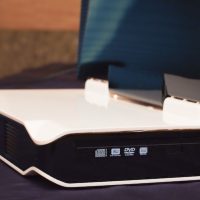 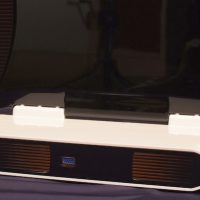 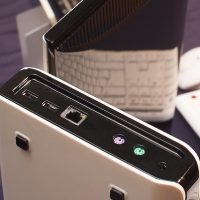 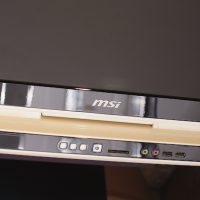 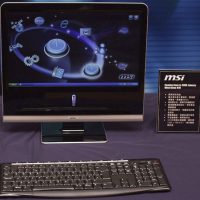 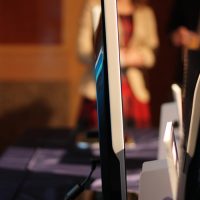 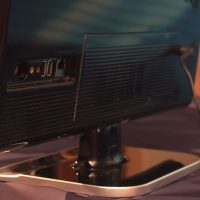 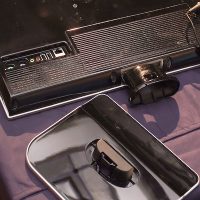