Supposing you’ve never used a SteelSeries keyboard before, or you’ve never seen an MSI-made gaming notebook up close and personal, the ushering in of this lineup should throw you for a bit of a loop. What we’re looking at here is the MSI G Series Gaming collection of gaming laptops, with everything from the GT Dominator to the GS Stealth coming up hard with the ability to support some of today’s hardest-hitting games. Where SteelSeries comes in is in the software side of the keyboard.

What you’re able to do with the SteelSeries Keyboard software integrated into the entire 2014 set of MSI gaming laptop machines is to go fully-custom. With each key individually backlit with a rainbow of colors you’ll find a set of abilities that will match even your most intense of requests for tapping combinations and automation. Set several keyboard setups and switch between the lot of them with a button press, and have each setup tuned to your favorite game. 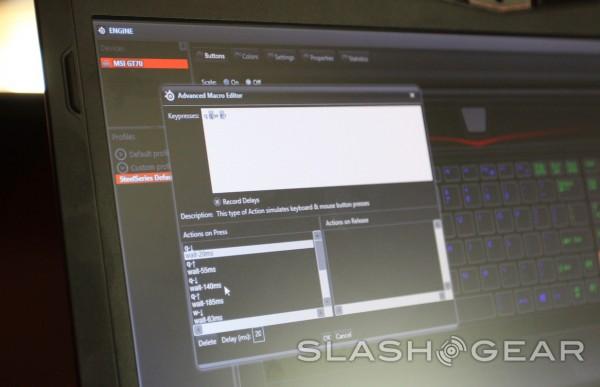 What we’ve seen here is the ability to have the “+” key type out the Declaration of Independence. You could even go so far as to program the words out to be typed with pauses in-between. Configure your keyboard to type letters dependent on what you want where – move WASD over to IJKL if you want to. The demonstration we’ve seen makes us want SteelSeries abilities in every machine we use, point blank.

But here it comes first in the MSI G Series. You’ll find it in the MSI GS Stealth, the GX Destroyer, GT Dominator, and the GE Leopard. These machines all work with a very similar layout inside and out, beaming with the most powerful dragon-infused MSI logo we’ve seen yet, a “G” Gaming Series shield on back and center, popping up to let everyone around you know you mean business. 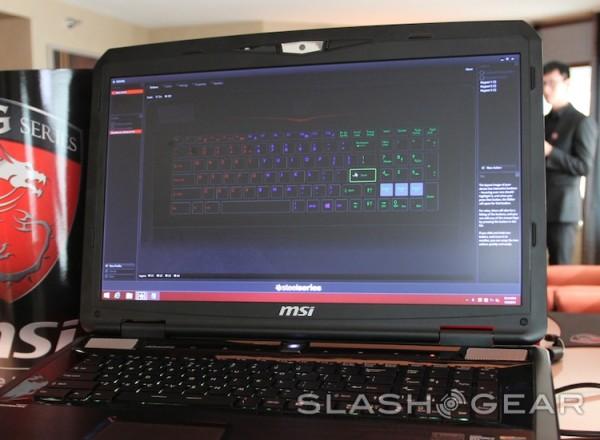 We’ll have a handle on the release dates and prices of this whole lot sooner than later – stay tuned and have a drive down MSI lane below for more!

NOTE: This isn’t the first time MSI notebooks have had SteelSeries keyboard software on them. This is more like an introduction to the next wave – more in-depth than we’ve ever seen before.