From web browser to phone and now to TVs, Mozilla Firefox has quickly outgrown its simple roots and is now aiming for the sky with the ultimate goal of a “Connected Home”. But the size and location of a smart TV present a challenge when designing an interface that goes beyond a desktop window or a smartphone screen. For this purpose, Mozilla has stitched up an interface that is both new to Firefox users yet, at the same time, familiar to those who have already been using Smart TVs for some time.

Mozilla’s interface revolves around cards and decks, which isn’t exactly an entirely new concept. It’s practically the same old interaction model on many smart TVs today, just with a different nomenclature. Cards are the most basic unit of interaction and can represent a TV channel, a device, or an app. These can be huddled together into groups called Decks. By default, the home screen has four decks: TV for live channels, Dashboard for information at a glance, Apps for, well, apps, and Devices for any storage or peripheral currently connected to the TV.

At any point in time, cards inside those decks can be pinned to the home screen for instant access. They can also be grouped into folders for organizing pinned cards. If all of these sound familiar, it’s basically the same metaphor used on smartphones and tablet launchers, just with cards instead of app shortcuts. 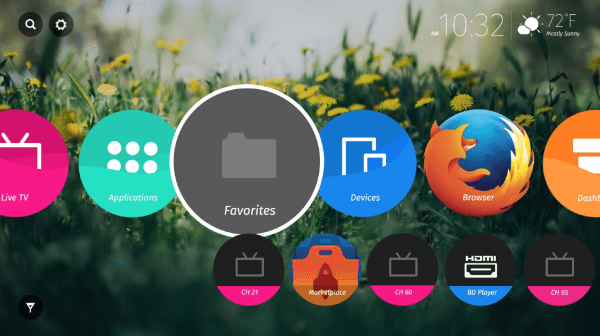 The Apps and Devices decks function as you would expect, allowing users to browse currently installed apps or attached devices and pin them on the home screen too. The apps are probably a bit more interesting, as they seem to be growing in popularity among smart TV users. Mozilla’s particular appeal, or at least its promise, is that apps written for the Firefox web platform will work on any device, be it browser or phone or TV. At least, that’s the theory, but might require some device specific tweaks in practice. 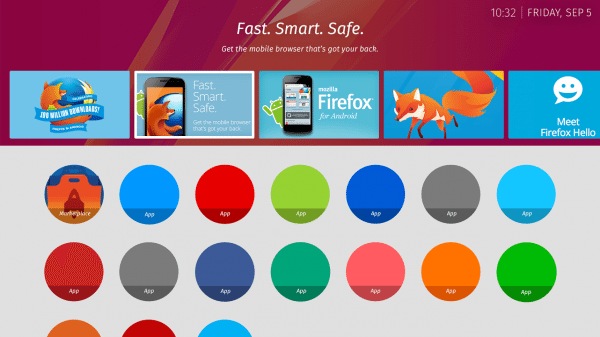 The Dashboard deck is somewhat different as it doesn’t present a deck of cards (in Firefox OS lingo) like the others do. Instead, it shows information that can be digested at a glance as well as easy access to functionality using only the four directions on a remote d-pad. Up takes users to music playback controls, down brings them to the world clock. Left gives access to upcoming TV shows and right surfaces notifications. 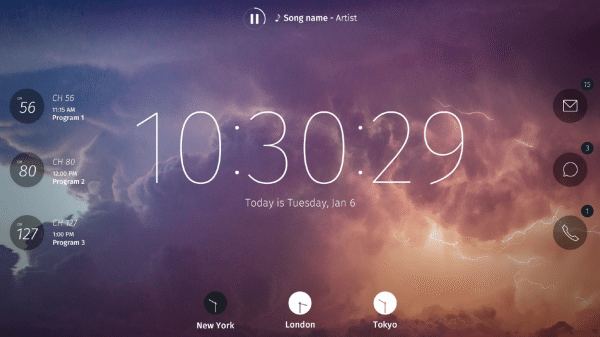 Of course, this sounds all good in theory and screenshots, but, as they say, the test of the pudding is in the eating. For now, Panasonic is the only major smart TV maker committed to using Firefox OS on its models. with Sony rallying behind Android TV and LG and Samsung pushing for their own platforms, webOS and Tizen, respectively.