Motorola Razr 2 may impress little and fold up

Motorola failed to impress the foldable display phone takers in its first attempt. The Lenovo-owned company is now slated to redo it, better this time, by flipping the smartphone experience again at the virtual hardware event lined up for September 9, 2020. The Chicago-based phone maker is expected to release the successor to the 2019’s most anticipated foldable phone – Motorola Razr in Motorola Razr 2 or Motorola Razr 5G, as it is likely to be called.

The 2020 Motorola Razr (codenamed Odyssey) should be a scale up from its predecessor that didn’t score well with consumers for it was exorbitantly priced – $1,500 odd for a device mediocre in specs, weak in performance, and with an inferior battery pack. Going forward, the second generation foldable phone should assuredly seize all the possible loopholes left by the first and make inroads in the market.

Leaked information about the devices doesn’t suggest much of a revelation though. Samsung on the other hand has rolled out the Galaxy Z Flip 5G with flagship-like specifications for slightly under $1,500 – the first Galaxy Z Flip turned out a far superior foldable phone and this time the second one is all set to deliver a knockout punch. This will be a factor playing on Motorola’s mind when it unveils the Razr 5G and buries all the speculations to reveal what the phone will flip out in real sense. 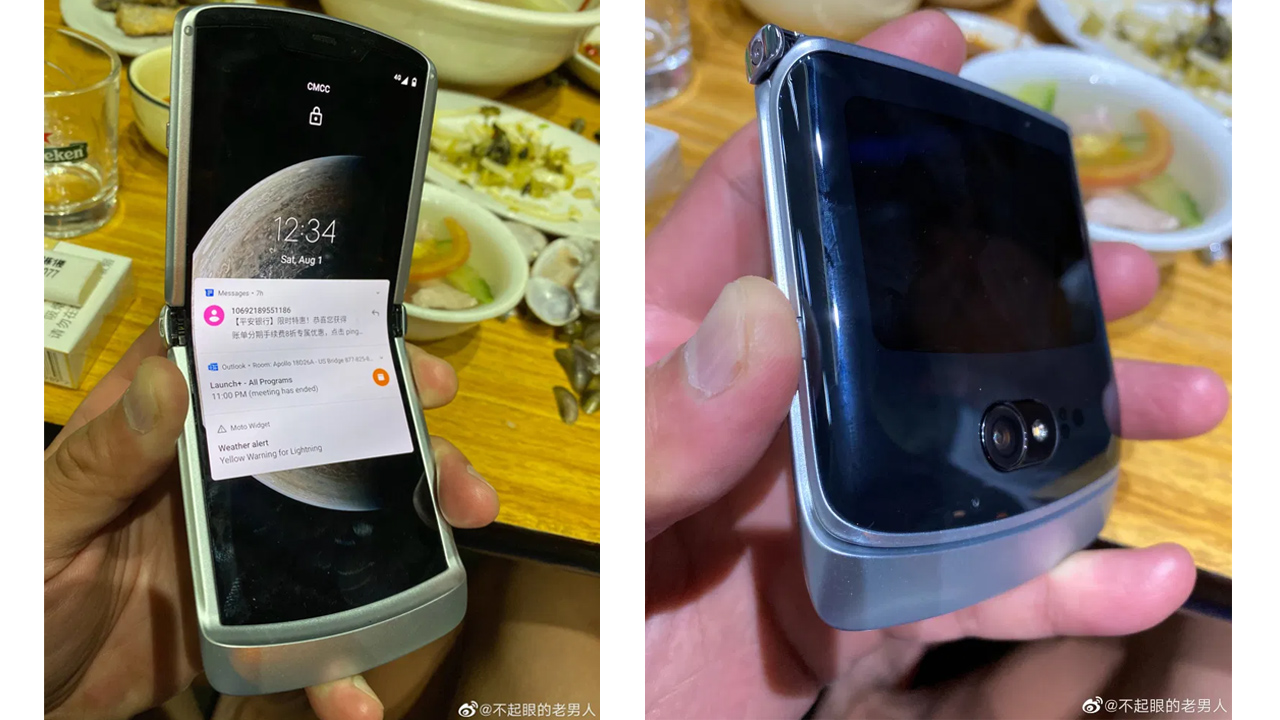 According to speculations, Motorola is going to bring improved specifications to the new Razr phone. It will get a better processor than the Moto Razr – not sure if that’s true in comparison to its competition – but of course will feature sub-6GHz 5G connectivity. Other than that, the 2020 Razr is going to be more or less same supposedly with rounded edges and a slightly redesigned chin, as suggested by a recent image leak on Chinese microblogging website Weibo.

The phone will have a similar sized 6.2-inch OLED display on the inside and 2.7-inch exterior Quick View panel (display may get some resolution lift) and will have improved cameras and dual SIM compatibility. Motorola Razr 5G in its seasoned clamshell design will better the first Razr’s Snapdragon 710 chipset, most likely with the 5G capable Snapdragon 765G, also found under the hood of Motorola Edge.

There are rumors that the Razr 2 will roll out with 8GB of RAM and 256GB of onboard storage, which is more than the last year’s Razr phone with 128GB of storage. A not very considerable upgrade is expected in the battery department – the 2,510mAh battery on the original Razr rarely had anything to boast off. The new Razr is rumored to feature only 2,845mAh battery capacity, which is going to be a turn down for buyers in spite of possible 18W fast charging support.

For the optics, the Motorola Razr 5G is likely to get a 48-megapixel main shooter instead of the 16-megapixel on the first Razr phone. The 5-megapixel selfie camera is expected to be beefed up to 20-megapixel now. There is no real insight on the aperture and other details of the cameras. The phone, as common now, will run Android 10 out of the box (expectedly with provision for more than a year of software updates to follow).

Going by these specification, Motorola’s second foldable smartphone is going to be a disappointment again. The improvements on paper are encouraging in comparison to the original Razr phone, but if you pit it against other phones – even minus the fancy folding gimmick – it doesn’t really impress.
The Motorola Razr 2 will have to do a lot better with battery, processing power, screen resolution and its body construction. All this in a price bracket much lesser than what Motorola asked for the first Razr foldable phone, if it wants to stand a chance to make a money ball. Motorola’s new foldable phone may again be a failure if it fails to debut in a more affordable price in order to compromise for its modest specifications. 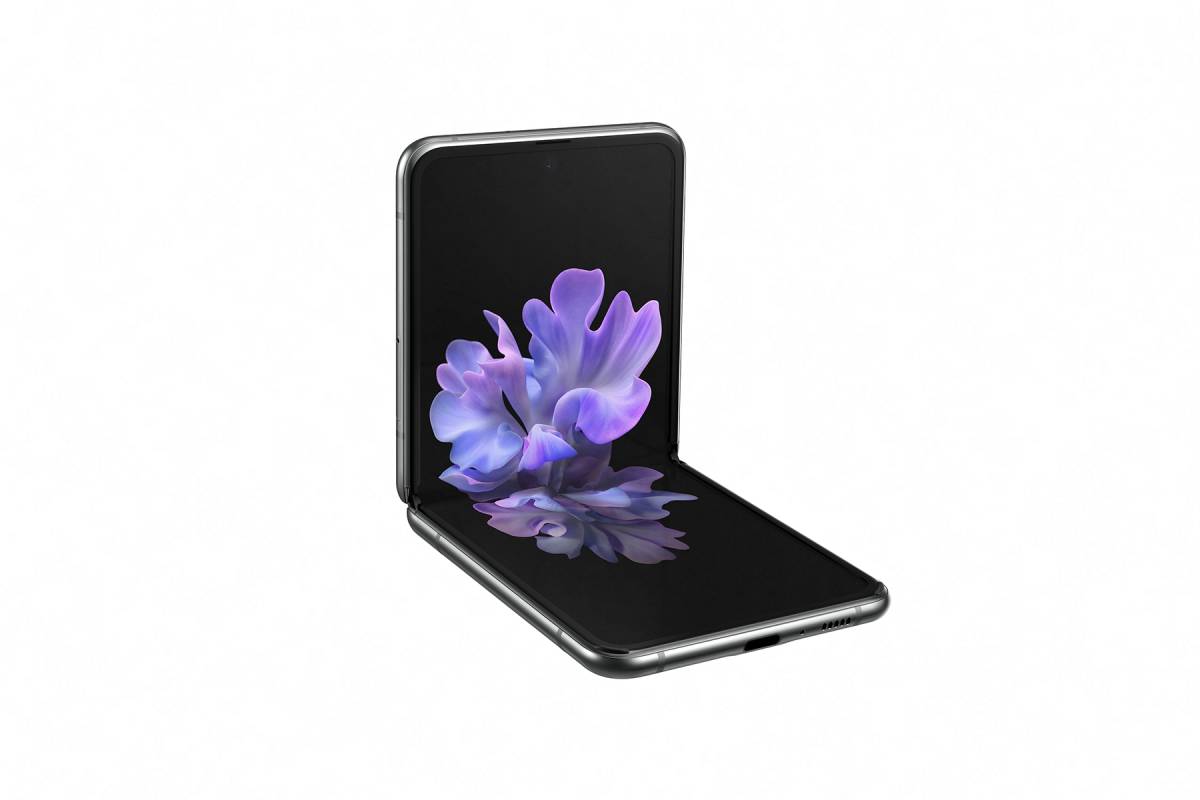 Samsung Galaxy Z Flip 5G will be a straight up competition for the Motorola Razr 5G on launch. The first version of the Samsung device was a better designed folding display phone. Now, with the inclusion of 5G connectivity and some impetus in the specs, the Z Flip 5G will give the new Motorola Razr a good run for its money. The Samsung phone features an external color display and on the inside is a vibrant 6.7-inch infinity flex display with 22:9 aspect ratio to watch your favorite multimedia content. It comes with a significantly faster Snapdragon 865+ under the folding screen for a competitive $1,450 price tag.

As opposed to the likely 48MP camera on the Motorola Razr 5G, the Galaxy Z Flip 5G has dual 12MP cameras featuring a wide and an ultra-wide angle lens. For comparison, the Galaxy device has 8GB of RAM and 256GB of storage, which is the same rumored for the Razr 2. The Z Flip 5G boasts a long-lasting 3,300mAh battery in contrast to expected 2,845mAh in the Motorola’s foldable phone.

For the mass appeal, the South Korean tech giant rolls out its device in Mystic Bronze and Mystic Gray colors. Motorola Razr could come in Mercury Silver – it wouldn’t be a surprise though, if the new variant retains the Blush Gold and Noir Black color scheme of its predecessor.

Galaxy Z Flip 5G is already available for purchase, while Razr 5G is only expected to unveil at Motorola’s online event on September 9. Going by the company’s past record that shipped the Motorola Razr only in January 2020 after launch in November 2019; we are not expecting the new Razr device to make its way to the customers until the end of this year. This gives Galaxy Z Flip 5G a good five month cushion to exploit the foldable display phone market.