Motorola’s DROID RAZR wasn’t the only new Android device the company announced today; there’s the MOTOACTV packing Google’s platform too. It’s a brave move, launching a smart-watch, given the reception to the existing products that have attempted the market, and we’re not entirely convinced that the MOTOACTV will clinch things for Motorola, either. Check out our hands-on first-impressions after the cut.

At 35g it’s certainly light, but it’s also reasonably bulky for a watch (if not for an Android-powered device). There’s no integrated cellphone functionality, of course, but you can pair the MOTOACTV with your Android phone and have text messages and other content pop up on-screen when they arrive. Alternatively there’s the MOTOACTV’s own abilities, including media playback and location tracking. 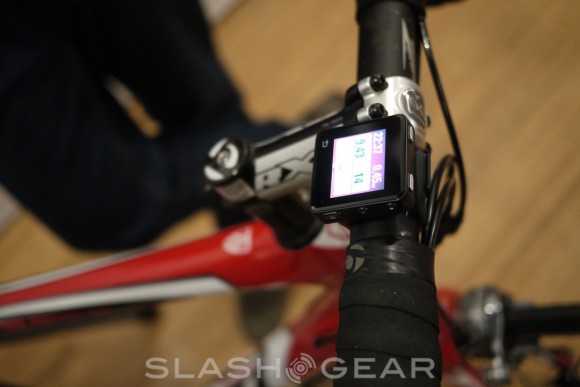 The touchscreen is bright and responsive, though we’ll need to see how it copes in direct sunlight; an important consideration for a gadget intended to be used outdoors. The UI has been modified to make it easier for stabbing at buttons on the move, prioritizing clean design over any fussy MOTOBLUR tendencies.

The biggest hurdle will be the price: $249 for the 8GB version (or $50 more for twice that capacity) which is a whole lot for a glorified remote display.