Renders are nice and shiny, but they don’t always reflect what the real-world product will look like in, well, the real world. Fortunately for us, we now have more than just renders of the Moto Z2 Force to look at now. While the device might actually just be a prototype or a dummy model, it at least gives some hope that the final product will match the things we’ve heard so far, even though not all of them are actually good.

The Moto Z2 Force’s design couldn’t stray too much from last year’s models. That’s because it needs to be compatible with Moto Mods past, present, and future. The one thing that does seem to be missing in this Moto Z2 Force leak is the telltale Moto logo on the back. Either it isn’t easily seen in shiny jet black or this device actually isn’t yet the final thing.

Of course, the photos don’t say anything about the most important, and also most contentious, aspect of the Moto Z2 Force: its specs. It’s going to be high end, of course, with a Qualcomm Snapdragon 835 processor and a shatterproof 5.5-inch WQHD display. It will also have, for the first time, a dual camera system, confirmed by these photos. There are, however, one and a half things that might make the Moto Z2 Force less than stellar. 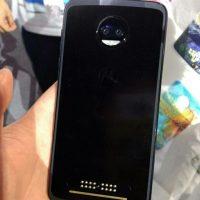 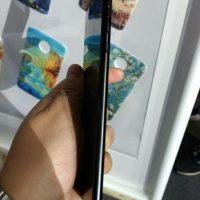 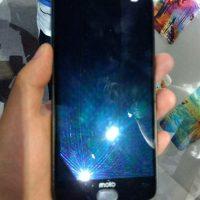 Perhaps more concerning is the rumor that the Moto Z2 Force will only have a 2,730 mAh battery, which is a huge step down from the 3,500 mAh of last year’s model. Perhaps Motorola is trying to give users a reason to get a Moto Mod Battery Extender or it’s just trying to keep the phone slim. Either way, it’s a strategy that could backfire on Moto if it’s not careful.