Since the first announcement of the Motorola-made smartphone Moto G, there’s been chatter about the possibility of expanding its internal memory. This week a teardown of the machine has gone the extra mile in figuring out if indeed this smartphone would be able to work with a microSD card though its official specifications for the public suggest that this is impossible. The first big clue came in the suggestion that one piece of its internal configuration was hiding a microSD card inside.

See that little bit there in the teardown image of the Moto G above that looks suspiciously like the shape of a microSD card? The folks at ArenaMobile thought they’d jump in on this machine to see if they could discover a way to upgrade the storage size of the machine, thinking they’d found pay dirt in that little bit.

Unfortunately in order to gain access to that blue-dot-covered area of the device, one would need to break through soldering, likely destroying the board in the process. In addition, Motorola has confirmed with the group – and subsequently the world – that they’re using an eMMC memory card in the Moto G. They’ve also made clear that a common user should absolutely stay away from replacing this card as it contains the OS itself. Any attempt to upgrade the internal storage, therefor, would result in the busting of the Moto G entirely.

The version of the Moto G you see above is based in Germany, while the images you see below come from a friendly anonymous contributor to SlashGear showing the USA-based iteration of the device. Essentially the same innards can be seen, and from what we’re looking it, it seems that the shape of the component is mere coincidence. 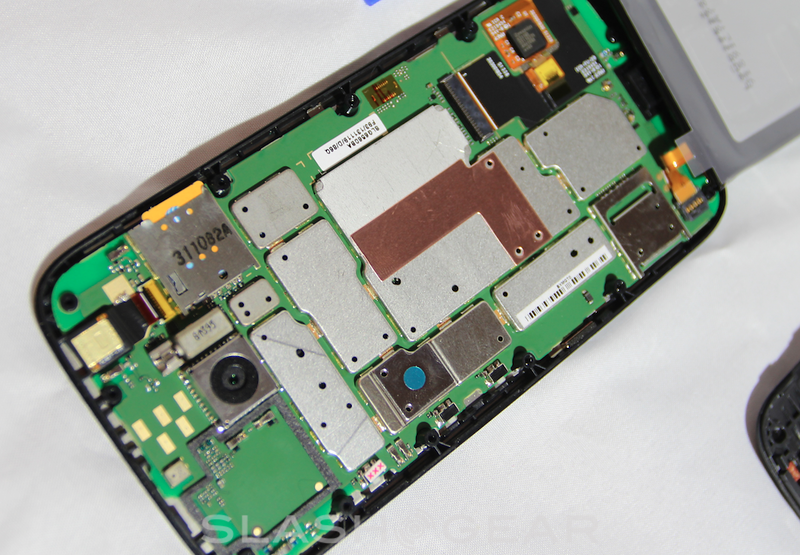 In other words – don’t go trying to tear this machine apart yourself. If you do, you’re gonna have a bad time. Also of note, while we’re inside the USA-based version of the Moto G, is the fact that there’s still the same metal trap for a second SIM card here – bent down so you can’t use it. Including the metal must have been cheaper than creating an entirely different setup for each different world region. 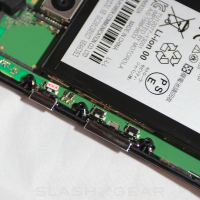 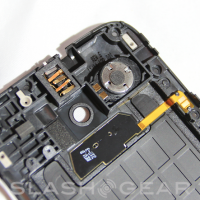 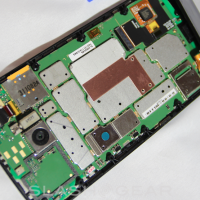 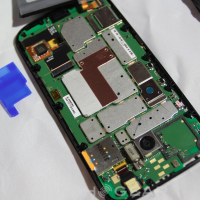 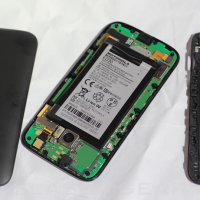 Be sure to have a peek at SlashGear’s full Moto G review as well for more details than you could possibly want or need!