This week we’ve gotten the opportunity to work with the Moto G, the international off-contract hero phone for Motorola. This device was designed to attract users who no longer want to deal with the payment plans involved in on-contract smartphones both inside the United States and abroad, bringing a build that’s well and above previous standards for low-cost Android handhelds. While each version of the Moto G is essentially the same save the radio connectivity, we’re working with the USA-based off-contract model – the same revealed as ready to roll this month.

The Moto G works with a 4.5-inch display with 1280 x 720 pixels across it – this is also known as “720p” for those of you that like keywords. The display works with LCD technology and is both sharp and bright. Inside you’ll get a collection of apps that’s essentially the basics from Google plus a few Motorola add-ons.

NOTE: This is the USA-based iteration of the device, now part of our full Moto G Review as well. 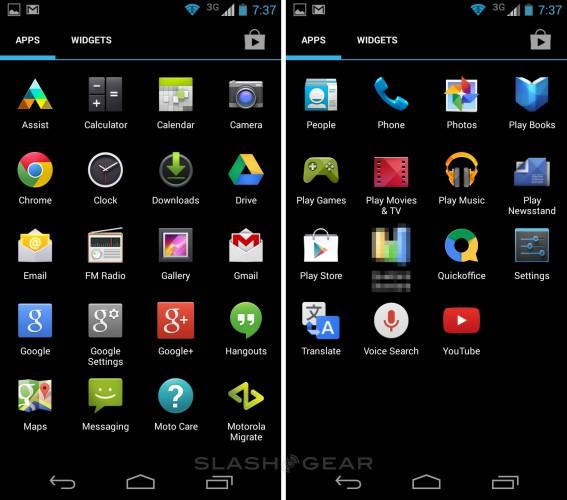 You’ll be able to access Google Now because you’re working with Android 4.3 Jelly Bean right out of the box. Motorola also suggests that the Moto G will work with Android 4.4 KitKat by January, bringing it to a place that’s extremely similar to where the Moto X rests today software-wise. 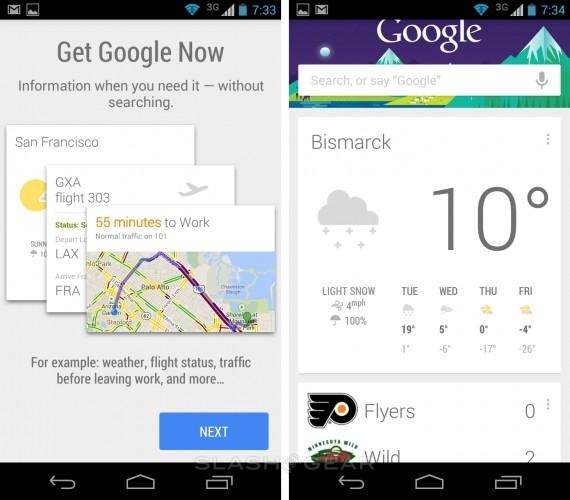 Inside the Moto G we’ve found Motorola’s ability to provide instant feedback and help with the device to be extremely quick to the punch. This service is called Moto Care, and it’s available for free – you’ll chat with text or chat on the phone right from the device itself for any help you might need. When accessing the chat bit, it took around 5 minutes for us to move up the line that was waiting in front of us for quick support. 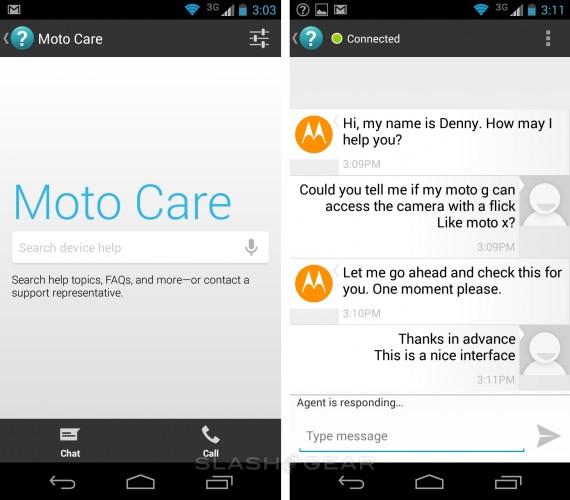 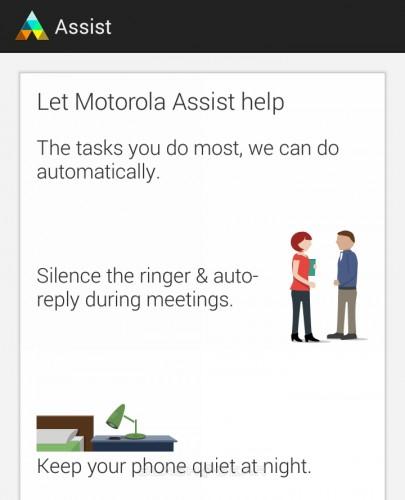 With Motorola’s Migrate service, users will be able to pull in data from their previous device quickly and easily for transition to their new working environment. This service allows both phones to continue working as normal while your data migrates, just so long as they remain in wireless range of one another. 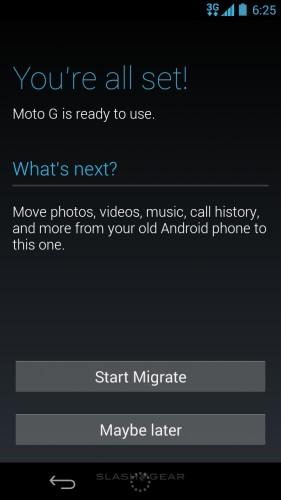 The device itself is an impressive piece of work. Besides the size of the display and the relative thinness of the Moto X under the Moto G, the two could very easily be mistaken for one another. The quality in the build is certainly present here, Motorola has made sure of that.

We’ve taken just a moment to test the benchmarking power of this device, this attained with the standard Quadrant app right out of the box. This device works with a Qualcomm Snapdragon 400 quad-core processor, surprisingly well above last year’s Qualcomm Snapdragon S4 present in the HTC One X you see beating up the charts in this basic collection of previous devices. 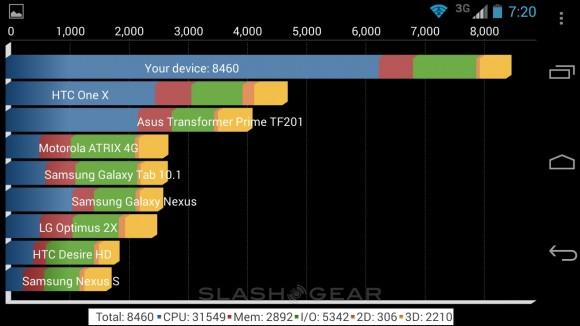 We’ve also taken a very quick set of photos with the Moto G in a variety of environments. This machine’s back-facing 5-megapixel camera is certainly not the finest specimen in the market, but it is capable of creating decent photos. Not in dark locations, and not when the subject is moving at all quickly, but still shots are OK.

We’ll be testing the video recording capabilities of this device for the final review. We’ll also be bringing on battery stats, notes on general usage, and some speed tests for good measure. If there’s anything you’d like to know about the Moto G specifically, please feel free to ask at any time!