This morning Motorola and Lenovo made clear their intentions to release the Moto E4 and Moto E4 Plus. These devices will be available in a “variety of sophisticated metal finishes” around the world – this is a phone that people everywhere will want to take a peek at. The Moto E4 Plus is the one we’re interested in due to its 5.5-inch display for a price that’s lower than average. Meanwhile the standard Moto E4’s nothing to scoff at!

The Moto E4 – the non-plus edition – has a 5-inch HD display with a Lenovo Screen 70% NTSC and 2.5D cover glass. This is somewhat of a rarity – that and 5-inch display would come with 720p resolution. But therein lies one of the keys for this device. With a smaller resolution display, there’s less need for battery power – and with a 2800 mAh removable battery, that means long life. 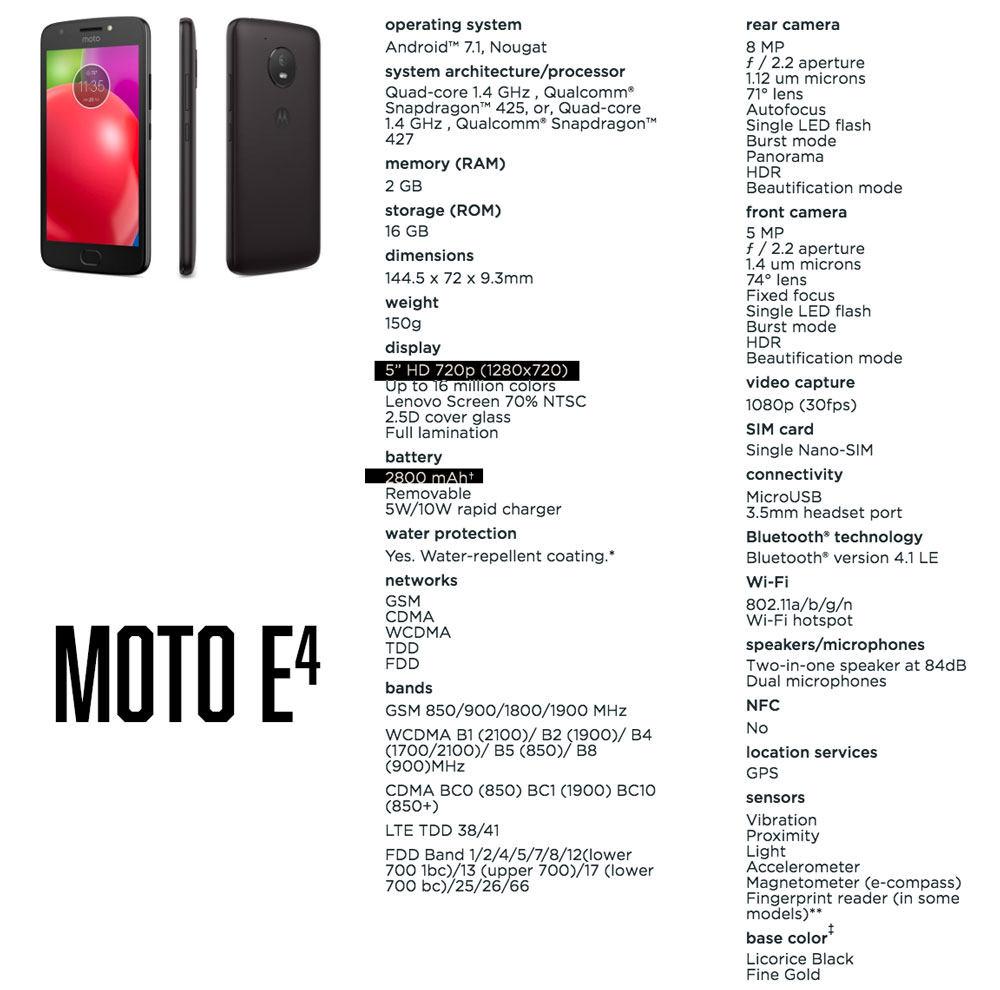 Next you’ll see the full specifications for the larger of the two devices, the Moto E4 Plus. This device has a 5.5-inch display instead of a 5-inch display, and a few other key details making it an impressive relative of the smaller machine. The Moto E4 Plus will be released shortly after the standard Moto E4. 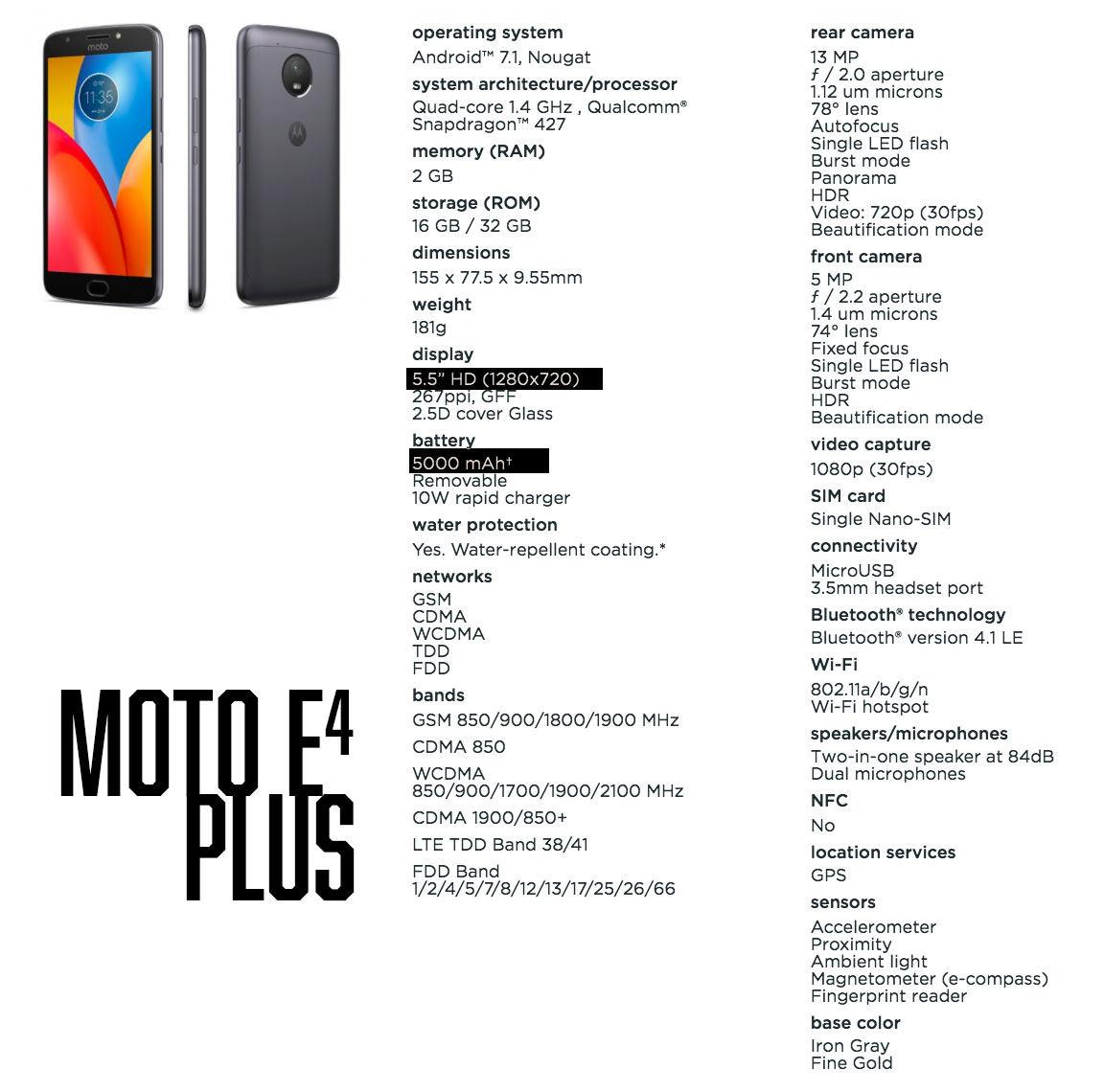