Motorola has officially launched the Moto E, a new first-time smartphone it hopes will expand the market for entry-level users, with a 4.3-inch display, all-day battery life, and Android 4.4.2 KitKat. The new handset will be priced at $129 unlocked and SIM-free, with no carrier commitment, and includes a 5-megapixel camera. However, there’s no LTE support.

Instead, you get 3G/UMTS at most, along with quadband GSM and triband CDMA. There’s also WiFi b/g/n (2.4GHz) and Bluetooth 4.0 LE. 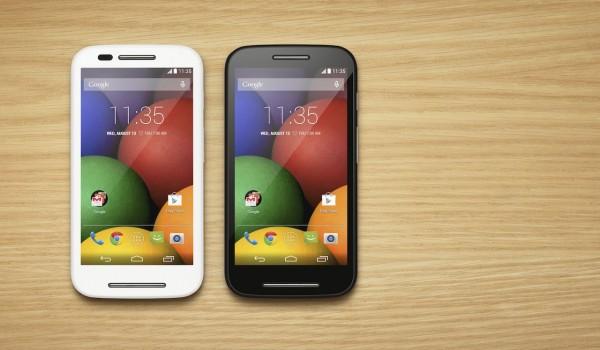 Sensors include GPS and GLONASS, along and the whole thing ticks along on Qualcomm’s Snapdragon 200 with a 1.2GHz dualcore processor. That’s paired with 1GB of memory, and there’s 4GB of storage and a microSD slot supporting up to 32GB cards.

While you get a rear camera, you don’t get a front camera for selfies, and the Moto E can only record up to FWVGA 30fps video, at 854 x 480. Considering 720p is probably the standard many users expect these days from their smartphone, that seems on the low side.

Still, others will be pleased with the dual-SIM option, and the fact that you still get an FM radio. The phone follows on in the footsteps of the well-esteemed Moto G and Moto X.

Preorders are available for the US GSM model from today, in a choice of black or white finishes, with Motorola expecting to ship the Moto E for delivery between June 3rd and June 6th. The Moto E Global version is shipping already, and should be delivered within 4-5 business days, Motorola says. There’ll also eventually be a range of different colored shells. 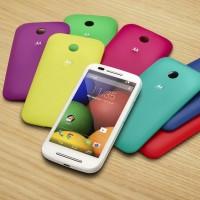 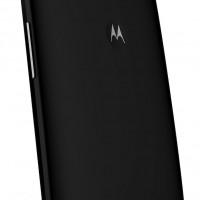 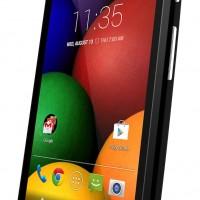 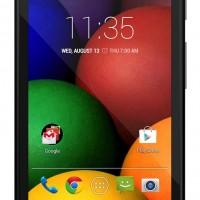 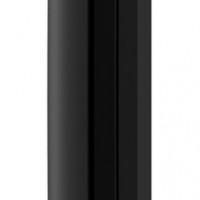 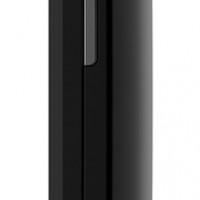 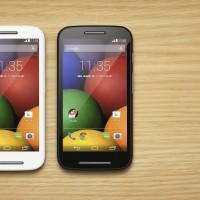 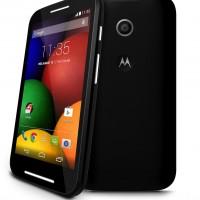 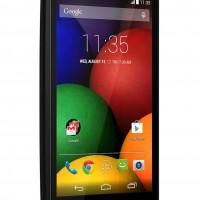 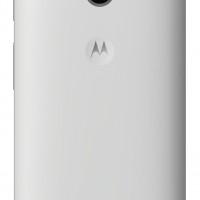 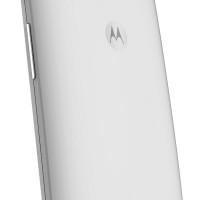 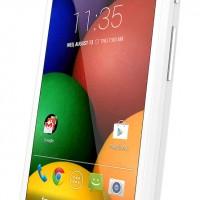 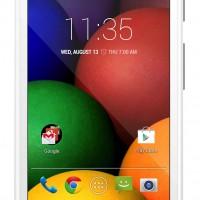 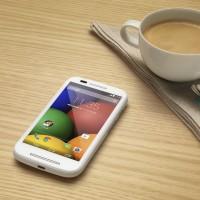 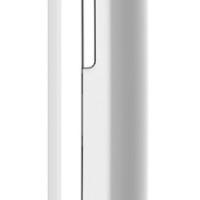 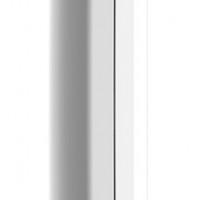