A new Google Glass app that turns the wearable into an intelligent life-logging camera has been released, Moment Camera, promising to automatically figure out the best times to capture a frame. The app claims to use Glass’ various sensors to pick a moment when the camera is steady, the lighting is at its best, and when the potential subjects are in the best pose for a photo, and then grabs an image automatically, leaving the wearable’s wearer to get on with experiencing the moment.

The duo behind Moment camera, Satish Sampath and Kenny Stoltz, are keeping the exact algorithm close to their collective chest – all their FAQ says on the matter is that “we look for good photos, take them, and then analyse them to figure out which ones are the best ones – but the promise is that the system will improve over time as people continue to use the app. Images are stored in the cloud but kept private by default, though obviously can be shared through the usual Glass system.

Since Google has been pretty adamant about people knowing when Glass is taking a photo, while Moment Camera is running the headset’s display remains perpetually active. That obviously has an impact on battery life: supposedly, with it turned on continuously, a v.1 Glass can last for around 90 minutes from a full charge.

It’s not the first life-logging system we’ve seen of late, of course. Narrative’s Clip, shown above next to Glass, attaches to a shirt or lapel and fires off a frame every 30 seconds. That proved to be a surprise hit on Kickstarter, with deliveries to backers kicking off late in 2013. 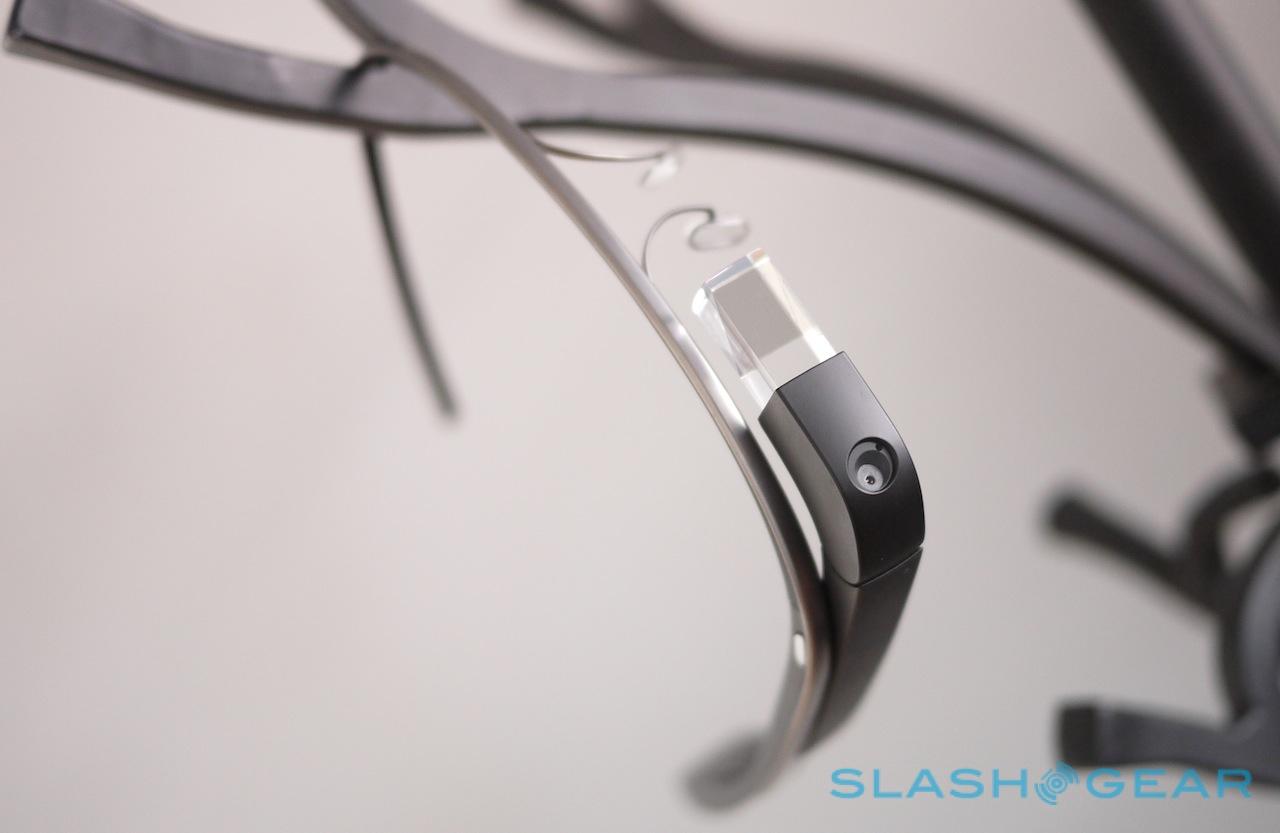 The difference between Narrative and Moment Camera is the idea of perpetually recording: right now, battery issues mean the Glass app probably isn’t something you’d expect to have running day-in, day-out. However, if that could be worked around somehow, Google does already have the infrastructure to do very interesting things in life-logging.

The successfulness – or otherwise – of that contextual layer is something still missing from most of the wearable tech we saw at CES 2014 last week. Narrative does it in what seems on the face of it a similar way to Moment Camera: server-side processing of the images to pull out the successful ones. Without it, you’d end up with gigabytes-worth of pictures to trawl through, something most people aren’t going to devote time to.

Moment Camera for Glass is available for sideloading now, though you’ll obviously need Google’s wearable in order to use it. Still, the duo behind the app says there’ll “soon” be similar apps for phones, too.