This past week Niantic released their schedule for Moltres, Articuno, and Zapados, the first three Legendary Pokemon in Pokemon GO. The first switch-up between the first and second Pokemon on this list happens this afternoon. Articuno has been out since July 22nd, and the first day for the next Legendary Raid Boss is today!

Today’s switch-up may overlap between the last and the next. That means that there may be some time today when both Articuno and Moltres are available. If that happens, we’ll expect Lugia to be available throughout the day, too. There is a POSSIBILITY that Lugia’s last day is today, too – though Niantic has not confirmed nor denied this yet.

The next Pokemon coming to Pokemon GO is indeed Moltres. This is the fire type Pokemon from the original three Legendary Bird Pokemon team. Lugia is the trio boss, and the last monster on the list of birds in this Legendary collection (from gen 1 and 2, that is) is Ho-Oh! 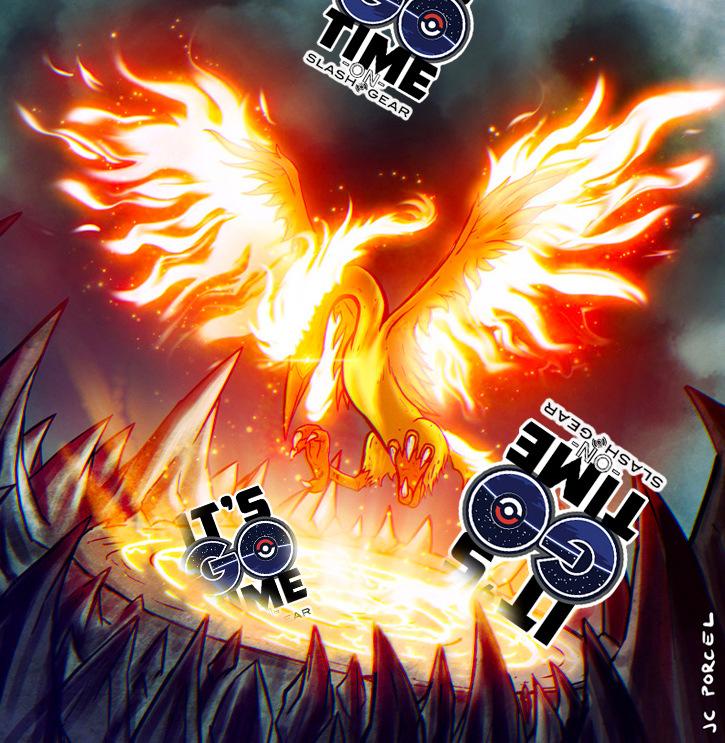 Moltres is pretty much the weakest of the three base Legendary bird Pokemon, so it shouldn’t be TOO difficult to beat. You’ll still need to roll in with at least 6 other trainers – unless those trainers are YOLKED OUT with nothing but max-level Tyranitar teams. The list of Pokemon you’ll want to bring with you, potentially, is as such:

Especially powerful against Moltres, aka Moltres’ weaknesses, are Rock Type Pokemon, Water Type Pokemon, and Electric Type Pokemon. If you’ve got a bunch of Golems and Vaporeon on your team, you’ll also probably do pretty well. You might also want to fill the 6th spot on your roster with a big monster Blissey, just so you don’t get knocked out the block before the end of the battle.